Belgium calls for sanctions against Israel if it annexes West Bank 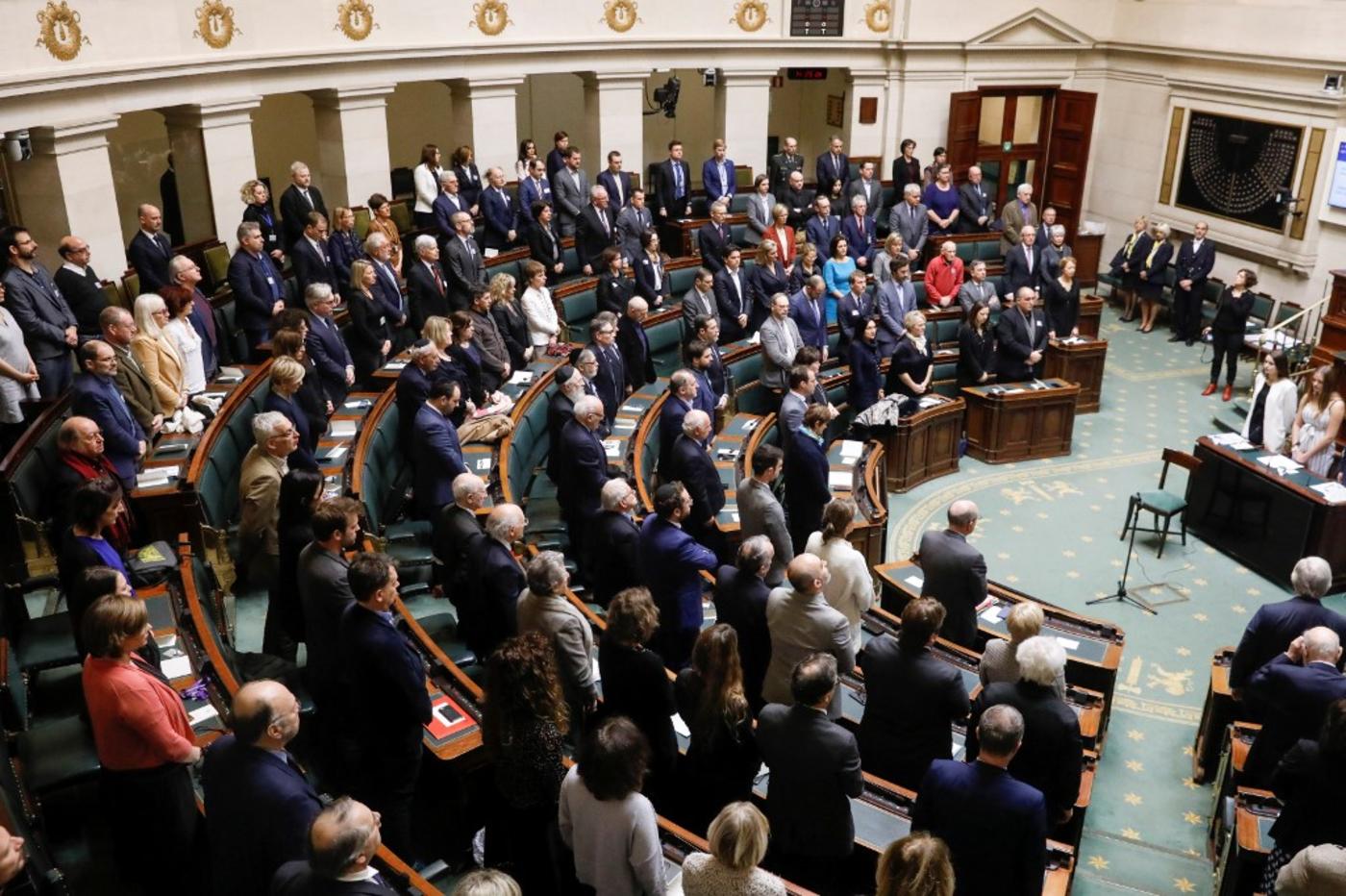 The Belgian Chamber of Representatives voted to create a list of potential "counter-measures" that could be implemented should Israel go forward with its West Bank annexation plans.

In a 101-0 vote, with 39 abstentions, Belgium's parliament on Friday called for the government to create a series of reactive proposals to come into play if Israeli Prime Minister Benjamin Netanyahu goes ahead with annexing parts of the occupied West Bank on 1 July.

The proposed measures, which have yet to be published, will be "geared at responding in a proportional manner to any Israeli annexation of occupied Palestinian territory", according to the resolution.

They also call for Belgium to push for resolutions against annexation in the UN Security Council, of which it is currently a member.

The motion urges the government to "to take the initiative with third countries, at European and multilateral levels, to prevent the annexation [by] Israel of the Palestinian territories, or parts of them".

The chamber was originally scheduled to vote on the sanctions measure, as well as a second resolution to recognise Palestine as a state, on Thursday, but the vote was postponed over objections from some MPs.

On Friday, the Palestinian statehood resolution was postponed again amid last minute amendments, the Times of Israel reported.

Socialist MP Malik Ban Achour, one of the supporters of the statehood resolution, said such a move would symbolise Belgium's support for a two-state solution based on "coexistence" and "the right to live in peace and security with mutually recognised, accepted and respected borders".

Both resolutions were proposed by MPs from left-wing parties, including the Socialist Party and members of the French and Green parties.

The legislators "share serious concerns about President Trump’s plan for the Israeli-Palestinian conflict and the imminent prospect of Israeli annexation of West Bank territory", referring to the US administration's so-called "deal of the century" proposal.

In the event of annexation, the European Union would require consensus among its 27 member states to implement significant sanctions against Israel, but some countries, including Hungary and Austria, are widely expected to veto any strong initiatives.

On Wednesday, the UN and Arab League called on Israel to "abandon" its West Bank annexation plans.

UN Secretary-General Antonio Guterres, addressing a virtual meeting of the Security Council, said Israel's annexation of Palestinian land would be a "watershed moment" and mark a "serious violation of international law".

"I call on the Israeli government to abandon its annexation plans," he said. Meanwhile, the Arab League said Israel's actions may trigger a major escalation of conflict in the region.

"For three decades, real peace and the creation of an independent Palestinian state, remain elusive... despair is dominating the Palestinian mood and scene," said Ahmed Aboul Gheit, head of the Arab League.

Palestinian Foreign Minister Riyad al-Maliki warned that any annexation would be a "crime", adding that Israel's objective had for decades been to seize "maximum Palestinian land, with minimum Palestinians".

"Israel is testing the resolve of the international community, thinking that its colonial apartheid will prevail… We must prove it wrong," Maliki told the Security Council.

US Secretary of State Mike Pompeo said on Wednesday it was up to Israel to decide whether to annex settlements in the occupied West Bank. His comments came after senior aides to Trump met for a second day to discuss whether to give Netanyahu the green light for the move.

While presidential adviser and son-in-law Jared Kushner had reportedly asked Netanyahu to delay the 1 July schedule for annexation, Pompeo, speaking to reporters this week, said extending the annexation was a decision "for Israelis to make".