Blood and treasure: The costs of the Iraq war

Hundreds of thousands killed, millions forced from their homes, and billions of dollars squandered. The legacy of Iraq's war, in numbers 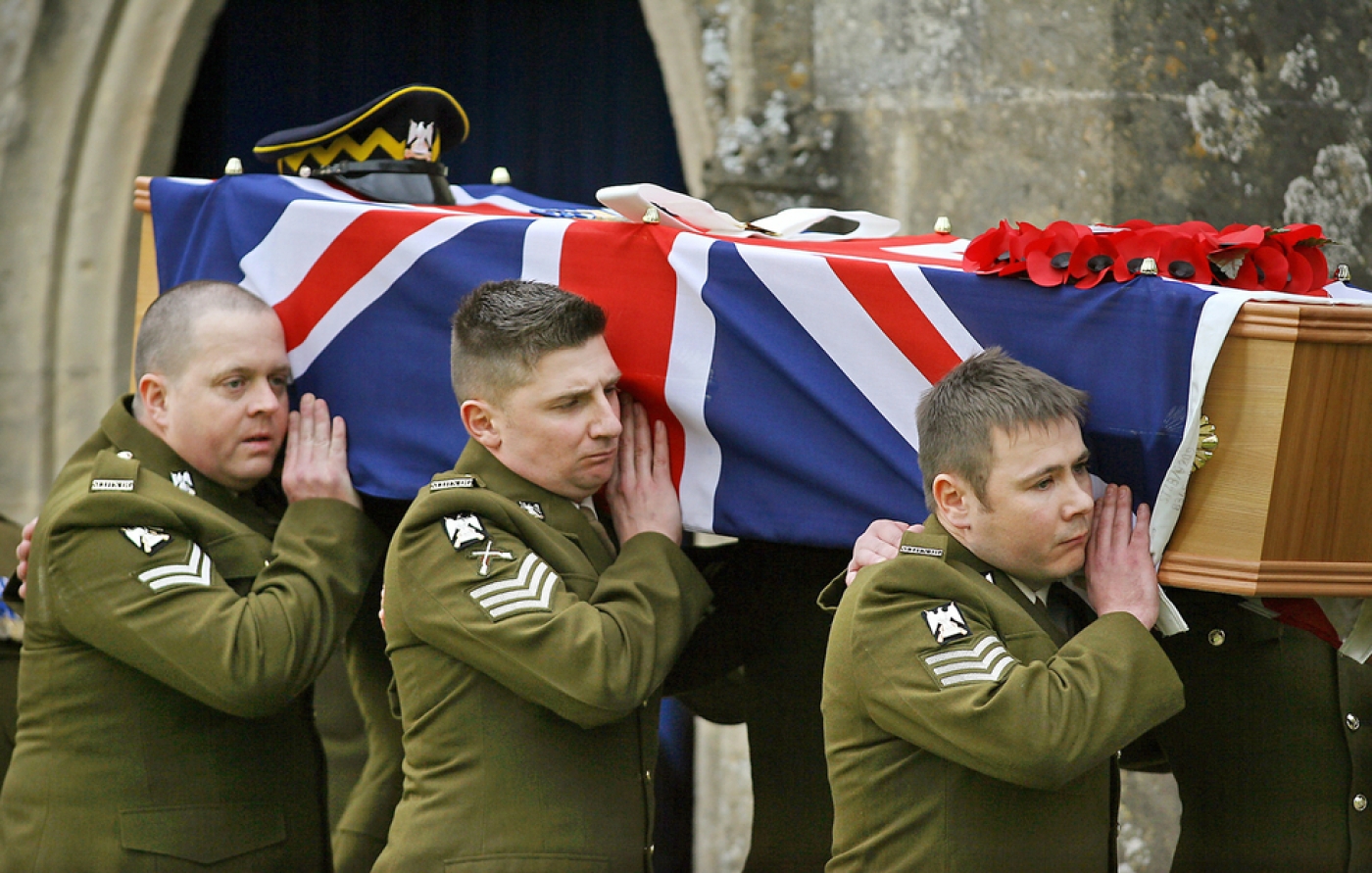 British war planners said that 46,000 service personnel would serve in Operation Telic, the name given to the campaign to remove Saddam Hussein, and more than £500m ($664m) was set aside for the initial stages of the conflict.

But the true cost in blood and treasure of Britain’s decade-long intervention in Iraq, both British and Iraqi, has exceeded all estimates.

Since British “combat operations” ended in 2009 and the last troops officially left Iraq in 2011, almost every figure related to the conflict has been fiercely disputed, with none more keenly debated than the total number of Iraqi deaths and the true financial cost of the war.

The Iraq Body Count organisation, which collated civilian deaths using cross-checked media reports and other figures, such as morgue records, has estimated that between 159,895 and 179,676 civilians died as a result of violence since the invasion.

The most bloody period for civilian deaths was the month of the invasion, March 2003, when IBC said 3,977 Iraqis civilians lost their lives.

A 2013 household survey by researchers from the US, Canada and Iraq concluded that approximately 461,000 Iraqis died between 2003 and 2011, 60 percent directly due to war-related violence, and the rest due to infrastructure collapse caused by the war. The Lancet medical journal in 2006 estimated that there had been 645,965 Iraqi deaths related to the war.

However other surveys of the Iraqi population have suggested the death toll was far higher.

British pollsters Opinion Research Business (ORB) suggested that 20 percent of Iraqi people had suffered at least one death in their household as a result of the conflict, suggesting as many as 1.03m casualties from the war.

The UK lost 179 servicemen and women from 2003 until 2011, of which 136 were killed in action. The US lost 4,487 service personnel in the eight years of major combat operations up to December 2011, while other coalition countries accounted for 139 deaths. 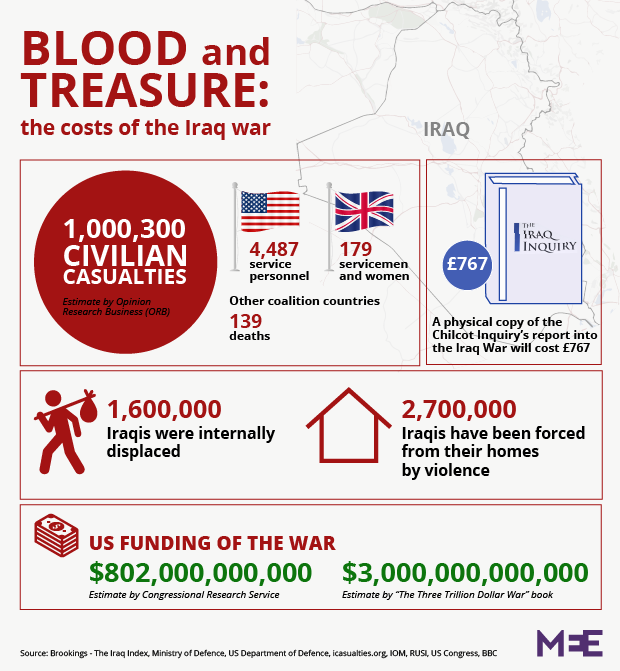 The UK funded its part in the eight-year conflict from the Treasury Reserve Fund which is extra money on top of the normal Ministry of Defence budget.

Former chancellor Gordon Brown told the Iraq Inquiry that £500m was set aside in 2002 for military equipment, but costs soon spiralled into the billions.

Nonetheless the UK spending on the Iraq war was dwarfed by the sums allotted to the Pentagon and other US agencies for the conflict.

The respected and non-partisan Congressional Research Service estimated at the end of 2011 that the US spent almost $802bn on funding the war.

However, Nobel laureate economist Joseph Stiglitz and Harvard's Linda Bilmes later put the true cost at $3 trillion once additional impacts on the US budget and economy were taken into account.

From early 2005 spiralling sectarian conflict unleashed by the conflict saw large-scale internal displacement, but the February 2006 destruction of the al-Askari mosque in Samarra saw attacks between Sunni and Shia militias increase dramatically.

The International Organisation for Migration (IOM) estimated that between 2006 and 2010, as many as 1.6m Iraqis were internally displaced, representing 5.5 percent of the county’s population.

By 2013 the BBC in Iraq reported that almost 2.7m Iraqis have been forced from their homes by violence, with half of these fleeing the country.

In 2011, well before the current refugee crisis, more than 23,000 Iraqis applied for asylum in European countries.

Perhaps most significantly, this list does not account for the emotional damage caused to service members and their families as well as the destruction to the homes, social fabric, and psyche of the Iraqi people.

The British government has made no attempt to calculate the long-term cost of caring for the injured.

Those who wish to read a physical copy of the Chilcot Inquiry’s report into the Iraq war will pay £767 upon its release. That's about the same as the £790 daily rate for Sir John while he chaired the inquiry.