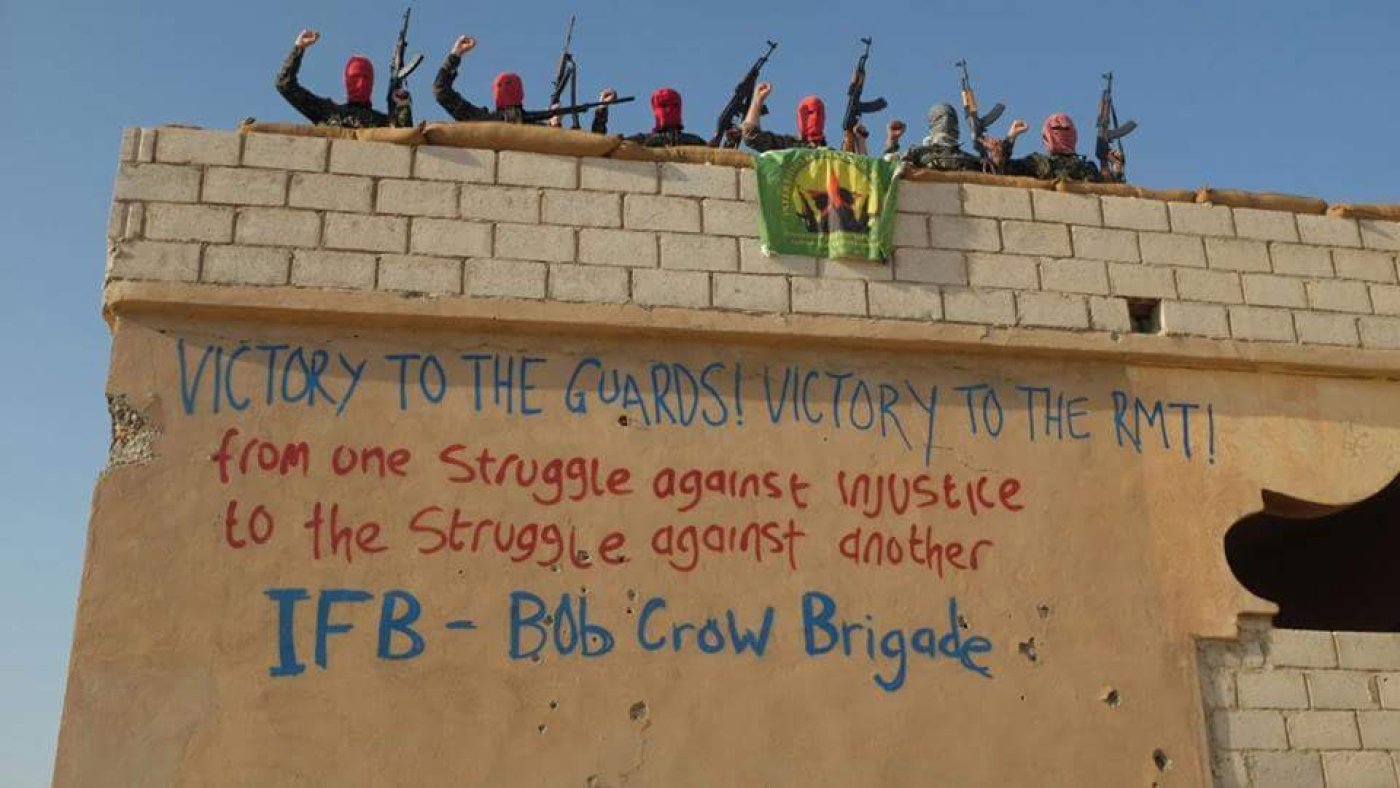 There is little, you might think, in common between industrial disputes over the UK transport system and the fight by Kurdish and leftist militants against the Islamic State (IS) group in Syria.

However, images released on social media by leftist volunteers in northern Syria appear to show the existence of a “Bob Crow Brigade,” named after the militant former general secretary of the UK's Rail, Maritime and Transport (RMT) union.

Crow, who died in 2014 and was known for his down-to-earth combative style, led many successful strikes and was a staunch supporter of left-wing causes.

In the image, the graffiti calls for solidarity with striking rail workers from Southern Rail in the UK, which has come in for harsh criticism over its performance and is locked in a long-running dispute with RMT members.

The brigade is reportedly the British wing of the International Freedom Battalion (IFB), a group of mostly left-wing foreign fighters allied with the People’s Democracy Party (PYD) and its military wing, the People’s Protection Units (YPG), in the region of northern Syria known as Rojava by Kurds.

Middle East Eye contacted affiliates of the IFB for confirmation, but had not received a response at time of publication.

According to the Institute for Strategic Dialogue, about 300 fighters from 26 countries are operating alongside Kurdish fighters in Syria and Iraq against IS. Out of 193 whose affiliations could be identified, about a third are fighting alongside the YPG.

The Turkish Marxist-Leninist Communist Party (MLKP), reportedly the largest group within the battalion, has described the grouping as an attempt to resurrect the spirit of the international brigades who travelled to Spain in the 1930s to fight alongside republican forces against fascism and General Franco.

“The presence of comrades from different countries shows that we can defend the revolution in any language,” said party member Deniz Ozgur, in a statement released on the MLKP website in February 2015.

“The language of revolution and war unifies us and makes us understand each other.”

Among those involved with the Bob Crow Brigade are Gary Oak, a British citizen who curated the humorous left-wing Facebook page Red London. In a message posted on 3 July, Oak announced he had “gone to join the Rojava Revolution”.

“I have enjoyed sharing my ideals, thoughts and jokes with you via this page more than any other project I have completed in politics so far,” he said.

“I loved bringing in the intoxicating anonymity of Anonymous into the left, so we could laugh without fear of reprisal, something I’ve dreamed of for years – creating a 'safe space' from the over-zealous safe spaces that had been killing off our creativity and joy.”

Many foreign left-wing activists have hailed the PYD and its “democratic confederalist” ideology - a democratic socialist theory heavily derived from the American anarchist and theorist Murray Bookchin - for presenting a secular progressive solution to the problems of the Middle East and for challenging IS and other Islamist groups on the battlefield.

A number of foreign citizens, including British, have died fighting alongside the IFB and YPG.

Last week, it was reported that Dean Carl Evans, a 23-year old from Reading, had been killed fighting with Kurdish forces in northern Syria while attempting to capture the town of Manbij from IS.

In a statement, the YPG described Evans as a “revolutionary and combative spirit on the front lines who always fought without hesitation to protect the people of this region”.

Foreign fighters travelling to Syria to fight IS have proved controversial. While the YPG is not listed in the West as a terrorist organisation - unlike its sister organisation the Kurdistan Workers Party (PKK) - governments have released stern warnings against those attempting to join up.

According to Kurdish news site NRT, the UK Home Office has said those travelling to participate in conflicts abroad “may be committing offences”.

“Whether this is the case will depend on the circumstances and nature of the individual’s activity,” it said.

“A decision on whether to prosecute will be made by the Crown Prosecution Service and police based on the evidence available.”

In addition, the YPG have been accused by Amnesty International, Human Rights Watch and members of the Syrian opposition of carrying out human rights abuses, with Amnesty alleging forced displacements and home demolitions by the group against Arabs in northern Syria - claims denied by the group.

Others, particularly supporters of the Syrian opposition, have accused the YPG and its allies of tacitly or directly supporting the government of President Bashar al-Assad by attacking other opposition groups not affiliated with IS, such as Ahrar al-Sham and the Free Syrian Army.

The MLKP, on the other hand, have previously denounced Assad as a “tool of China and Russia” and criticised those claiming Assad as an “anti-imperialist” leader in the so-called "axis of resistance". 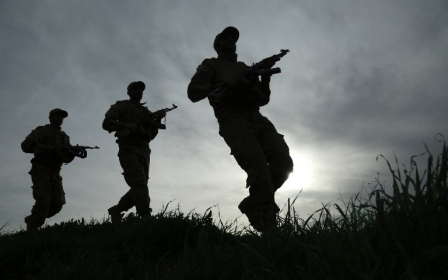