Bombshells and battles in Benghazi 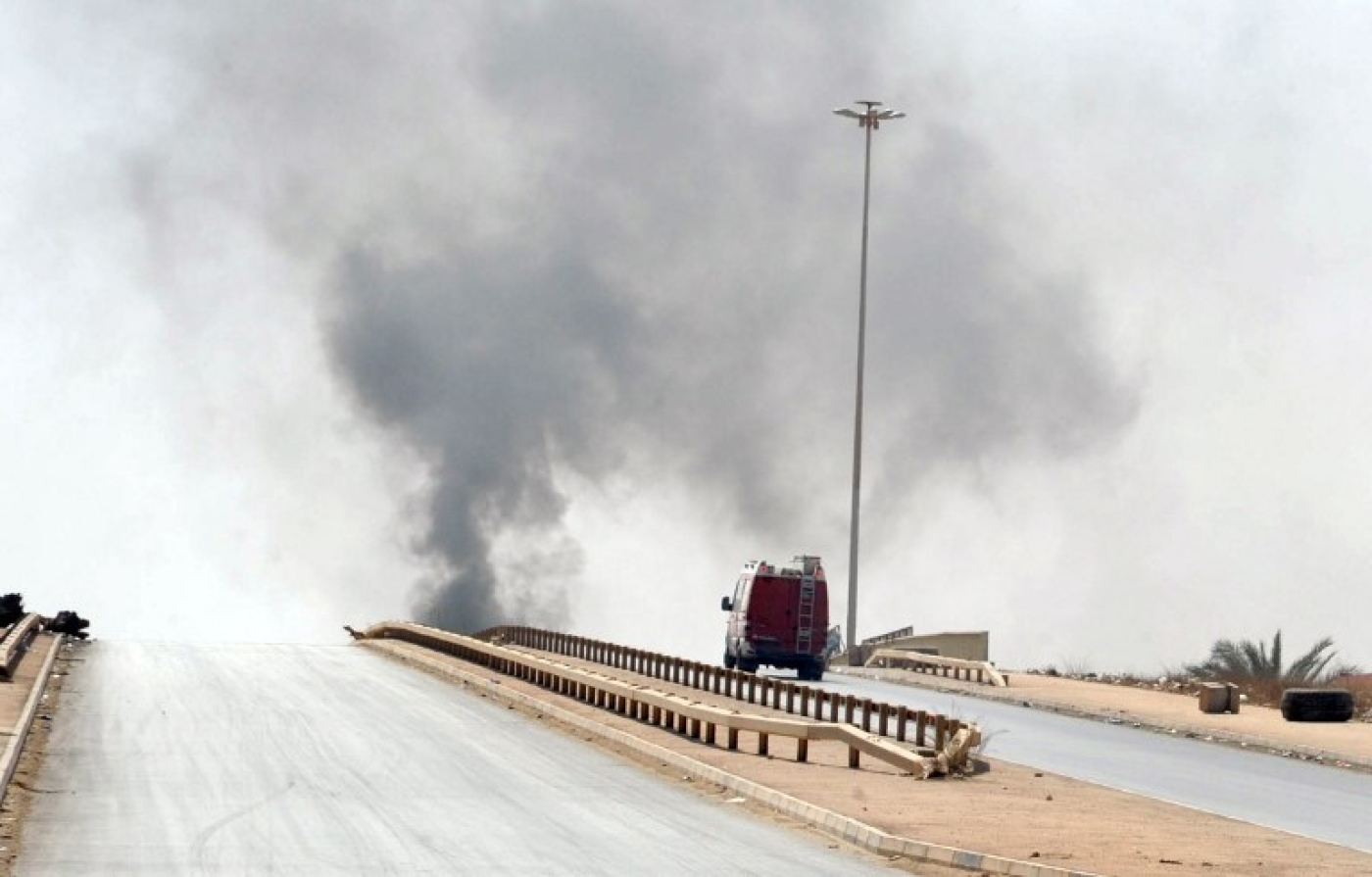 The jets came screaming out of a dawn sky over the Libyan city of Benghazi early Wednesday morning, dropping bombs that slammed into Islamist militia bases in the city. Smoke was still rising from the attacks when a fresh bombshell was dropped – in the form of claims that the jets were Egyptian.

Hours later, Egyptian president Abdel Fattah al-Sisi denied the claim, while some Libyan officials offered another version of the story, claiming the jets were Egyptian, but flown by Libyan pilots.

What was not in doubt was the power of the offensive launched against the city, or the pivotal position it occupies, as the gateway to Libya’s oilfields in the country’s grinding civil war.

Since the summer, Libya has been divided, with two governments at either ends of the country, and fighting raging across much of the area in between. The elected parliament has fled to the eastern city of Tobruk, while Operation Dawn, a coalition of Islamist and Misratan forces, have captured Tripoli, proclaiming the reformation of the former General National Congress.

With Islamist militias holding Benghazi, and Misrata, Libya’s largest port, loyal to Libya Dawn, the official government has lost control of the country’s principle cities. The Benghazi offensive is an attempt to change the equation.

It is led by Khalifa Haftar, a retired general, who has emerged as the arch opponent of Islamist forces. In May, Haftar’s militias, backed by the regular army and air strikes, attacked Islamist units in Benghazi.

Until this week, Haftar’s offensive had lapsed into stalemate. The principle Islamist militia, Ansar al-Sharia, blamed by Washington for the killing of US ambassador Chris Stevens, had fought back, seizing four army bases and attacking the city’s Benina airport.

On Tuesday night, Haftar went on television to announce a new attack, vowing to “liberate the city from terrorists”.

The attack that followed is the heaviest the city has seen since the 2011 revolution that toppled the forces of Muammar Gaddafi. Hours after Haftar’s broadcast civilians fled many areas and artillery began to strike Islamist bases. At dawn the jets – yet to have their identity confirmed – appeared along with an attack helicopter to strafe bases of Ansar al-Sharia and other militias.

Then came the tanks. Haftar hopes this attack will succeed where others have failed thanks to the support of the most powerful unit in Libya’s small army, the 204 tank brigade.

Since May, the 204 has remained in barracks in the centre of the city, its commanders saying they were in effect surrounded by Islamist brigades. Any breakout by their units, they warned, would involve heavy gunfire, with shells hitting residential areas around the base and risking heavy civilian casualties. As a result, a de-facto truce has endured, with the 204th tanks taking no part in recent fighting, and Islamist forces leaving the base alone.

That all changed on Wednesday morning when the tanks roared out of their base in clouds of dust, firing their guns at nearly point blank range on the walls of the nearby 17 February Martyr’s brigade, one of the largest Islamist formations in the city.

The 17 February was one of the first units formed in the 2011 revolution, but its resistance to the tanks quickly crumbled, and by afternoon army units were taking selfies of themselves amid the rubble of the huge militia base.

Elsewhere, combat jets and mortars continued to hammer at the bases of Ansar al-Sharia and a third Islamist militia, Rafallah al-Sahati. Armed civilians joined the action later in the day, shooting at Ansar al-Sharia checkpoints and several businesses they accused of supporting the Islamists. Amid the chaos, the streets were deserted, with civilians either staying at home or fleeing the city.

Fresh fighting and air strikes continued on Thursday, restrained by the desire of both sides to avoid civilian casualties in what has become a series of interconnected urban skirmishes. Such is the chaos that no official casualty figures have been produced, but anecdotal evidence indicates several dozen have been killed.

What is not in doubt is that Benghazi may hold the key to the domination of Libya, thanks to its position as capital of oil-rich Cyrenaica. This eastern Libyan province contains two thirds of the country’s oil, enough to give the government a commanding position if it can attain dominance.

Yet both opposing coalitions remain shaky. Libya Dawn in Tripoli is not formally aligned with the Islamist militias in Benghazi, who are themselves split between Ansar al-Sharia, which has renounced democracy, and February 17 and Rafallah al-Sahati, which back the Muslim Brotherhood.

Similarly, the government has refused to either back, or oppose, Haftar, who has no official position but retains the loyalty of the bulk of Libya’s small armed forces.

Prime Minister Abdullah al-Thinni commended the current offensive, announcing his support of troops and volunteers opposing Islamist brigades he labelled “terrorists”. Yet he made no mention of Haftar, despite the fact that Haftar was commanding army units engaged in the battle.

For the moment the divisions in each coalition have faded, each solidified by the battle. Libya Dawn has tried, and apparently failed, to get ammunition to Ansar al-Sharia in Benghazi by land and sea, while the government’s control of the city airport, Benina, has prevented supplies being flown in.

Likewise Haftar and the government are united in their desire to see Islamist forces crushed in Benghazi and the city restored to state control. Haftar has sought to end speculation that he has a political agenda by announcing, in Tuesday’s broadcast, that he will retire once the city is “free”.

If government forces can capture Benghazi, it leaves the government in control of Cyrenaica and with it, control of the bulk of Libya’s oil. Already a blockade of eastern oil ports, begun last year, has ended and production is now at 900,000 barrels a day, down from the pre-war 1.55 million barrels a day, but still a major boost for government resources. Tobruk officials say that support from the UN means oil revenues go to the government, despite Libya Dawn controlling its ministries and central bank in Tripoli. With control of the east, government officials are confident they will grow stronger in any protracted conflict with Libya Dawn rebels, despite the rebel control of the capital.

UN officials are meanwhile working hard to find a diplomatic solution, trying to match demands by Islamists and Libya Dawn for a more inclusive government with parliament’s demands that it be the sole authority. UN secretary general Ban Ki Moon attended a second round of peace talks on Saturday in Tripoli in a bid to enhance the mediation process, but the Benghazi fighting, and fresh battles between Libya Dawn and pro-government militias west of Tripoli, leave the future of those talks in doubt.

And the controversy over the role of Egypt has raised fears of a widening war. In the summer, the New York Times reported US officials accusing United Arab Emirates of using planes based in Egypt to bomb Libya Dawn positions in Tripoli. The fear among many Libyans is that a protracted conflict will see intervention by outside powers triggering a war that may slip outside Libya’s ability to control.