Two prominent Bahraini human rights activist were stopped, and one handcuffed, by police while protesting in London on Wednesday against the visit of King Hamad bin Isa al-Khalifa, the ruler of Bahrain.

Alwadaei told Middle East Eye the police had handcuffed him and taken him to a police car for "disturbing the peace", and after a few minutes he was released and told to leave the area.

While the #UK hosts #Bahrain's dictator, it arrests #torture survivors who stand outside to protest pic.twitter.com/ZhsLEUzZ2n

He said police "should be investigating the torture allegations coming from Bahrain, the abuses committed by the regime" rather than targeting activists or journalists covering the King's visit to the UK.

Alwadaei was a victim of torture in Bahrain after taking part in the February 2011 pro-democracy protests. He later claimed asylum in the UK.

Ali Mushaima, the second activist held briefly by police, is son of Hassan Mushaima, a political activist currently serving a life sentence in Bahrain and considered a prisoner of conscience by Amnesty International.

Before the king's visit, where he was expected to meet the British prime minister, Theresa May, BIRD published a letter signed by Alwadaei in which he called on May to raise the issue of human rights in Bahrain, where there is an ongoing crackdown against opposition activism.

"The United Kingdom’s influence is strong in Bahrain, but it has not been used to benefit human rights substantively," read the letter. "The only way to positively impact the human rights situation there is to make use of your leverage and to criticise these issues in public.

"To do any less will re-inforce the authoritarianism of the Bahraini king’s government."

Other organisations also raise concerns about the king's visit, which comes only a week after allegations that the UK was helping to "whitewash" government abuse in Bahrain.

Reprieve warned that although the UK spent £2m in aid money was last year to support humanitarian reform in the Bahrain, there was still widespread evidence of the use of torture by security services.

The organisation highlighted the case of Mohammed Ramadan, a police officer who was arrested in February 2014 for taking part in a pro-democracy protest and now languishes on death row after being "tortured into signing a false confession."

“Theresa May must urgently raise Mohammed Ramadan’s case with the King of Bahrain when they meet this week," said Harriet McCulloch, deputy director of Reprieve's death penalty team.

"Britain is deeply involved with Bahrain’s interior ministry at every level. The Prime Minister cannot wash her hands of torture and death sentences in the Kingdom.”

Since the authorities cracked down on protests inspired by the Arab Spring in 2011, demonstrators have frequently clashed with security forces and hundreds have been wounded and killed.

The Bahraini authorities have repeatedly accused protesters of being agents of Iran and of seeking to the overthrow the government.

This year Bahrain stripped the citizenship of Sheikh Isa Qassem, the highest Shia religious authority in the country, and dissolved the main opposition political organisation, al-Wefaq.

Despite this, the UK has maintained its traditionally strong relationship with Bahrain, which amicably gained independence in 1971. Prince Charles is set to visit the country in early November. 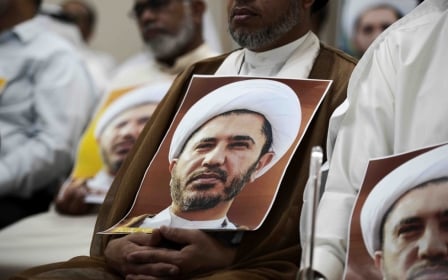 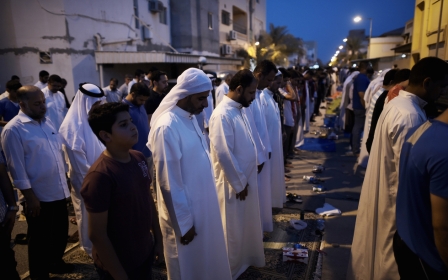