British soldiers have provided Saudi Arabian forces with training for cruise missile and artillery attacks since Riyadh entered the war in Yemen, despite international condemnation of the kingdom’s air strikes and claims they have killed scores of civilians.

The details of the training were revealed on Friday after freedom of information requests, made by the human rights group Reprieve and seen by Middle East Eye, were released.

The Ministry of Defence has maintained that British forces are not helping Saudi forces direct strikes, select targets or conduct operations in Yemen. However, information in the FoI shows how close military cooperation with Saudi Arabian forces has become.

Reprieve called on the British government to reconsider its relationship with Saudi Arabia, which has been accused of deliberately targeting civilians in the war in Yemen.

Britain has licensed £2.8bn ($4bn) of weaponry sales to Saudi Arabia since it entered the Yemen war against the Houthi movement last March, and Parliament’s committee on arms export controls is investigating the commercial relationship amid calls that such sales are illegal under international law.

The European Parliament called for an unprecedented arms embargo on Saudi Arabia until a proper investigation of alleged human rights breaches had been properly investigated.

The FoI information shows that British soldiers have also held three, three-week "international targeting" courses for members of the Royal Saudi air force but the move is not legally binding in Britain.

"These courses have been delivered by a team of three: a Sqn Ldr – OC targets training; a Flt Lt – targets specialist; and an MoD civilian C1 – air warfare centre operational analyst: weapons and weaponeering specialist.

The MoD said there was "ongoing engagement" with Saudi air forces over Storm Shadow.

“RAF weaponeers have provided the RSAF with training in the better employment of specific weapons systems. Since March 2015, this has consisted of training in Storm Shadow targeting on two occasions.

The MoD said insisted in the FoI: that British forces were "not involved in carrying out strikes, directing or conducting operations in Yemen or selecting targets, and are not involved in the Saudi targeting decision-making process".

"UK service personnel provide guidance on best practice techniques, including advice to help continued compliance with international humanitarian law. This advice will be provided to a range of personnel in Saudi headquarters and the Saudi ministry of defence.”

In response, Omran Belhadi, of Reprieve, said: “Claims by ministers that Britain is helping the Saudi government abide by the law are disingenuous.

“Extensive British ‘targeting training’ has done nothing to prevent the bombing of schools, hospitals and weddings, and the deaths of thousands of Yemeni civilians.

"The UK claims its support to the Saudi-led campaign is necessary to combat terrorism – but killing innocents doesn’t make us safer. Ministers must urgently reconsider the UK’s support for these abuses.” 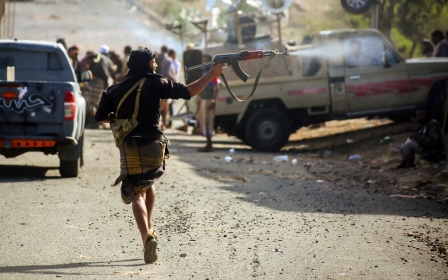