Loyalists and Houthi rebel fighters have clashed on several fronts in Yemen, officials said on Tuesday, the second day of a UN-brokered ceasefire the Houthis have warned is in jeopardy.

Forces loyal to President Abd Rabbuh Hadi fought with Houthi rebels in the province of Marib, east and north of the rebel-held capital Sanaa, officials said.

The rebels and their allies loyal to ousted president Ali Abdullah Saleh advanced overnight in the area of Sarwah, in Marib, wresting control of two hills, a military official said.

The Saudi-led coalition, which launched a military campaign against the rebels last year, had described violations on Monday as "minor".

Seven soldiers have been killed and 15 others wounded in Sarwah in Houthi attacks since the ceasefire entered into force at midnight between Sunday and Monday, the official said.

There were also clashes in Nihm, northeast of Sanaa, military officials said, while Houthis said they confronted an attack by Hadi's forces in the area.

The rebels said on Monday that pro-government forces were behind 39 violations of the truce, including attacks in Taiz and the central province of Baida.

They also said warplanes belonging to the Saudi-led coalition flew sorties over several areas of Yemen despite the ceasefire.

Meanwhile, a soldier was killed and nine others wounded in a rebel attack on an army base near the southern city of Baihan which borders Marib province.

Houthi Ansarallah movement spokesman Mohammed Abdulsalam warned in a statement on Facebook that "continued military action endangers the peace process and reduce the chances of holding the forthcoming dialogue" in Kuwait.

But violations did not seem to discourage the United Nations which is sponsoring peace talks in Kuwait next week.

"The cessation of hostilities seems to be largely holding," UN spokesman Stephane Dujarric said on Monday, although he noted that there were "some pockets of violence".

More than 6,300 people have been killed in the war that has worsened the humanitarian crisis, with more than 80 percent of the population on the brink of famine.

The conflict in the impoverished Arabian Peninsula nation has ruined large parts of the country and raised Middle East tensions, with Saudi Arabia and its Arab allies backing the government and Iran supporting the rebels.

The peace talks are scheduled to take place in Kuwait on 18 April. 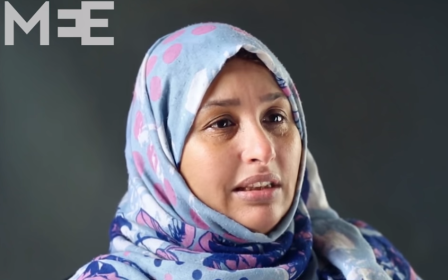