Butchery in Rafah. The dead are kept in vegetable refrigerators 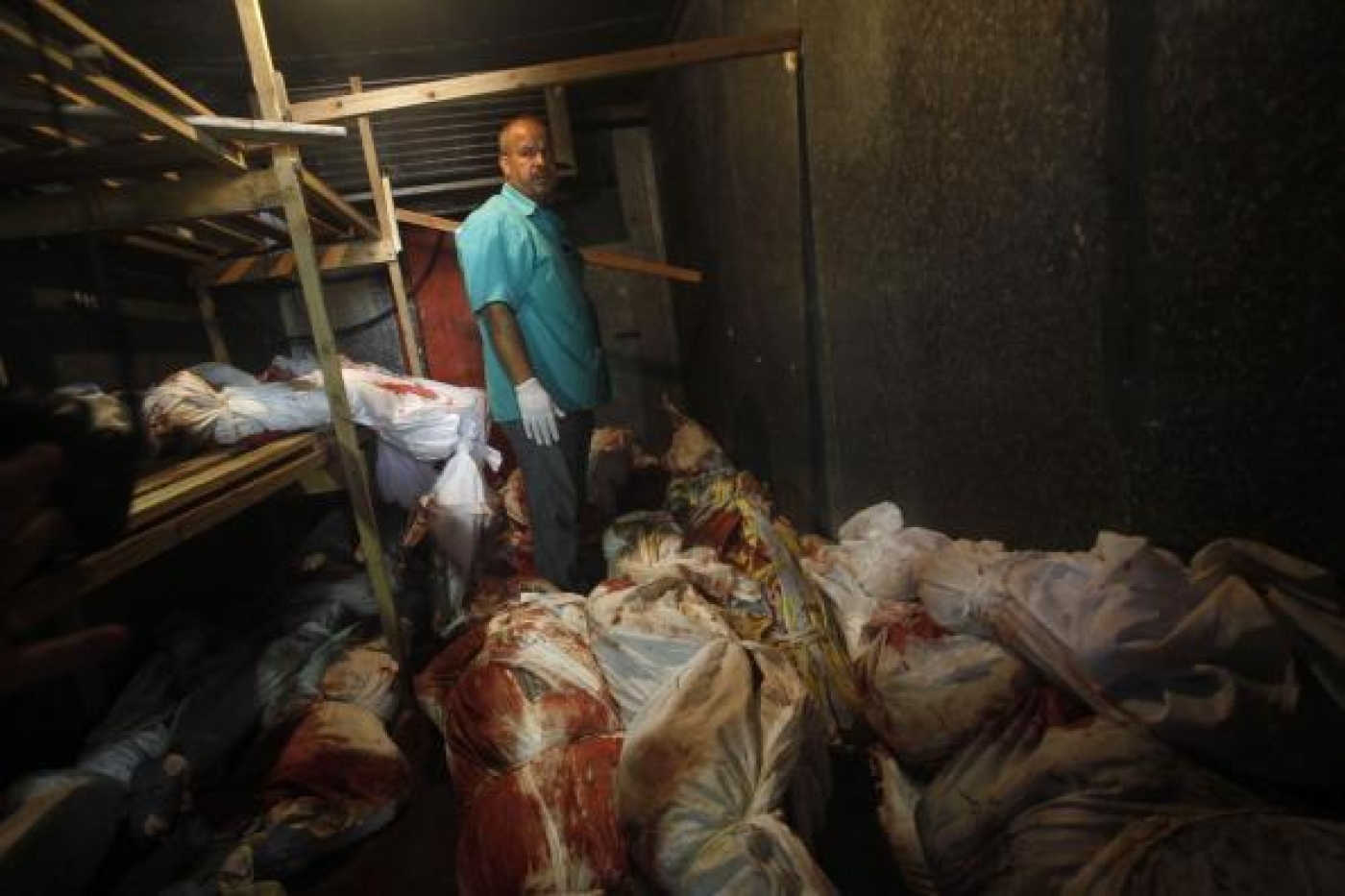 Abu Taha, a farmer in Rafah, opened the refrigerator he normally keeps his potatoes and carrots in. In it were the corpses of children, young men and women lying on top of one another, soaked in blood. Many were impossible to identify and only a few have been placed in white burial shrouds.

Such was the savagery of Israel's bombardment in Rafah, such was the quantity of dead bodies, that there was simply no other option but to use vegetable refrigerators as makeshift morgues. The closure of hospitals which came under bombardment led to a cascade of corpses. It started when medical staff were forced to abandon Rafah's main hospital Abu Yousef al-Najjar which came under constant bombardment by artillery shelling from the east of the city.

They evacuated the injured to Kuwaiti Hospital, a facility totally ill-equipped to deal with major trauma injuries from the extended battlefield that the Gaza Strip has become. Even so, several bodies were left lying on the roads, bleeding for hours without any ambulance crew arriving to rescue them.

Meanwhile, three ambulance crew members have been killed, their bodies were unidentifiable after they were hit by an Israeli tank shell directed at their ambulance. Several of the cases close to the hospital gate were not reachable by rescue teams, says Abu Ahmed, an ambulance driver. “Each time, I drive through tank shells are fired nearby,” he says while he is a couple of hundred meters from tens of victims bleeding on the road.

Most cases of those killed in Rafah are civilians slain by canon shells that wiped several homes in Hay al-Junina area.  Meanwhile, Israeli warplanes fired missiles on several homes in Rafah targeting homes of Abu Suliman, Zorb, Alshaer, and Abu Suliman. The death toll in Rafah in the past 24 hours is now 110 killed and hundreds injured.  Medics say there are more bodies they could not reach.

The corpses were taken into vegetables refrigerators in Rafah, which have their own electricity generators. Even burying the dead was full of hazard, as the cemetries in the east of the city have also been under Israeli artillery shelling over the past 24 days.

“We had no option but to put the bodies of tens killed in the refrigerators,” Subhi Radwan, mayor of Rafah told MEE.

Al-Nujjar hospital has only enough beds for a few dozen patients, but evacuation has meant nowhere else to go for victims of the attack.

Radwan says, the war on Rafah is not over, and his staff members are unable to offer any facilities to people on the ground, that includes water and electricity lines which were destroyed by strikes.

“We appeal to the international organizations to step in and help us evacuate injured people lying in the east of Rafah,” he says.

Meanwhile, international groups have tried to help evacuate victims, but to no avail.

Survivors of the 24-hour bombardment said they had seen nothing like it in their lives. They were bombed from the air, sea and ground simultaneously.

“It is terrifying, the Israeli military has gone out of control, they bombed a building of families fleeing and killed 23 innocents,” says Abdelraouf Ayyad, a 33-year old whose home he fled in Hay al-Junina when bombing started 24 hours ago.

“No one is safe; no home, no hospital, no shelter” he says as he runs into Tal al-Sultan to seek shelter at his cousin's house.

Twenty three family members have been killed by Israeli F16 missile, mostly from families that fled bombing in east of the city to the West of Rafah.

Radwan says, there is no other hospital, and now even the Kuwaiti hospital is under canonfire—journalists and rescue teams were forced to leave the area under gunfire.

Ashraf Al Qudra of health ministry appeals to the international community to allow ambulances to evacuate injured people from roads of East of Rafah and Kuwaiti hospital.

“We need safe routes for ambulance to evacuate victims into other hospitals in Khan Younis.”

Israeli tanks could be seen in the east, overlooking Rafah, home of 180,000 inhabitants in the far south border with Egypt.

Rafah’s massacre occurred two hours into the 72-hour humanitarian ceasefire announced yesterday. Hamas and Israel exchanged accusations of breaking the ceasefire. However, Israel insisted on carrying out a military ground operation on the eastern border, despite the truce.

Israel announced one missing soldier during its ground invasion, while Hamas’s al-Qassam Brigades say they lost communication with some of their members who were in combat with Israeli troops before the ceasefire started. Qassam Brigades said in a statement that the Israeli soldier was probably killed during in ambush along with Qassam Brigades members.

The death toll across the Gaza strip is 1680 dead and 8500 injured since the war began 27 days ago - the majority are civilians according to the UN. Meanwhile in Israel 3 civilians and 50 soldiers have been killed during the ground attack in Gaza.

Palestinian factions and Israel were expected to travel to Cairo for talks with Egyptian on a long-lasting truce, but the presence of Israeli tanks around the Rafah Crossing point will make this unlikely to happen anytime soon. 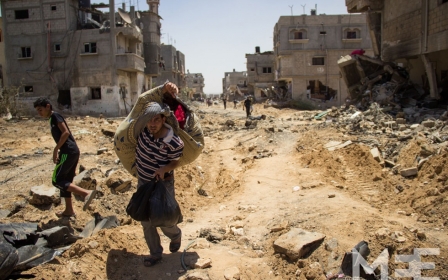 Gaza Under Attack
In pictures: Ceasefire not long enough for residents of Khuza’a 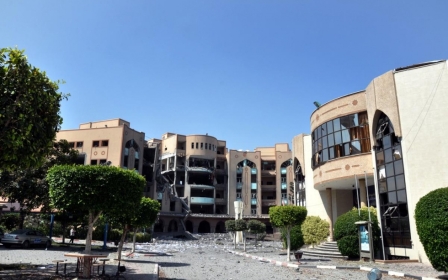 Gaza Under Attack
Israel's Hannibal Directive kills over 100 in Rafah 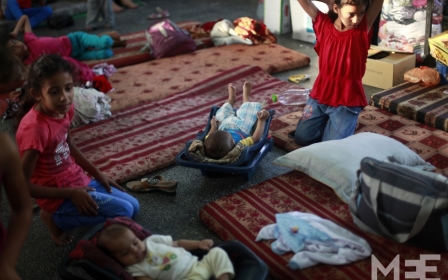 Gaza Under Attack
In Pictures: The suffering of the children of Gaza