Egyptian police arrested 10 people on Saturday over a rare protest in the capital Cairo against increased metro prices, a security official said.

The incident took place after authorities announced late on Thursday the metro ticket price would be increased the following day.

A security official said those arrested were facing charges of entering the metro without paying, preventing a train from moving and illegal assembly.

The detained protesters were due to appear before prosecutors on Saturday evening, the official said.

The government raised the price of tickets on Cairo's loss-making metro on Friday, more than tripling some fares and setting off a wave of angry reaction on social media.

Posts showed people demanding it rescind the decision, with some jumping over ticket barriers, apparently refusing to pay the new fares.

Interior Ministry and metro officials could not be reached for comment. It was not possible to verify the authenticity of the recordings.

Even small protests have been rare in Egypt since the army toppled president Mohamed Morsi in 2013 following protests against his rule.

A law passed in 2013 forbids demonstrations not approved by the Interior Ministry.

The fare rises came as Egypt pushes ahead with tough reforms tied to a $12bn International Monetary Fund agreement that have included energy subsidy cuts and tax hikes and are aimed at boosting growth.

The government angered Cairo residents, already hit by a sharp rise in living costs, when it doubled the price of metro tickets last year for millions of commuters. 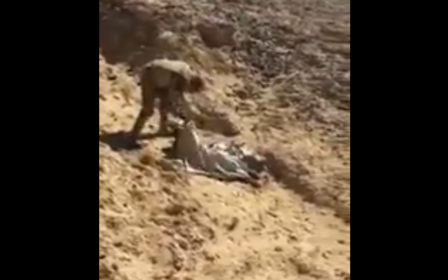