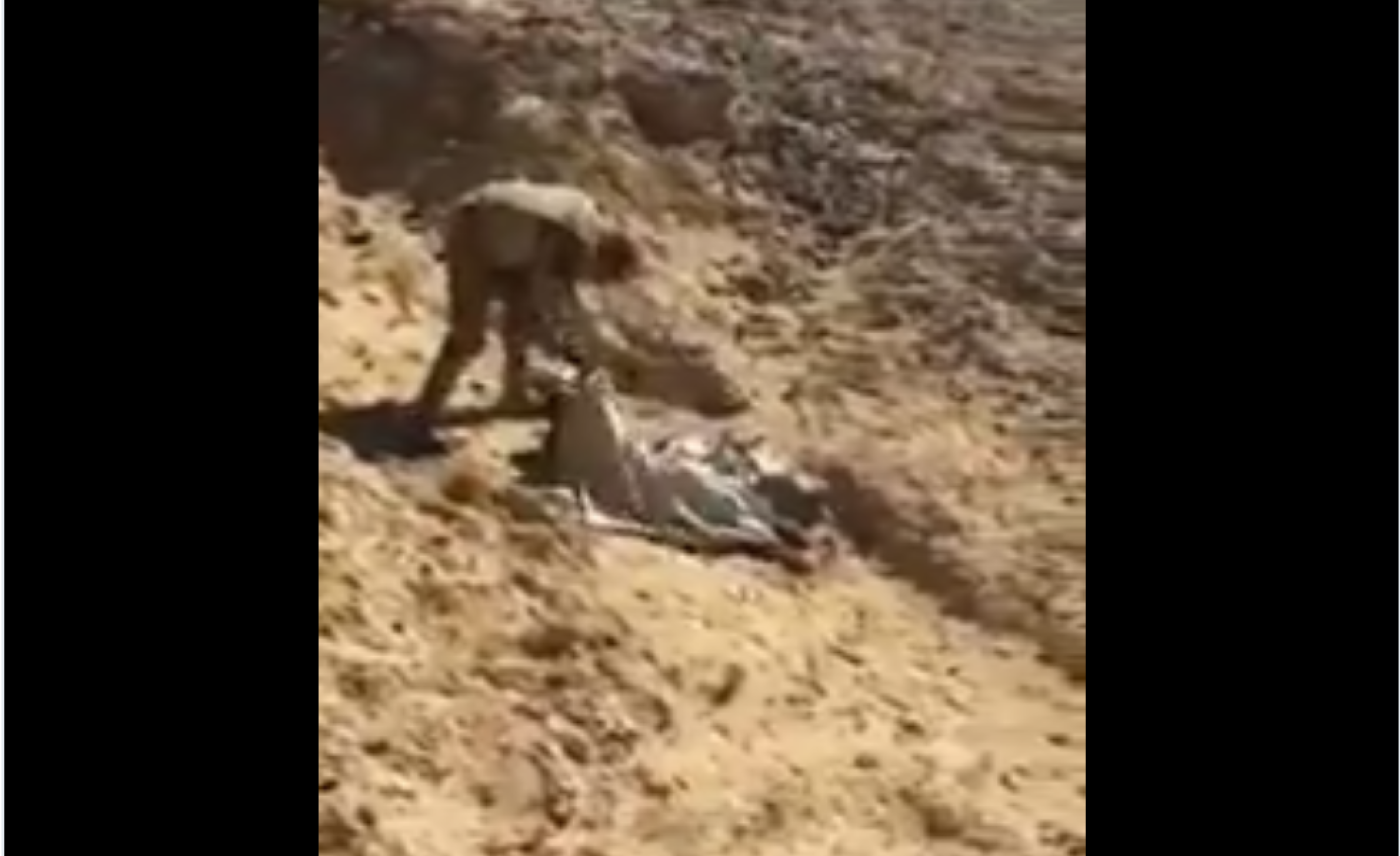 A video allegedly showing Egyptian soldiers executing a young man in the Sinai Peninsula has been widely shared on social media, sparking criticism from activists who say the army is fighting in the area "under complete secrecy".

Egypt's security forces have faced repeated accusations of carrying out extrajudicial killings in northern Sinai where they have been battling militants said to be affiliated to the Islamic State (IS) group since 2013.

The video which emerged this week appears to show the young man lying in the sand before he is approached by an armed soldier. In the background, someone shouts: “We’re not going to kill you… cover him, cover him.”

“Don’t be afraid boy… your father will come and get you,” the same voice says.

The young man, who cannot fully be seen, is then covered by the soldier with some material before shots appear to be fired in his direction.

The video was obtained and first leaked by opposition TV channel el-Sharq TV on Monday. The clip caused outrage on social media as it was shared widely on Tuesday, along with screenshots of a soldier's Facebook post claiming responsibility for the shooting. The post was later deleted.

In late March, an Egyptian military spokesperson said in a statement that the army had advanced against "terrorist cells", including executions of "militants". One of the images shared appeared to show the same victim in the video, however it was unclear whether the video was taken before the statement or if he was referring to it.

Amr Magdi, a Middle East researcher with Human Rights Watch, said: "We're still investigating the case and trying to verify the video. It won't be astonishing if it is real, but still horrifying."

Without journalists and activists in the area, Magdi said, it is hard to know what is happening.

The Arab Organisation for Human Rights has recorded over 2,934 extrajudicial killings in Egypt since Abdel Fattah al-Sisi took control of the country in 2013 following a military coup.

As the fighting has continued in Sinai between the Egyptian army and militants, 3,446 civilians have been killed and 5,766 detained, and more than 2,500 houses demolished to establish a buffer zone on the border with Gaza, according to the group.

Hundreds of members of the security forces are also thought to have been killed in the fighting.

Magdi told MEE: "We have documented before two separate incidents of likely extrajudicial killings that involved 10 and eight people in Sinai. Far removed from any judicial oversight, the detention and treatment of detainees in Sinai are only under the control of army officers."

"We already know that there are militia guys operating at the behest of the army. They sometimes actually brag about extrajudicial killings on social media."

The forces, according to the organisation, attempted to cover up the killings by releasing a video making it appear as though the victims were killed in a raid against armed “terrorists”.

Relatives of two of those killed told HRW that the bodies of their relatives which they saw in the morgue appeared to have been shot in the head.

The military maintains that the footage was fabricated.

The counterterrorism campaign in North Sinai has been rife with accusations of abuses.

Between July 2013 and August 2015, Egyptian authorities destroyed around half of the town of Rafah, on the border with the Gaza Strip, evicting thousands of families, and demolishing at least 3,255 buildings, according to Human Rights Watch.

Since 2013, more than 1,500 armed attacks have killed dozens of civilians and hundreds of members of the security forces in northern Sinai, according to the Tahrir Institute for Middle East Policy.

MEE contacted the Egyptian embassy in London for comment. 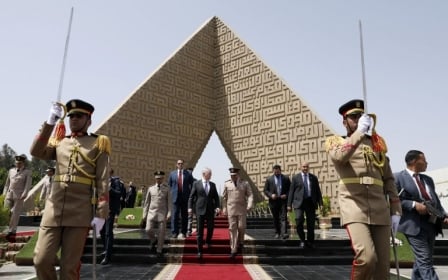