Civilians seen running from cars as tank drives over suspect vehicle, before it detonates in a huge fireball, killing seven 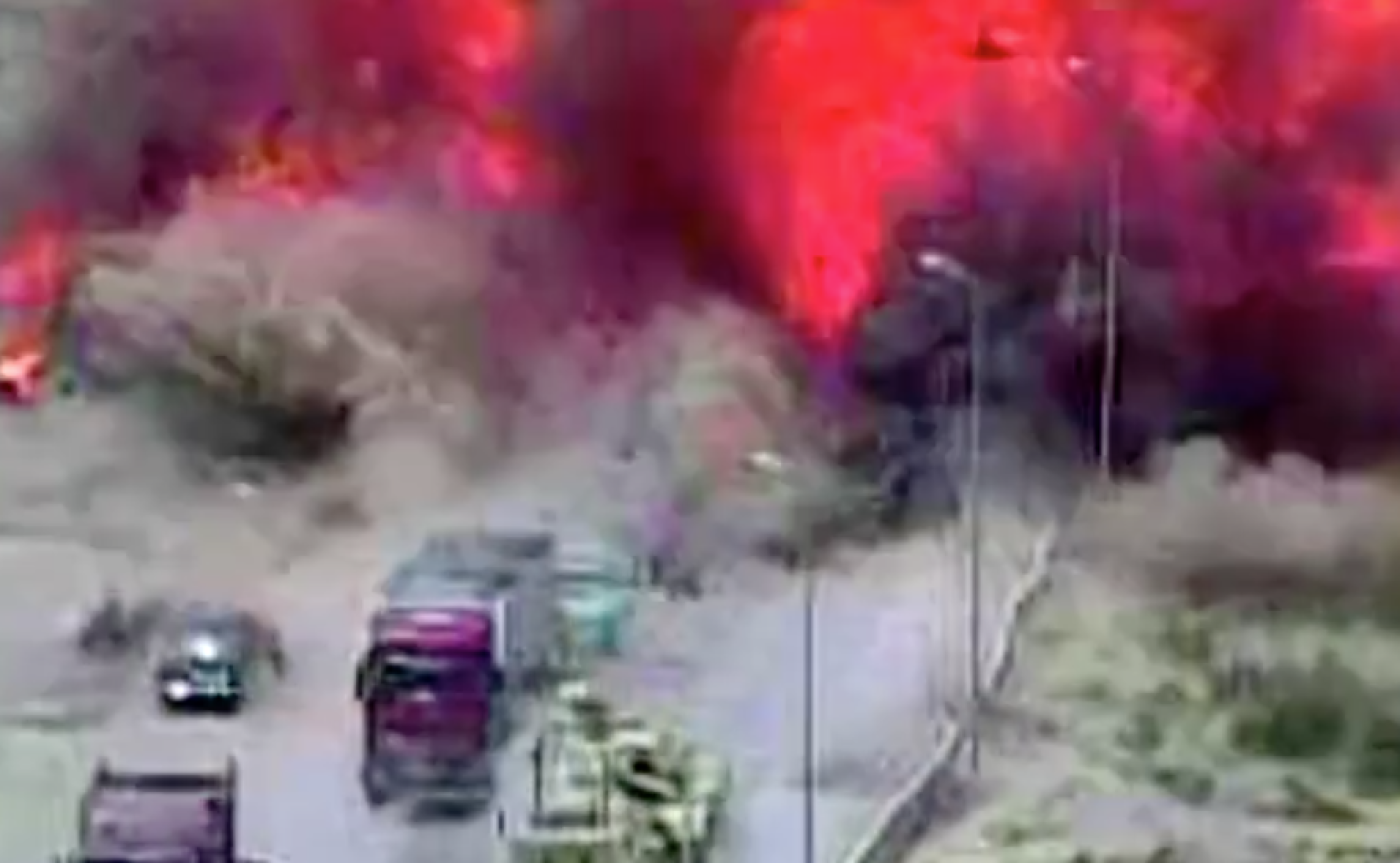 Seven civilians, including two children, were killed by a car bomb in Sinai that exploded moments after it and its four occupants were crushed by an Egyptian tank.

Footage released by the army showed people running from their cars as the tank drove over the vehicle near Arish. However, the bomb detonated seconds later in a huge ball of flame.

The military said it intercepted the vehicle at a checkpoint and tried to stop the attack blast by running over the car.

No group has claimed the attack but the army said the car contained 100kg of explosives.

Four gunmen were inside the vehicle, the army said.

Posting on Facebook, Samir wrote: "The armed forces reiterates that such terrorist acts only strengthen our determination to continue to eradicate this terrorism in our beloved Sinai from the roots.

"The armed forces will continue to sacrifice all that is precious, our sons' lives, in order to preserve and protect this nation and its great people."

Earlier this month, at least 23 Egyptian soldiers were killed by two car bombs placed next to a military checkpoint in northern Sinai.

The two cars exploded on a road outside the border city of Rafah. No group has claimed the attacks.

The military said it killed 40 assailants as it clashed with militants in North Sinai, the main focus of the deadly IS insurgency.

The militants are increasingly encircled in the peninsula, with the military razing sections of Rafah to create a buffer zone with the Gaza Strip and destroying tunnels connecting with the Palestinian territory.

But that has not prevented them from establishing cells elsewhere in Egypt that launched a series of attacks on Christians that have killed dozens since December when a suicide bomber targeted a Cairo church.

That attack was followed by two church bombings in April that killed at least 45 people and a massacre of Christians heading on a bus to a monastery in May.

The April attacks prompted President Abdel Fattah al-Sisi to declare a nationwide state of emergency like that already in force in North Sinai.

Sisi, who as army chief toppled president Mohamed Morsi of the Muslim Brotherhood, has pledged to defeat the militants.

The military has killed several of their commanders, including their top leader Abu Duaa al-Ansari in 2016.

An insurgency in Egypt's Sinai region has gained pace since the overthrow of Morsi following mass protests against his rule in mid-2013.