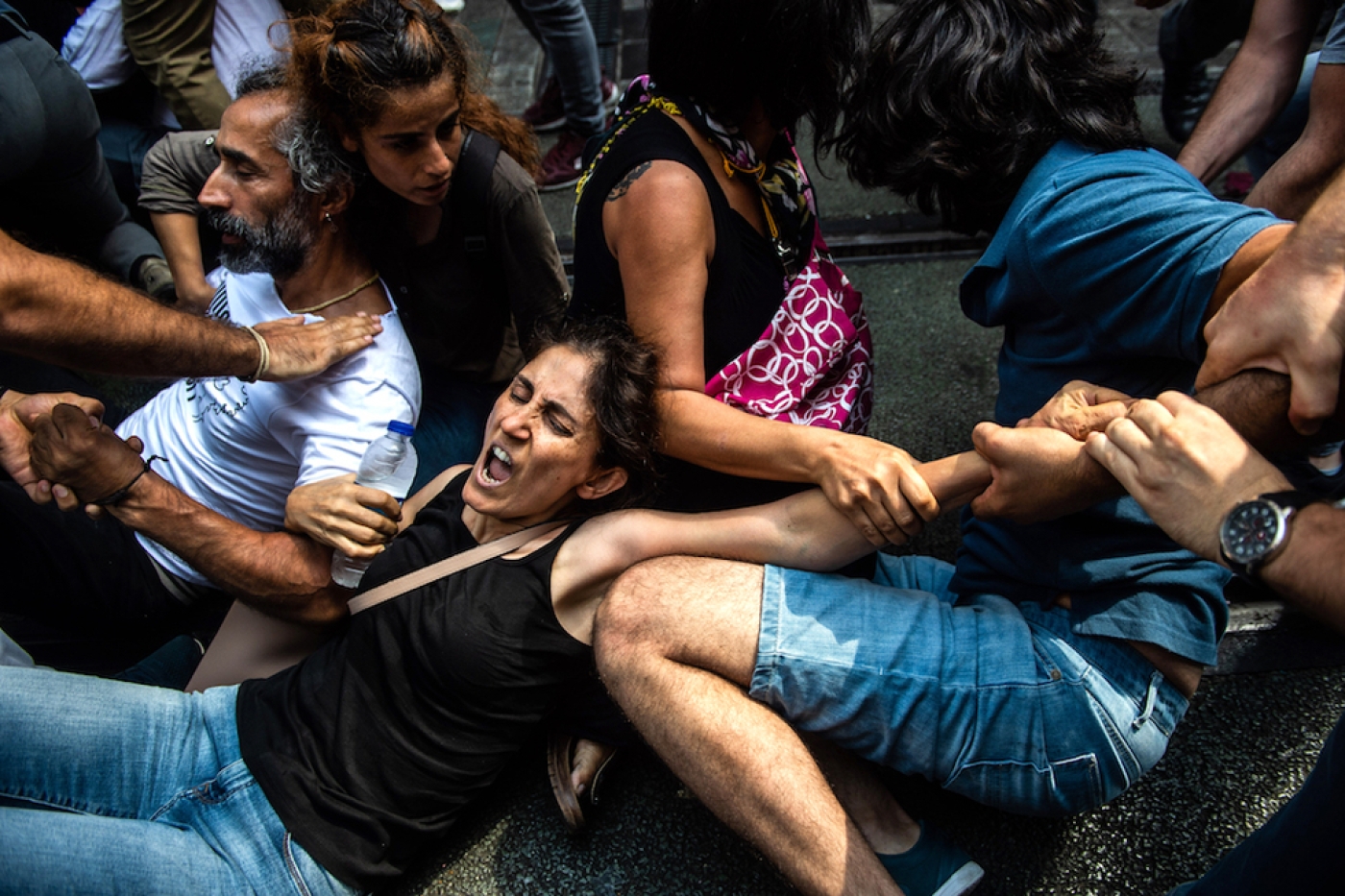 A move to ban a decades-old weekly vigil for Turkish victims who "disappeared" while in custody of state-linked agencies and paramilitary groups has been denounced as "shameless and provocative" by human rights organisations.

On Wednesday, a Turkish government spokesperson confirmed that the Saturday Mothers vigil, whose 700th sit-in was dispersed by police over the weekend, would be prohibited due to the presence of "terrorist" groups.

Omer Celik, a spokesperson for the ruling Justice and Development Party (AKP), said the move was "not a stance against these mothers....but a response to terrorist groups openly taking advantage of this space".

The confirmation came after Interior Minister Suleyman Soylu on Tuesday said that the protesters were linked to the outlawed Kurdistan Workers' Party (PKK), and accused the group of “trying to create victims through motherhood and mask terrorism through that victimisation".

It is appalling to claim, as the Interior Minister and AKP spokesperson have done, that the mothers are exploited by terrorists

The Saturday Mothers staged their first vigil in 1995, calling for information on relatives who were disappeared during the brutal violence that wracked Turkey in the late 80s and 90s.

The conflict between the Turkish state and the PKK that began in 1984, and which has seen more than 40,000 people killed, saw hundreds of alleged leftist and pro-Kurdish activists targeted by "deep state" actors often linked to the powerful National Intelligence Organisation (MIT) and state-backed far-right groups.

In the past, Turkish President Recep Tayyip Erdogan had declared support for the protest and met with them to listen to their concerns.

However, last Saturday Turkish police broke up the vigil on its 700th anniversary.

Translation: In 2011, Prime Minister Recep Tayyip Erdogan accepted the Saturday Mothers, in 2018 they are terrorists?

Activists said it was absurd to accuse them of being used by the PKK or any other group.

“Nobody is using us. Nobody has made us come here,” said Hanife Yildiz, whose son Murat went missing in police detention in 1995, speaking to Reuters.

“I handed over my son to the state and I haven’t gotten him back since.”

Emma Sinclair Webb, senior Turkey researcher at Human Rights Watch, told Middle East Eye on Thursday that the ban was a "provocative and shameless attack on the right to non-violent assembly and free speech".

"It is appalling to claim, as the interior minister and AKP spokesperson have done, that the mothers are exploited by terrorists," she said. "As the Turkish government well knows there is plenty of evidence that the perpetrators of the disappearances in the 1990s were members of the security forces and paramilitaries connected with the state.

"President Erdogan met the mothers a few years ago and knows their pain and their long struggle for the truth. He should urgently overrule this arbitrary and vicious ban on the weekly vigil in Istiklal Street near the Galatasaray High School."

A spokesperson from the Turkish Human Rights Association - one of the leading supporters of the Saturday Mothers - told MEE the ban "constitutes yet another blatant violation of free expression in Turkey" while Amnesty International said it was "alarmed" by the move to ban the vigil and would be sending observers to the next vigil, which is set to take place on 1 September.

The vigil was stopped between 1999 and 2009 following a severe crackdown by the government at the time. In recent years, the Saturday Mothers had been one of the few regular protests allowed to take place unhindered in Istanbul's famous Istiklal Avenue.

The image of Emine Ocak, a veteran of the vigil, being manhandled by police at Saturday's protest, went viral on social media and was contrasted with images of her being arrested in the 90s:

Adil Aktay, provincial chairman for main opposition Republican Peoples Party (CHP), accused the government of hypocrisy during a protest on Wednesday against the crackdown.

"If these people were supporters of terrorism, why did [the government] meet with them during the prime minister's term?" he said.

"We condemn the attack on the Saturday Mothers and we protest against the Interior Minister Soylu because of the ugly, provocative and divisive statements."

MEE has asked the Turkish government for a comment, but had not heard back by the time of publication.

Thursday marks the UN's International Day of the Disappeared, a day originally launched by South American activists in 1981 to highlight the plight of individuals kidnapped, arrested or captured and held in unknown locations by states and organisations. 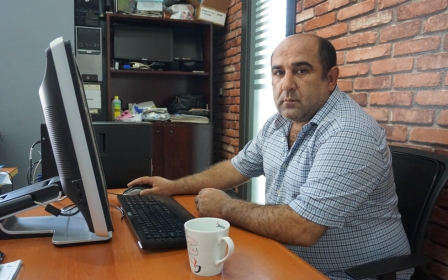 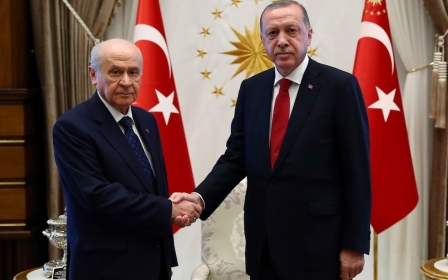 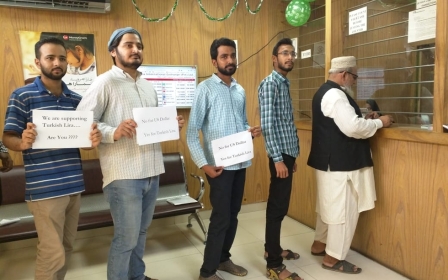