Canadian prime minister said he hasn't listened to the recording himself, but was briefed on its contents 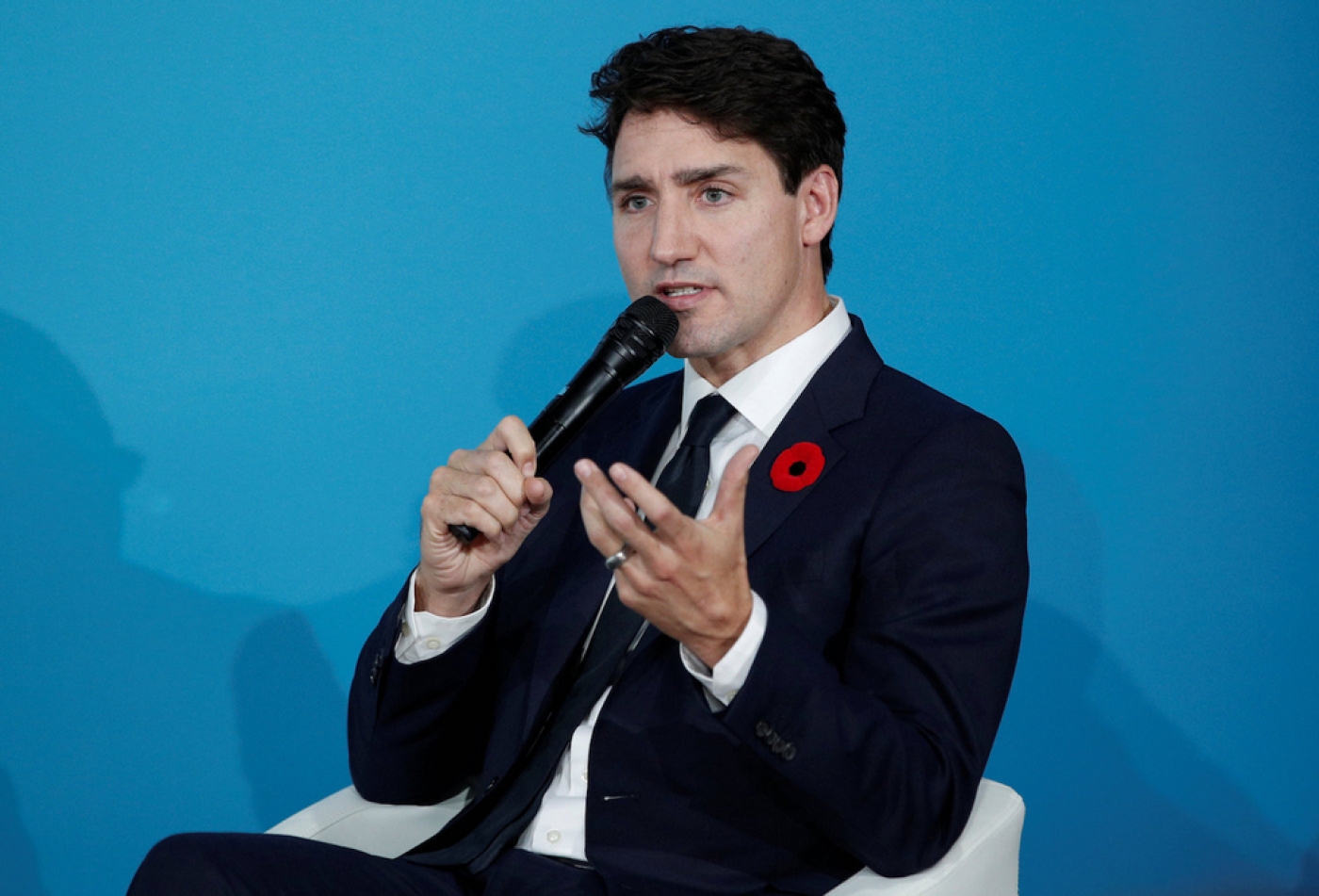 Justin Trudeau has confirmed that Canadian intelligence officials have listened to an audio recording of the killing of Saudi journalist Jamal Khashoggi.

Trudeau, however, did not reveal what can be heard on the recording.

He said Canadian intelligence officials are working "very closely" with their Turkish counterparts, to find out what happened to Khashoggi.

"We continue to be engaged with our allies on the investigation into accountability for the murder of Jamal Khashoggi, and we are in discussions with our like-minded allies as to next steps towards Saudi Arabia," he said during a press conference at the Canadian embassy in Paris.

Trudeau's comments come a day after Turkish President Recep Tayyip Erdogan said that an audio recording of Khashoggi's murder existed and shared with the United States, Saudi Arabia, Germany, France and the UK.

French Foreign Minister Jean-Yves Le Drian disputed Erdogan's claims and said that Paris was not in possession of the recordings.

Asked if Erdogan was lying, Le Drian said: “He has a political game to play in these circumstances", as reported by Reuters.

“It is very imprudent for them to accuse our president of playing political games," Cavusoglu said.

A Saudi insider-turned-critic and prominent columnist at the Washington Post newspaper, Khashoggi was killed on 2 October after he entered the Saudi consulate in Istanbul to retrieve paperwork for his upcoming marriage.

At first, Saudi officials insisted that Khashoggi left the building unharmed. But their story changed several times and last month; the Saudi public prosecutor acknowledged the journalist was the victim of premeditated murder.

Despite admitting the prominent critic of the Saudi government  had been killed in a premeditated murder, the kingdom has sought to insulate its de-facto leader Crown Prince Mohammed bin Salman (MBS) from the scandal.

MEE has previously revealed that seven of those sent to kill Khashoggi were members of the crown prince's security detail.

The existence of a recording of Khashoggi's murder had been an open secret shared with much of the world's media soon after the journalist was killed.

Riyadh has been under increased pressure to hold those responsible for his murder accountable and Western governments have faced mounting pressure to suspend arms sales to Saudi Arabia over what happened.

Despite calls for Canada to cancel a massive $12bn arms deal with the Saudis, Ottawa has said it is still deciding what to do in response to Khashoggi's murder, if anything.

"The situation prompted by Khashoggi’s assassination is about much more than export controls. It is perhaps the greatest test in years of Canada’s commitment to the promotion and protection of human rights," Cesar Jaramillo, executive director of Canadian anti-war group Project Ploughshares, told MEE in October.

While Norwegian officials didn't say whether Khashoggi's case prompted the move, they said it came after "a broad assessment of recent developments in Saudi Arabia and the unclear situation in Yemen".

Meanwhile, Germany has pledged to suspend its own weapons exports to Saudi Arabia over Khashoggi's murder, but several other countries, including the UK, France and Spain, appear poised to maintain their existing deals with Riyadh.

Earlier this year, Saudi Arabia expelled the Canadian ambassador to the country following comments made by Canada's Minister of Foreign Affairs Chrystia Freeland who expressed concern over the arrest of Samar Badawi, the sister of activist Raif Badawi.

Riyadh issued an official statement condemning Freeland's comments and described them as "blatant interference in the Kingdom's domestic affairs." Khashoggi
Erdogan: Khashoggi murder audio exists and has been shared with US and Saudi