Erdogan: Khashoggi murder audio exists and has been shared with US and Saudi

In first official acknowledgement that recording exists, Turkish president says it has also been given to France, Germany and the UK 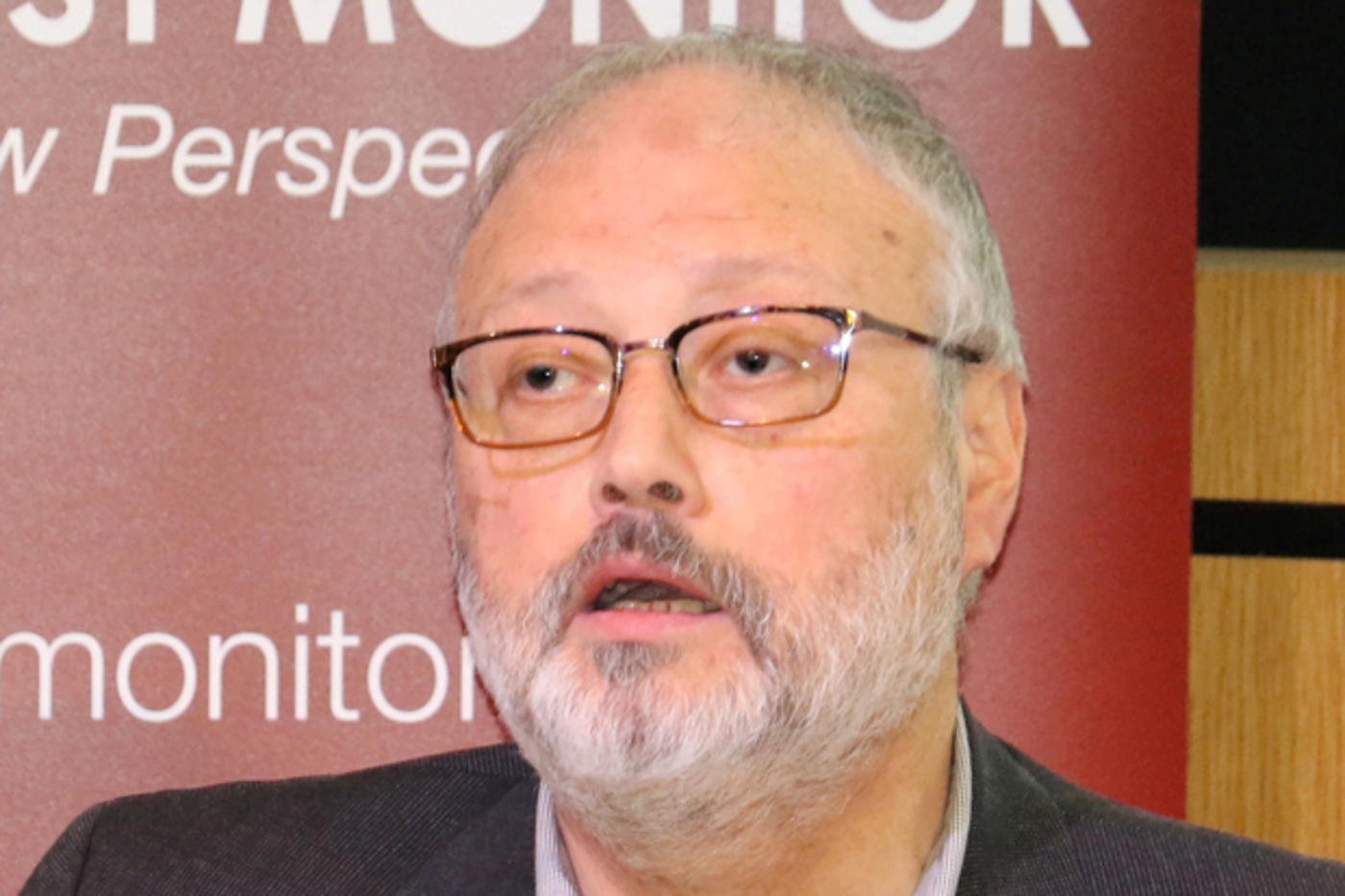 Turkish President Recep Tayyip Erdogan confirmed on Saturday the existence of an audio recording of Jamal Khashoggi's death and said he had shared it with the United States, Saudi Arabia, Germany, France and the UK.

The existence of such a recording had been an open secret shared with much of the world's media soon after Khashoggi was killed in the Saudi consulate in Istanbul on 2 October.

In the face of mounting evidence, Riyadh later acknowledged Khashoggi died in a fistfight, then admitted he was the victim of a brutal premeditated murder.

We gave them to Saudi Arabia, we gave them to Washington, to the Germans, to the French, to the English. They listened to the conversations which took place here, they know

"They listened to the conversations which took place here, they know," he said.

Asked about Erdogan's remarks, a spokesperson for the UK's foreign office told Middle East Eye: "We are neither confirming nor denying the claims made today."

A Turkish official, speaking on condition of anonymity, previously told MEE that the audio recordings were unlikely to ever be publicly released.

The audio appears to have been obtained by the bugging of the Saudi consulate, which is in contravention of the Vienna Convention and therefore illegal under international law.

As a result, they could not be used in the Istanbul prosecutor's case, which he is building against the Saudis involved in Khashoggi's murder.

'Poured down the drain'

One of the most prominent points of contention between the Saudi and Turkish teams investigating Khashoggi's murder has been the kingdom's refusal to reveal the location of the journalist's remains.

Riyadh said the body had been handed to a local collaborator to dispose of, but Saud al-Mujeb, Saudi Arabia's top prosecutor, later rowed back on that.

However, MEE understands that Mujeb, who visited Istanbul last month, did not offer an alternative version of events.

Earlier this week, Turkish officials said Khashoggi's remains had been dissolved in acid, and none of them survived.

On Saturday, the Turkish newspaper the Daily Sabah reported that the Saudis poured Khashoggi's dissolved remains down a drain.

Investigators found traces of acid in samples taken from the consulate's drain, the publication reported.

On hearing the news earlier this week that Khashoggi was likely dissolved in acid, his fiancee Hatice Cengiz took to Twitter on Thursday to express her dismay.

"I'm unable to express my sorrow to hear about dissolving your body Jamal!" she wrote.

"They killed you and chopped up your body, depriving me and your family of conducting your funeral prayer and burying you in Madinah as wished."

Despite admitting the prominent critic of the Saudi government was killed in a premeditated murder, the kingdom has sought to insulate its de-facto leader Crown Prince Mohammed bin Salman (MBS) from the scandal.

MEE has previously revealed that seven of those sent to kill Khashoggi were members of the crown prince's personal security detail.

Some were members of a death outfit known as the Tiger Squad, a team of assassins with close ties to MBS that is used to muzzle dissenters, MEE discovered.

However, Erdogan has accused the "highest levels" of the Saudi government of being behind the murder. Some Turkish officials have said the Saudi crown prince was the architect of Khashoggi's murder.

The heir to the Saudi throne denies he was aware of the plot to kill Khashoggi or the attempted cover-up.

US President Donald Trump, meanwhile, has oscillated between statements backing MBS's version of events and pouring scorn on the official lines coming out of Riyadh.

Khashoggi was killed by a team of 15 Saudis almost immediately after walking into his country's consulate in Istanbul to obtain documents he required to remarry.

On Monday, Erdogan called on the Saudis to identify which of the 15 was responsible for the fatal act. The Istanbul prosecutor has said that Khashoggi was strangled to death, then dismembered.

There's no need to distort this issue, they know for certain that the killer, or the killers, is among these 15 people

The Turkish leader also said Mujeb refused to cooperate with the investigation when he visited Istanbul.

Sources have told MEE that Mujeb was described by the Istanbul prosecutor as the "lowest of the low". The Saudi team travelling with Mujeb only wanted to know what information on the murder the Turkish side had, sources said.