Killing of Muslim family shows Canada is not a multicultural haven, experts say

London attack is a part of deep rooted problem of Islamophobia that politicians have failed to address, experts and community members say Members of the Muslim community and supporters light candles and place flowers at a memorial on 8 June in London, Canada (AFP)
By
Umar A Farooq

The killing of four members of the Afzaal family in London, Ontario, earlier this week has left Canada's Muslim population in a state of fear, grief and anxiety - feelings they have become all too familiar with in recent years.

On Sunday, Nathaniel Veltman, 20, deliberately slammed his pick-up truck into Salman Afzaal, 46; his 77-year old mother; his wife Madiha, 44; and their 15-year-old daughter Yumna as they were waiting to cross the road. Only nine-year-old Faez survived.

Police said the attack was "premeditated" and "motivated by hate", while Prime Minister Justin Trudeau called it a "terrorist attack" and vowed to redouble efforts against far-right groups.

For members of London's Muslim community, who are still grappling with the tragedy, anti-Muslim hatred and Islamophobia are not new in the city or across the country.

Bebe Zafis, a London resident, lamented about the pervasive negative attitudes towards Islam and Muslims, saying she had stopped wearing the hijab in public over fears of getting attacked.

Experts told Middle East Eye that decades of discriminatory and racist rhetoric from politicians and the media had dehumanised Muslims, with Canadians unwilling to discard the false self-image that anti-Muslim hatred wasn't widespread and restricted to its southern neighbour.

'There are conditions in society that have made it more likely that Muslims will face violence, simply because they're Muslims'

"This [latest] attack is part of a process and it's a symptom of a set of conditions," Faisal Bhabha, associate professor at Osgoode Hall Law School in Toronto, Canada, told MEE.

"There are conditions in [Canadian] society that have made it more likely that Muslims will face violence, simply because they're Muslims."

Bhabha noted that since the 11 September 2001 attacks, and even before that, Canada had witnessed a steady rise in anti-Muslim bias that had largely gone unnoticed.

According to Statistics Canada, hate crimes against Muslims had spiked over the past decade, a fact highlighted in 2017 when they increased by 151 percent compared to the previous year.

That year, a white Canadian shot and killed six worshippers at a mosque in Quebec City shortly after evening prayers. He was not charged with terrorism.

More recently, the caretaker of a mosque in Toronto was stabbed to death just outside the centre's doors, while multiple Muslim women were attacked in the Alberta province between December 2020 and February 2021 in what were deemed "racially motivated" incidents.

Barbara Perry, director of the Centre on Hate, Bias and Extremism at Ontario Tech, said while Canada had an image of a multicultural haven, there were "significant problems around systemic racism and discursive racism as well, a whole array of forms of othering and marginalisation, ways of oppressing and constraining Islam, in particular".

The study also found that 46 percent of Canadians believed the discrimination Muslims faced was their own fault.

Failing to address the core problem

Immediately after Sunday's attack, Canadian politicians came out in droves to condemn the atrocity, with many uttering the phrase "hate has no place here".

But for many Canadians, the statements of solidarity rung hollow and they instead urged authorities to address rising Islamophobia and racist vitriol that is spread online.

"We hear this again and again and yet very few visible steps are taken to explicitly counter Islamophobia," Perry said.

In 2017, following the Quebec City Mosque shooting, the Canadian parliament passed a non-binding resolution, titled Motion 103, which condemned Islamophobia and all forms of systemic racism. It also said a study should be conducted to see how the government can work to end systems of racism and bigotry.

Perry said the bill was a failure due to its nonbinding nature and ultimately was no more than a statement. Despite its claims to "change the dynamics of Canada, it hasn't changed much at all", she said. Activists have also directed their anger at contentious pieces of legislation which single out Muslims for attack.

Bill 21, a piece of legislation passed in the province of Quebec in 2019, banned public workers in "positions of authority" from wearing religious symbols, including the hijab.

The law was condemned by rights groups that viewed it as a violation of religious freedom and said it especially targeted Muslim women. The legislation is facing renewed criticism following Sunday's attack.

A number of Muslim charities have also been disproportionately targeted and stripped of their charitable status by the government, according to a report published this week by the International Civil Liberties Monitoring Group.

"It's important to recognise that these are connected to everyday experiences of Muslim people in Canada with systemic and interpersonal discrimination," Sanaa Ali-Mohammed, an organiser and board member at the Urban Alliance on Race Relations, told MEE.

Perry said if Canadian authorities were truly concerned with addressing Islamophobia, they needed to address systemic racism, the rise of the far-right, the rhetoric, policies, and legislation put in place by the Canadian government - and Ottawa's foreign policy.

"It is an endless list [of issues to address]. It has to be a multi-sectoral approach," said Perry. 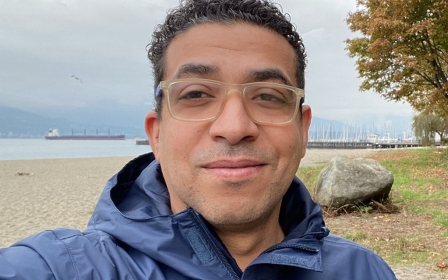