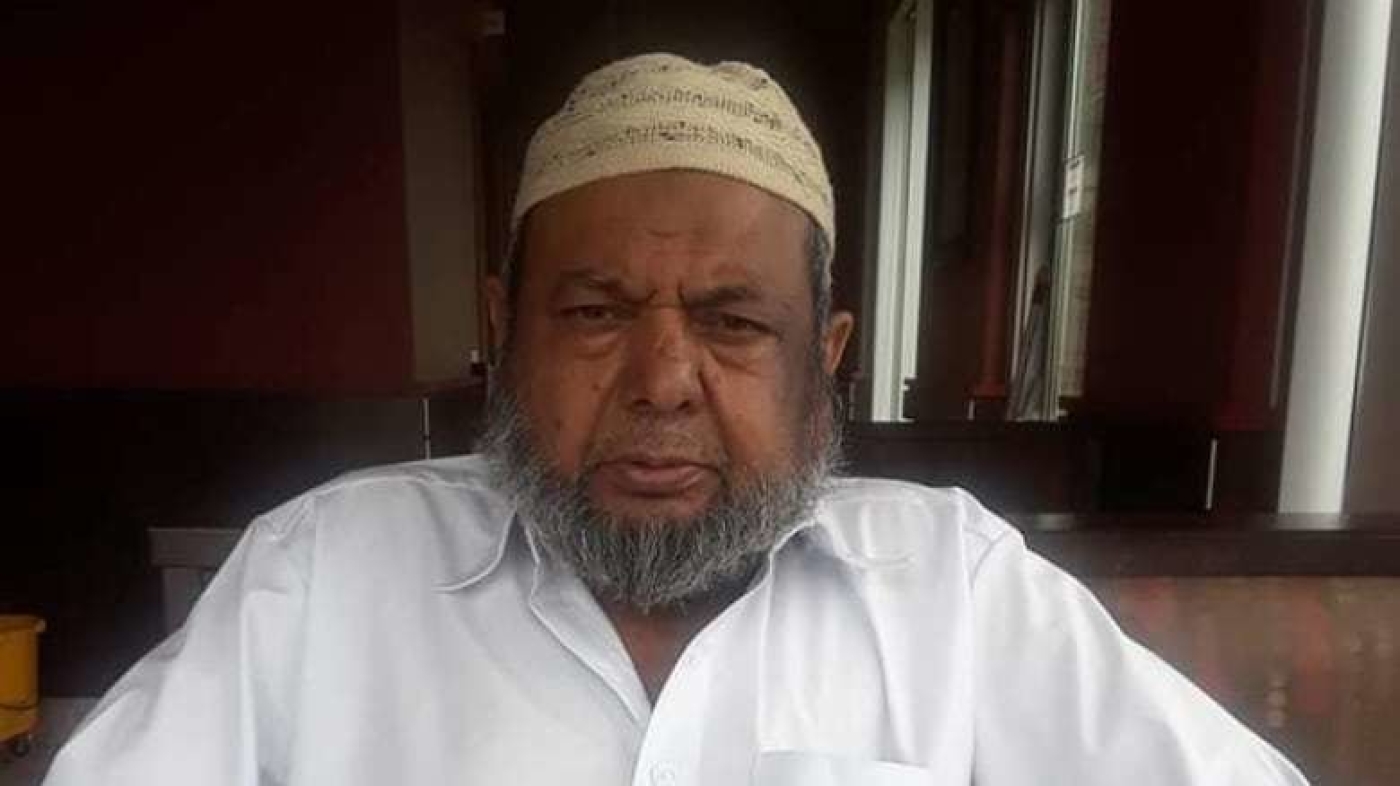 Ejaz Choudry leaves behind his wife and four children (Change.org)
By
Umar A Farooq

The killing of a 62-year-old man with schizophrenia by Canadian police on Sunday has continued to draw outrage, prompting a national conversation about racism and police brutality across the North American country.

Activists are calling for the defunding of the police, arguing that Ejaz Choudry's death, captured on video, has illuminated the abject way in which minorities are treated by police forces in Canada.

Choudry was shot and killed over the weekend when police responded to a call in Mississauga, a city some 25km west of Toronto, to "check on the wellbeing of a man".

Ibrahim Hindy, the president of the Muslim Council of Peel (MCP) in Mississauga, told Middle East Eye that Choudry was in his apartment when a relative called an ambulance as he was having a mental health episode.

'The police need to be held to the same level of justice as the rest of us are. There is blood on their hands and the officer who pulled the trigger should never be trusted with a gun or badge again'

When the paramedics approached his home and saw that he had a knife in his hand, police were notified.

According to the family, when the officers arrived they began shouting commands in English, a language Choudry did not understand.

Hindy explained that the family pleaded with officers to be allowed to communicate with Choudry, who had a severe paranoia of the police.

"He's more triggered by the police than anyone else," Hindy said. "His family never actually felt fearful of him, they just were afraid he was going to hurt himself."

The Peel Police Department said its officers believed Choudry had access to weapons and entered his home after he stopped communicating - leading to an "interaction" where police fired a stun gun, plastic bullets and a gun.

Video footage taken by a bystander showed police kicking down Choudry's door and firing several rounds of ammunition. Choudry was pronounced dead at the scene.

"This incident [has] really shined a light on the fact that the police are not well equipped for de-escalation," Hindy told MEE.

Choudry's death has drawn parallels to a spate of recent police-involved deaths that began as mental-health calls.

Earlier this month, Chantel Moore, an Indigenous Canadian woman, was shot dead by police who were responding to a request for a wellness check. In April, 26-year-old D'Andre Campbell, a Black man, was fatally shot by police after he called for help while experiencing a mental health episode.

The outcry over the deaths sparked protests in Mississauga and Toronto on Monday that called on the government to defund and even abolish the police, in light of the recent George Floyd protests.

The Muslim Council of Peel and the province's official opposition joined the Choudry family in calling for a public inquiry into his death, and noted a "disproportionate number of individuals including Black, Indigenous and Muslims are the victims of police shootings across Canada".

"The police need to be held to the same level of justice as the rest of us are. There is blood on their hands and the officer who pulled the trigger should never be trusted with a gun or badge again," said Mohammed Hashim, who sits on the board of the Urban Alliance on Race Relations.

Still, some members of the community have noted that there have not been enough calls from Muslim leaders to address the funding of the police or the socioeconomic disparities that lead to officer misconduct. "Working and poor people are more susceptible to this type of police brutality and violence," Aminah Sheikh, a union organiser, told MEE. "We need to stop this punitive structure of policing and incarceration."

"It was beautiful to see Black, brown and diverse people are standing together and saying we need to defund the police and stop police brutality because it's their communities that are also affected."

The Peel Police Department told MEE they could not speak on the matter as the incident was under investigation. Still, the department's service board said in a statement that its members were "saddened" by Choudry's death and urged the province's police watchdog, the Special Investigation Unit (SIU), to "work as expeditiously as possible to conclude" an investigation into his death.

Hindy told MEE that many in the community doubted the SIU's ability to deliver justice and called for an independent inquiry unconnected to the police watchdog.

"There are reports that show that there are significant failures in police investigations," Hindy said.

"So there isn't any faith that the community has that the SIU is going to be able to conduct a fair investigation and that's why they've asked for a public inquiry that is independent of the SIU to perform the investigation."

In 2008, Ontario's then ombudsman André Marin released a scathing report into the police watchdog, saying "there's no doubt in my mind that an SIU investigation is one which is currently done through blue-coloured glasses.

"There is no doubt that there is a police bias in their approach to investigations."