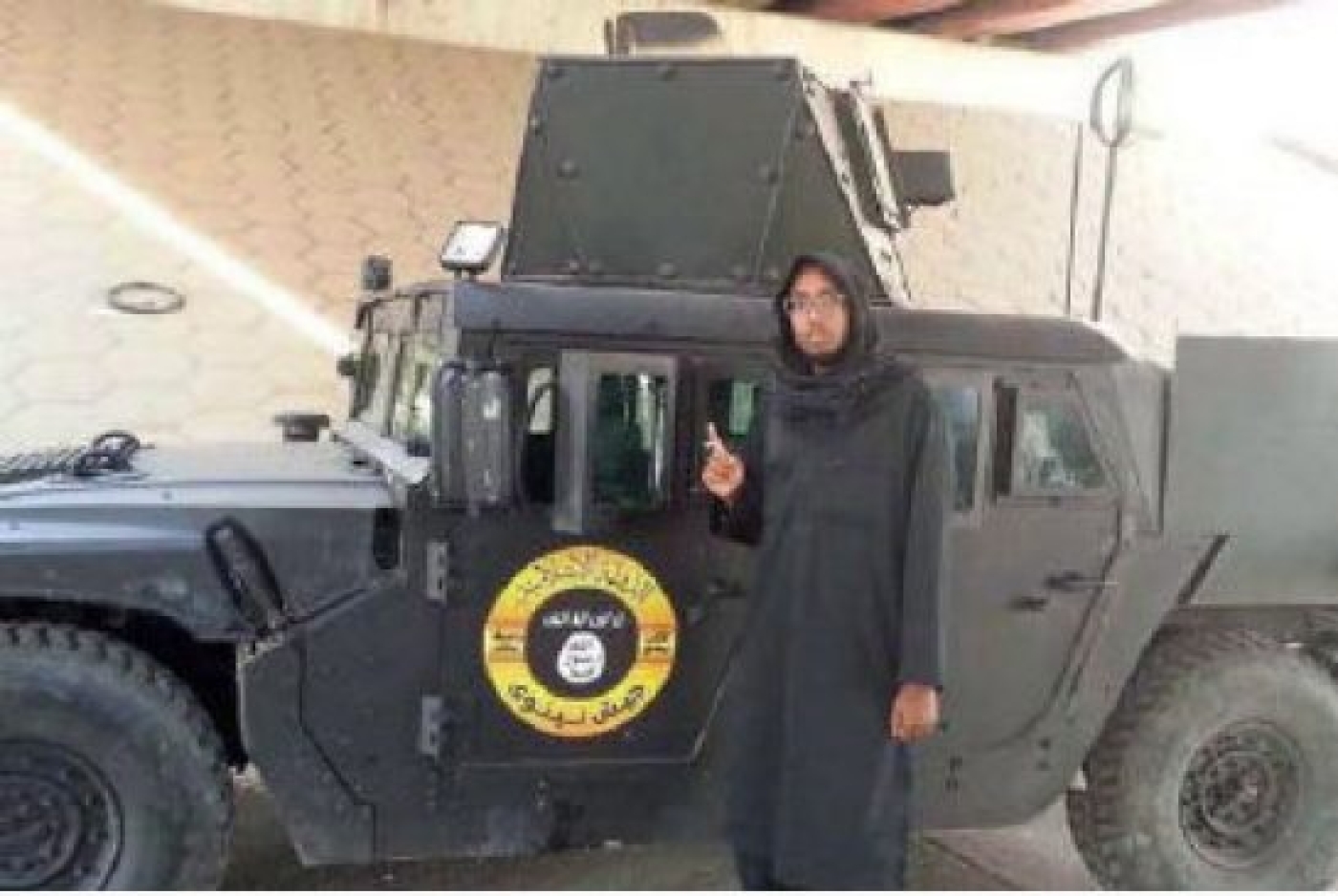 Farah Shirdon, a 22-year-old from Calgary, has been charged with a handful of terrorism-related offences (RCMP)
By
Jillian Kestler-D'Amours

TORONTO, Canada – A Canadian court has ordered VICE News to hand over chat logs between a reporter and a man who's identified himself in videos as a member of the Islamic State (IS) group in a decision experts say strikes a serious blow to media freedom in Canada and abroad.

Makuch reportedly communicated with Shirdon, a 22-year-old from Calgary who has been charged with a handful of terrorism-related offences, using the Kik instant messaging app. The RCMP wants access to screen grabs of the chats.

“I’m particularly concerned about the precedent it could set and the possibility of police resorting more to going after journalists to gather evidence and information in their criminal investigations,” Iain MacKinnon, the lawyer for VICE News and Makuch, told Middle East Eye.

MacKinnon said VICE is looking into filing an appeal of the decision.

“Any time a journalist is used as an investigative arm of the police or state, I think it’s a concern for journalists everywhere in the world,” he said.

The RCMP alleges that Shirdon left Canada in March 2014 to join the Islamic State group in Syria.

Last September, the RCMP filed six terrorism-related charges against him in absentia, including leaving Canada to participate in the activity of a terrorist group and instructing others to carry out terrorist activity for IS (raising money, joining the group, and committing violence).

One charge – “commission of an indictable offence for a terrorist group” – specifically relates to threats Shirdon allegedly made during an interview with VICE. In an article published in October 2014, Shirdon – who also goes by the pseudonym Abu Usamah – told Makuch that Canada was not safe from IS attacks.

“Canadians at home shall face the brunt of the retaliation,” Shirdon told Makuch. “If you are in this crusader alliance against Islam and Muslims you shall see your streets filled with blood Inshallah.”

"There is a strong public interest in the effective investigation and prosecution of such allegations,” MacDonnell said in his ruling, according to The Canadian Press.

But VICE has argued the screen captures won’t provide police with any information they don’t already have.

"Our reporting has allowed the RCMP to charge Shirdon in absentia. We are not protecting Shirdon's identity or whereabouts, and we believe we have published all relevant material that is within the public interest," said Patrick McGuire, head of content for VICE Canada.

"VICE News, and every other Canadian journalistic organisation, must be permitted to operate as an entity that is independent from law enforcement."

In the United States, shield laws are meant to protect reporters from being forced to divulge their sources by law enforcement or other government agencies.

But the authorities have increasingly used the pretext of national security and terrorism to compel journalists to reveal information.

In 2014, New York Times journalist James Risen called US President Barack Obama’s administration the “greatest threat to press freedom” in at least a generation. Risen faced jail time for refusing to testify in the case of Jeffrey Sterling, a former CIA officer who was accused of leaking information to him.

Risen, who was eventually not called to testify in the case, said the US government sought to “narrow the field of national security reporting” and threatened to punish journalists that went beyond the “path for accepted reporting”.

Under the Obama administration, the US Justice Department “has brought more charges in leak cases than were brought in all previous administrations combined”, according to the NYT.

Seamus Hughes, deputy director of the programme on extremism at George Washington University, said he was not familiar with any case in the US in which the authorities compelled journalists to reveal communications with IS fighters specifically.

Hughes, who conducts research into the group and its members, and previously worked on US efforts to implement a "countering violent extremism" strategy, said the question is not whether the VICE case will have an effect on the willingness of IS members to speak with journalists and researchers, but rather "how big of an effect".

"What you’re doing is essentially trying to build a rapport with individuals that are in Syria and Iraq fighting for a terrorist organisation. It’s not particularly easy. They don’t trust you and they think you’re part of a larger Western machine that’s against them," he told Middle East Eye.

"You’re already a few steps back to begin with … and then you keep adding more and more roadblocks to trust," he said.

“It’s a balancing act between giving them a platform but also trying to understand their worldview,” he said. “This is one of the few avenues to talk to them and get information.”

But Canada is not alone in compelling reporters to reveal their communications with IS members specifically.

Last year, British police reportedly used anti-terrorism legislation to seize the laptop of a BBC journalist who was in contact with members of the group. Freedom of expression and legal experts warned that the UK’s Terrorism Act would make it harder for British journalists to report on issues of public interest.

“If journalists go near something to do with terrorism the police can use the Terrorism Act to go after their sources,” Jo Glanville, director of English PEN, told the Independent at the time of the seizure.

Tom Henheffer, executive director of Canadian Journalists for Free Expression, told Middle East Eye the VICE case will have a “massive chilling effect” on media freedom and freedom of expression in Canada.

“This isn’t just VICE and this isn’t just terrorism; this is going to affect all Canadian journalism. A precedent is being set where the Canadian media is essentially being forced to be an arms-length part of the Canadian law enforcement organisations,” he said.

Henheffer said the case could have an impact on journalism in other countries, too.

“I think that Canada is seen as a bastion of the free press and as a beacon for democracy, and to have these restrictions placed in Canada, I think that (it) will encourage other governments in other countries to enact the same restrictions. ‘If Canada is doing it, why won’t we do it?’” he said.

Henheffer also said the case could impact Canada’s national security: If IS members and other criminals no longer speak to the media, it will be more difficult for law enforcement agencies to collect information and understand the group’s motivations.

“If they think that everything they’re saying is just going to be turned right over to the police, they simply won’t talk to (journalists),” he said.

“By ordering them to give over this information, the RCMP is essentially shooting itself in the foot because it will ensure that the press won’t have access to this information in the future.”