Produced mainly in Syria and consumed almost exclusively in the Middle East, the drug poses an increasing health and security risk to the region, according to New Lines Institute 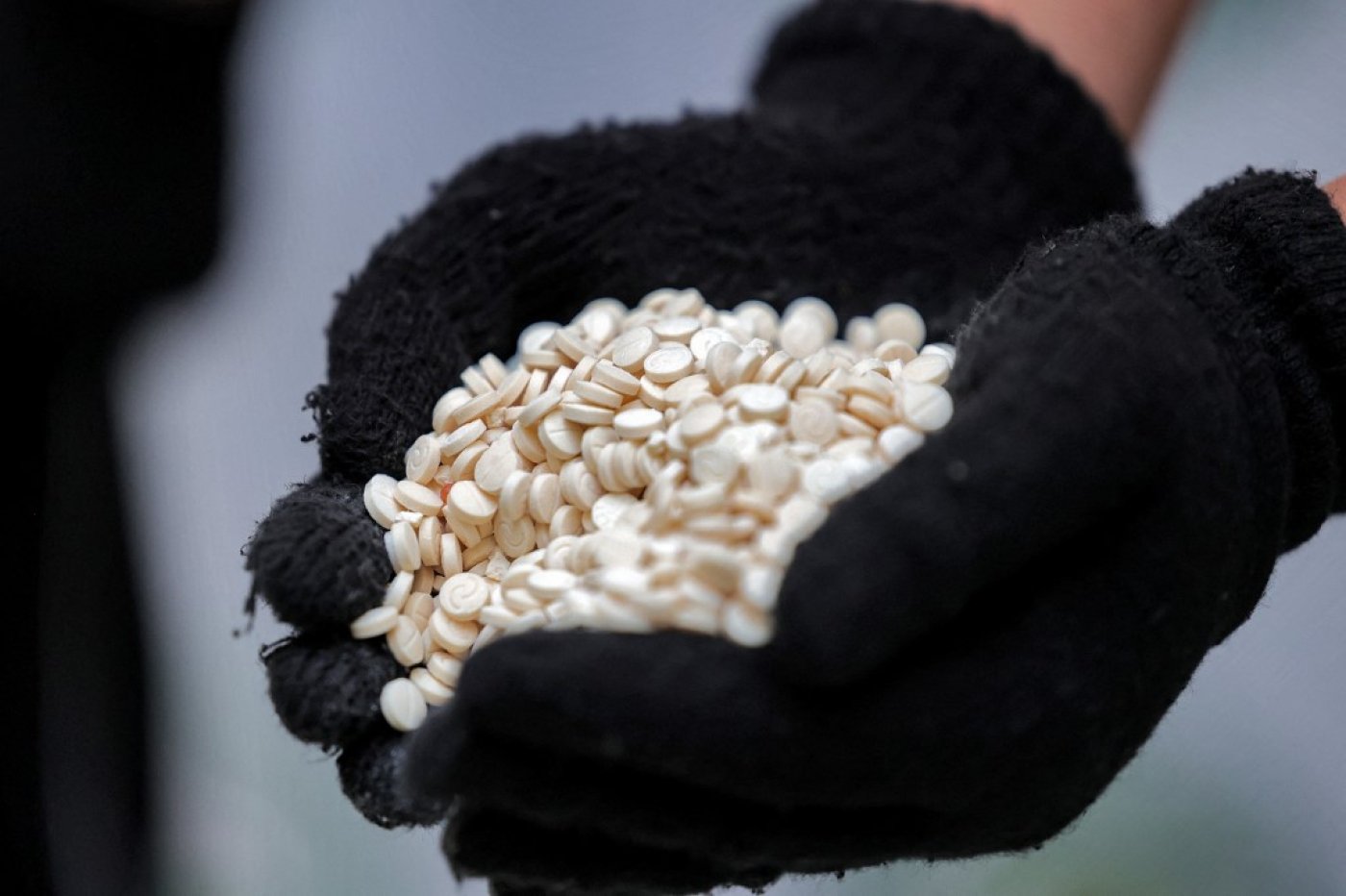 An officer of Saudi Arabia's Directorate of Narcotics Control holds a handful of Captagon tablets seized in the city of Jeddah, 1 March 2022 (AFP)
By
MEE and agencies

Trade in the amphetamine-type stimulant Captagon in the Middle East grew exponentially in 2021 to top $5bn, posing an increasing health and security risk to the region, a report has said.

Research by the New Lines Institute released on Tuesday paints an alarming picture of the impact that booming Captagon production is having on the region, AFP reported.

"The Captagon trade is a rapidly growing illicit economy in the Middle East and the Mediterranean," said the report, authored by analysts Caroline Rose and Alexander Soderholm. 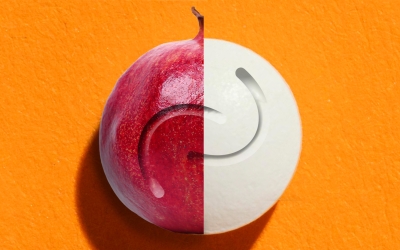 "Based on large-scale seizures alone, the potential value of the retail trade in 2021 is estimated at over $5.7bn," it said.

The figure is a jump from an estimate of around $3.5bn in 2020 and only reflects the retail value of the pills seized last year, which the think-tank tabulated at more than 420 million.

Many countries have not divulged aggregated seizure figures for the drug, of which Syria is the main producer and Saudi Arabia the main consumer.

The real amount of seized pills is likely to be higher and still only a fraction of the total amount of Captagon produced.

A tally created by AFP showed seizures continuing at a slightly slower rate than last year, mostly because a record shipment of 94 million pills was intercepted in Malaysia in March 2021.

Captagon was the trade name of a drug initially patented in Germany in the early 1960s that contained an amphetamine-type stimulant called fenethylline used to treat attention deficit and narcolepsy, among other conditions.

It was later banned and became an illicit drug almost exclusively produced and consumed in the Middle East.

Captagon is now a brand name, with its trademark logo sporting two interlocked "Cs", or crescents, embossed on each tablet. It is a drug that often contains little or no fenethylline and is close to what is known in other countries as "speed".

New Lines said that its changing formula makes attempts at cracking down on the booming trade harder.

"One of the most challenging aspects in tracking the patterns of Captagon production, smuggling and use is assessing its precursors and constantly shifting chemical formula," it said.

The market value of the Captagon produced in Syria now far outstrips legal exports and has resulted in the country being branded a "narco-state".

The New Lines report further documented how members of President Bashar al-Assad's family and high-ranking members of his government are involved in Captagon manufacturing and smuggling.

Stifled by international sanctions slapped on the government in the course of Syria's 11-year-old war, the government is "using the trade as a means for political and economic survival", the report said.

Some Captagon production facilities, albeit smaller ones, are located in Lebanon, already the world's third-largest hashish exporter after Morocco and Afghanistan.

"Lebanon has served as an extension of the Syrian Captagon trade, a key transit point for Captagon flows," the report said.

"When production shifted to Syria, there was always a level of involvement from Lebanon," Caroline Rose, one of the report's authors, told MEE in November 2021.

A lot of the production in the early 2000s was carried out by non-state groups, which needed mobile laboratory facilities that could be moved to avoid the Syrian state’s iron grip.

"There was a lot of evidence where Captagon labs would be shipped to Lebanon for a while, go to the Bekaa Valley and then come back into Syria," said Rose.

"The production in Lebanon is in no way comparable to the level and scale of production inside of Syria because you have the participation and the backing of the state in production." 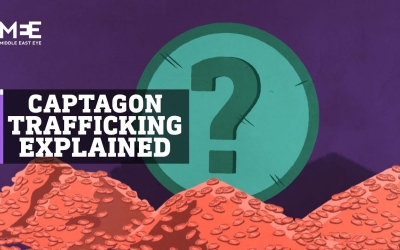 Explained: The illegal trafficking of Captagon pills in the Middle East
Read More »

Syrian state figures are benefitting from various allied militias and proxies in organising the trade, including Lebanon's Hezbollah movement, the report said.

Some of the Shia group's main areas of influence include a significant stretch of the Syrian-Lebanese border, giving it a key role in regional trafficking.

"With its history of controlling Lebanese cannabis production and smuggling out of the southern Bekaa Valley, Hezbollah has seemingly served an important supporting role in the Captagon trade," New Lines said.

Captagon has so far only been consumed on a very small scale in Europe, but what has become Syria's biggest export has the potential to spread beyond the Middle East.

"Its spectrum of effects and reasons for use give it a very broad appeal," Rose said.

Sold for less than one dollar in parts of Syria to consumers who primarily use it to stay awake and work several jobs, a tablet can fetch more than $20 in Saudi Arabia where is it prized as a recreational drug.

"It could ultimately penetrate the European market and carve out its own niche," Rose said. 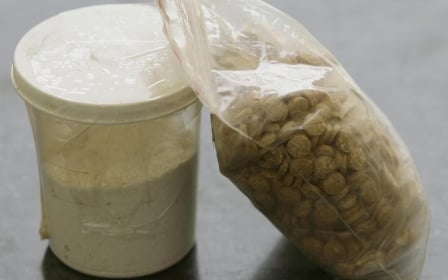