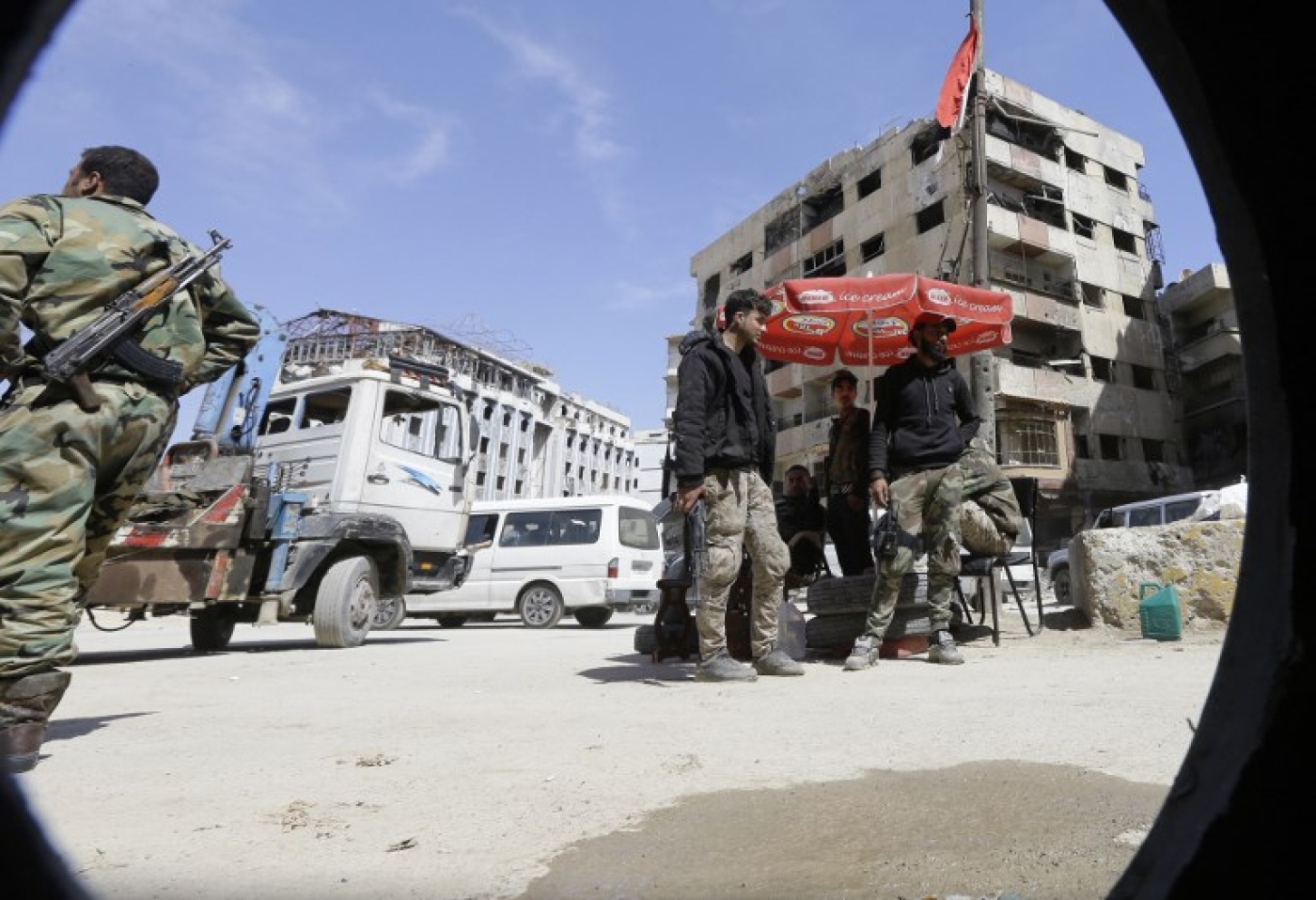 International investigators on Tuesday were awaiting the green light from a UN security team to begin work in a Syrian town hit by an alleged chemical attack, after delays and warnings by Western powers that crucial evidence had likely been removed.

The suspected 7 April gas attack on Douma, near Damascus, reportedly left more than 40 people dead and was blamed by Western powers on the government of Syrian President Bashar al-Assad.

In response, the United States, France and Britain conducted missile strikes on Syrian military installations, but Paris admitted on Tuesday they were a matter of "honour" that had solved nothing.

Syrian Ambassador Bashar Jaafari told a meeting of the UN Security Council that the team of experts would begin work on Wednesday once they receive the all-clear from the security detail.

"If this United Nations security team decides that the situation is sound in Douma then the fact-finding mission will begin its work in Douma tomorrow," Jaafari told the council in New York.

Speaking to MEE, a spokesperson for the OPCW said on Tuesday that it "could not confirm or deny" whether its inspectors had entered the area "due to safety reasons".

France had earlier warned that it was very likely that evidence was disappearing from the location of the attack in Syria.

In a statement, the French foreign ministry said: "It is very likely that proof and essential elements are disappearing from this site."

Russian Foreign Minister Sergei Lavrov denied the claim and told the BBC on Tuesday: “I can guarantee that Russia has not tampered with the site.”

Russia had earlier said that inspectors from the OPCW would soon be allowed into Douma, according to the BBC.

The investigators arrived in Syria on Saturday, following US-led air strikes on the country, but were not given access to the town on the outskirts of the capital while Russia cited “security concerns,” according to the BBC.

Syria and Russia have denied that there was a gas attack and have accused rebel sympathisers of staging the incident.

Douma attacks: What we know so far, and what world powers have told us
Read More »

The US and its allies, the UK and France, have said they believe it is only the latest in a series of gassings ordered by the Assad government and launched air strikes last Friday night against Syrian military targets in response.

Using information available through open sources, the Bellingcat website concluded last week that one of the attacks was "most likely" the result of chlorine gas dropped by the Syrian air force from a helicopter.

Russian military chemists who visited Douma the day after the alleged attacks were unable to find any trace of chemical weapons, according to Russian officials.

Relief organisations have said that more than 70 people were killed on 7 April in two attacks on the Eastern Ghouta town which was the last rebel-held area near the capital.

Hours after the attack, Jaish al-Islam, the group which had held the town from late 2013, agreed to a final evacuation deal with the Russian and Syrian governments.