Five children were among at least eight people killed on Tuesday in Russian air strikes on a school in the northwestern province of Idlib.

According to the Britain-based Syrian Observatory for Human Rights, the strikes targeted the village of Jubass near the town of Saraqeb in southern Idlib province, killing civilians sheltering in and near a school.

The air strikes come as Syrian government forces surrounded a Turkish observation post in Idlib after overrunning nearby areas.

The Idlib region in northwest Syria has seen an uptick in violence in recent days as government forces supported by Russian fighter jets have launched a fresh assault to capture one of the largest urban centres in the area.

On Monday, government forces surrounded one of 12 Turkish observation posts in the region, according to the observatory.

"Regime forces have surrounded the Turkish observation post in Al-Surman after capturing several towns and villages, including Jarjanaz and Al-Surman" in the southeast of the province, said the head of the Britain-based monitor, Rami Abdel Rahman.

The posts were established as per a September 2018 deal between Moscow and Ankara, which have backed opposing sides in the Syrian war, to avert an all-out Syrian government attack on the last province still under the control of Syrian opposition forces.

The Idlib region, which is now largely controlled by Hayat Tahrir al-Sham, an alliance of militant groups, hosts some three million people including many displaced by years of violence in other parts of Syria.

The Damascus government has repeatedly vowed to take back the area and bombardment has continued despite a ceasefire announced in August.

Since Thursday, government forces supported by Russian air strikes have taken control of many towns and villages near the strategic city of Maaret al-Numan.

Despite last year's deal, the Damascus government, which controls 70 percent of Syria, launched a blistering offensive against Idlib in April, killing around 1,000 civilians and displacing more than 400,000.

A Turkish observation point in the town of Morek was encircled by Syrian government forces in August this year. The fresh advances in Idlib came as Russian warplanes continued to pummel the province's south, fuelling an exodus of civilians, who fear further chaos.

According to the Observatory, more than 30,000 people had fled the flashpoint area in southern Idlib in recent days. More than 40 civilians were reportedly killed in the region in the past week.

Exacerbating an already dire humanitarian situation, Russia and China last week vetoed a UN Security Council resolution that would have extended for a year cross-border aid deliveries to four million Syrians, many of them in the Idlib region.

The move, slammed by the United States, raised fears that UN-funded assistance could stop entering opposition-held parts of Syria from January unless an alternative agreement is found.

Syria's war has killed over 370,000 people and displaced millions since beginning in 2011 with the brutal repression of anti-government protests. 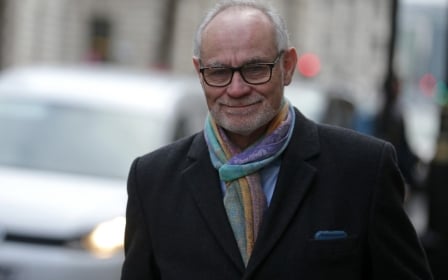