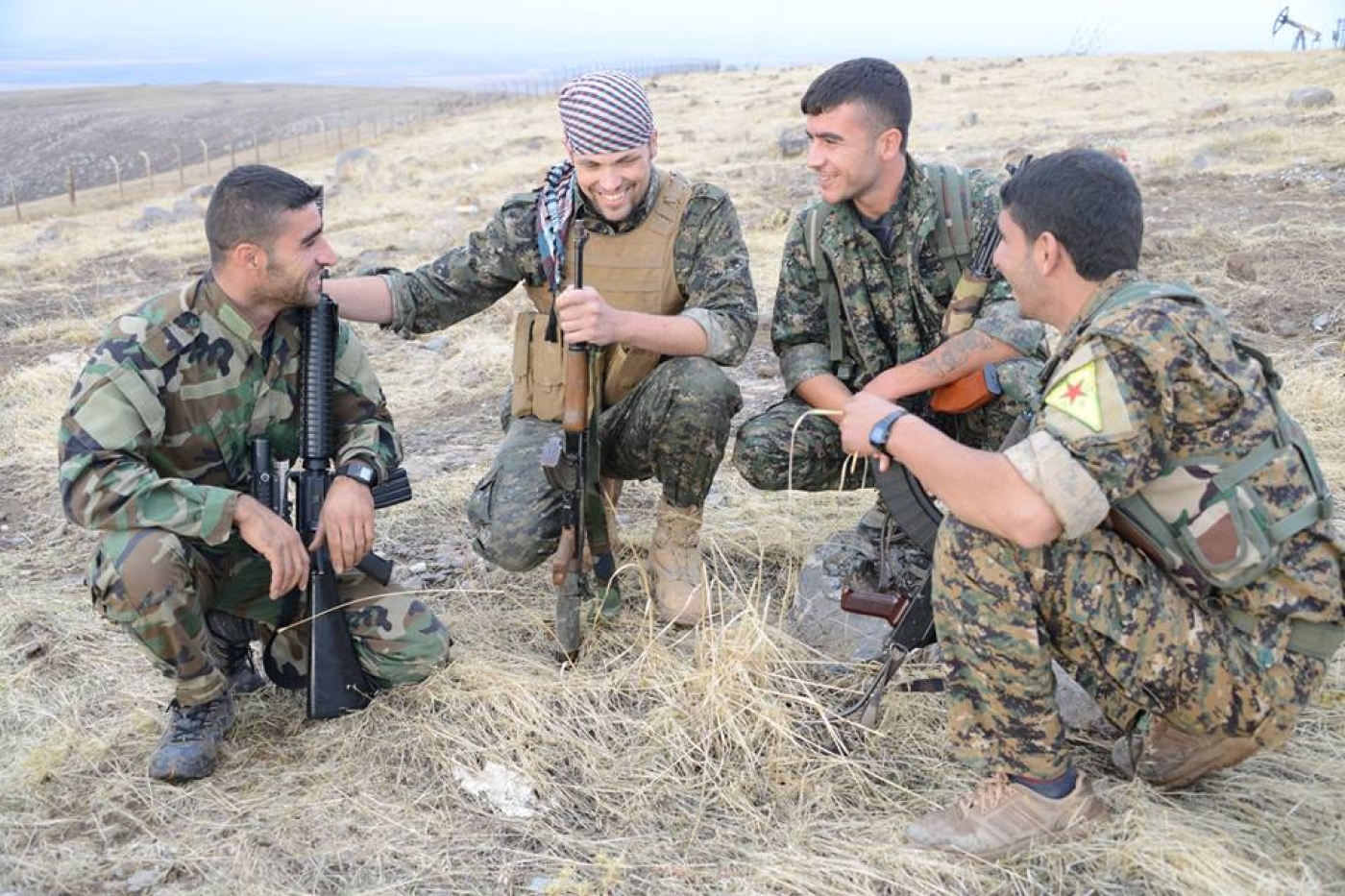 Foreign volunteers fighting the Islamic State (IS) are leaving the Kurdish People’s Protection Units (YPG) and joining other militia’s due to the group’s left-wing socialist ideology.

According to foreign fighters quoted by AFP, an exodus is currently underway of US and other Western volunteers from the YPG due their left-wing stance, with one US army veteran – referred to as “Scott” – claiming he decided not to join after finding out they were a “bunch of damn Reds.”

Another British volunteer named Alan Duncan also said he had left the YPG, who are based in the Syrian Kurdistan region also known as Rojava, because of their leftist views and said he knew a number of other people were planning to leave soon for the same reason.

Many have instead chosen to join Dwekh Nawsha, a Christian militia in northern Iraq whose ideology chimes more with western Christian volunteers than the intensely secular YPG.

One Christian American volunteer, who called himself Brett, told Reuters that he had joined Dwekh Nawsha (which translates as “Self-sacrifice) in Iraq’s Ninevah province where Christian villages still held out against IS.

“Here I’m fighting for a people and for a faith, and the enemy is much bigger and more brutal,” the army veteran said, comparing it to his time with the US military in Iraq in 2006.

“These are some of the only towns in Nineveh where church bells ring. In every other town the bells have gone silent, and that’s unacceptable.”

He added that he was not afraid to die for his faith.

“Everyone dies,” he said, “One of my favourite verses in the Bible says: be faithful unto death, and I shall give you the crown of life.”

Although the fight against IS in the Syrian Kurdish town of Kobane galvanised many right-wingers in the West, the YPG’s “democratic confederalism”, which espouses a libertarian socialist ideology derived from the writings of the US anarchist Murray Bookchin, has proved controversial.

The YPG are also closely linked to the Kurdistan Workers Party (PKK) in Turkey, a formerly Marxist-Leninist group who have waged a brutal guerrilla war with the Turkish state costing over 40,000 lives. The group has been banned as a terrorist group in the EU since 2002.

IS supporters themselves have often denounced the YPG and PKK as “commies” and “atheists” on social media.

Other volunteers and supporters of the YPG have, however, remained with the group precisely because of the politics they espouse.

"I come from a political family and I am a democratic socialist,” Greek volunteer Kristopher Nicholaidis told the YourMiddleEast website.

“I used my art and politics to defend the Muslim community from attacks initiated by fascists of the Golden Dawn party, but I consider IS jihadists as 21st century fascists posing a greater global threat as they barbarically spread Islamo-fascism on an international level.

"I believe that the YPG is therefore leading the greatest anti-fascist struggle of our time by fighting against IS jihadists,” he added. “I joined this struggle to fight against global fascism in defence of democracy and peace in Kurdish Rojava."

Though ideological reasons have been cited for the desertion, others have suggested that the intensity of the fighting in Rojava – particularly in Kobane – was a more plausible explanation.

"Most of the Internet cowboys have come to realise this isn't a normal deployment," volunteer Jordan Matson told AFP. "So they lose the stomach to come or stay."

Though Matson (who has “Christ is Lord” inscribed on his vest) has become something of a poster-boy for the American Christian right, he has so far expressed no interest in leaving the YPG for a Christian militia.

Speaking on Fox News’ Hannity Show, he claimed the Syrian Kurds were “extremely pro-Western, pro-American” and decried the lack of support they were getting from the US.

On his Facebook page he asked that volunteers interested in joining the fight contact the "Lions of Rojava" FB group, referring to the banner under which he and other western volunteers fight.

“If you would like to take up the fight against ISIS with the YPG then like the page and send them a private message inquiring about joining,” he wrote.

“Please be pacient (sic) as they receive many mails and bump your message if it takes a while for a response.”

Though numerous countries have passed laws to prevent their citizens travelling to fight with IS in Syria and Iraq, the same scrutiny has not been applied to volunteers in other militias.

The UK Home Office, in particular, has specified that there would be different approaches to dealing with volunteers for non-IS groups.

“UK law makes provisions to deal with different conflicts in different ways – fighting in a foreign war is not automatically an offence but will depend on the nature of the conflict and the individual’s own activities,” it said.