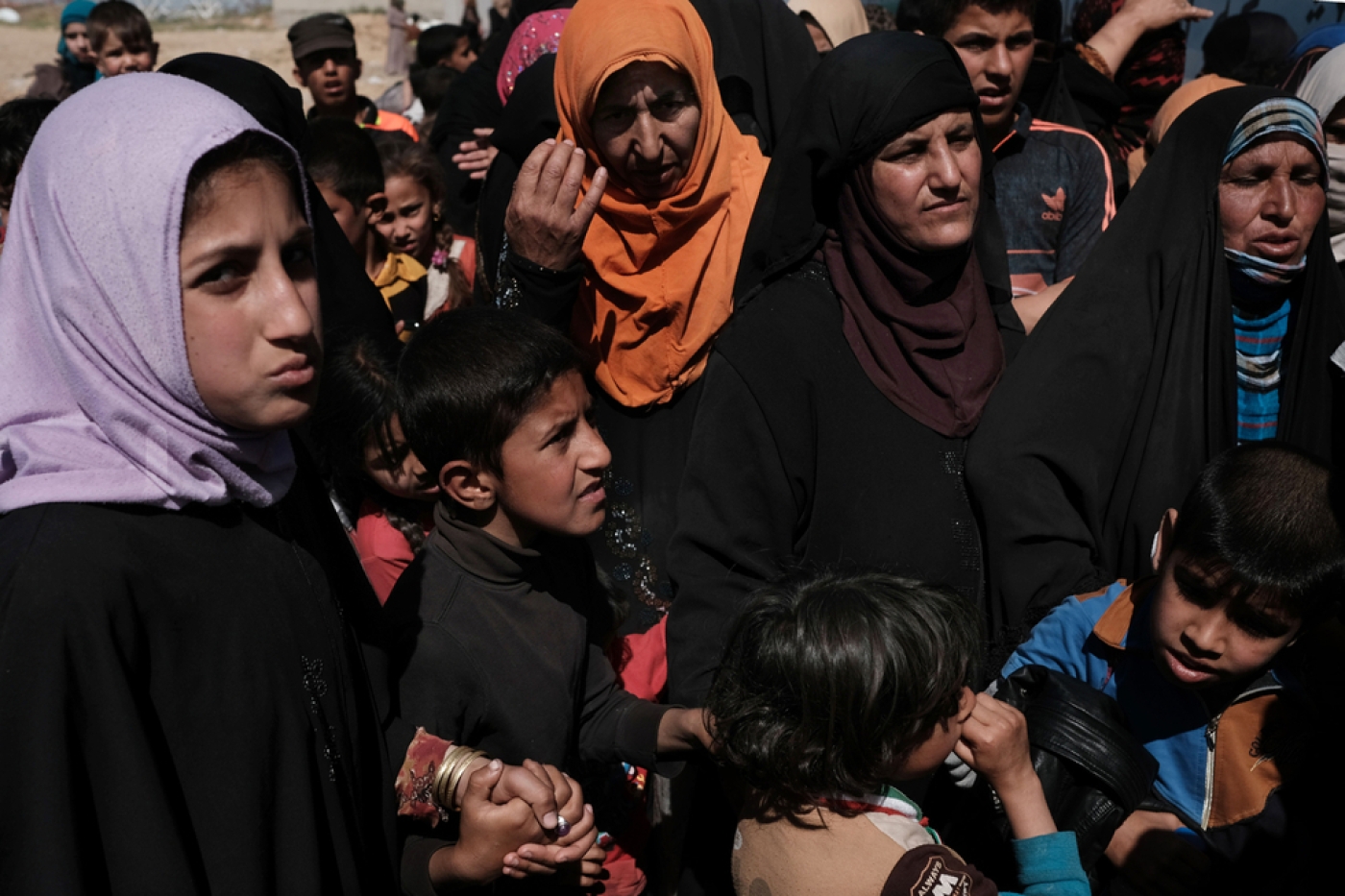 Iraqi women and children escaping violence from West Mosul wait to be evacuated in a UNHCR refugee camp in Hammam al-Alil in the outskirts of the embattled city of on 27 April, 2017 (AFP).
By
Areeb Ullah

Civilians are five times more likely to die in offensives carried out in cities than in other types of battlegrounds, the International Red Cross Committee (ICRC) said on Wednesday.

The warning comes as the civilian death toll contiinues to increase in Mosul and Raqqa, where renewed offensives to oust the Islamic State group have taken place.

The new ICRC report titled "I saw my city die", found that between 2010 and 2015, nearly 90,000 civilians were killed in conflict, with half of all civilian deaths worldwide occurred in Syria, Iraq and Yemen.

Robert Mardini, the ICRC's regional director of the Middle East, said that warring sides had to face the consequences fighting in cities could have on the people they "hope to govern".

"The consequences of this violence will resonate for generations and there is a very real danger that cities experiencing these conflicts will simply act as incubators for further violence in the future," said Mardini. "Our research shows that wars in cities accounted for a shocking 70 percent of all civilian deaths in Iraq and Syria."

The report comes as a UN panel found that US-led operations in Syria have killed 300 civilians in and around Raqqa since March.

The ICRC report concluded that the inability of armed parties to distinguish between military targets and civilian infrastructure had led to more civilian deaths inside cities.

Research for the report was based on analysis of battle trends and data accumulated over the past three years in Iraq and Syria.

It also shed light on the impact of siege warfare, the use of explosive weapons and the extended damage caused to civilian infrastructure, based on testimonies from residents in Syria's Aleppo, Iraq's Mosul and Yemen's Taiz.

Conflicts in these countries have also resulted in internal displacement and unprecedented levels of migrations since World War Two, with more than 17 million Iraqis, Syrians and Yemenis being forced to flee their homes.

Mardini also called on states supporting parties to conflict to seek to "restrain their allies" engaged in conflict insides cities.

United Nations war crimes investigators warned on Wednesday that the intensified US-led coalition air strikes on the Islamic State's stronghold of Raqqa in Syria were causing a "staggering loss of civilian life".

The Syrian civil war has claimed 400,000 lives in just six years, and civilians who stayed said they were reliving trauma on a daily basis. Iraq at War
Battle for Mosul: Growing reports of abuse, killing of civilians by Iraqi forces