Cologne - a watershed moment for Germany

They welcomed 1m migrants with open arms, but after mass sex attacks by 'foreigners' in Cologne, many Germans are questioning such policies 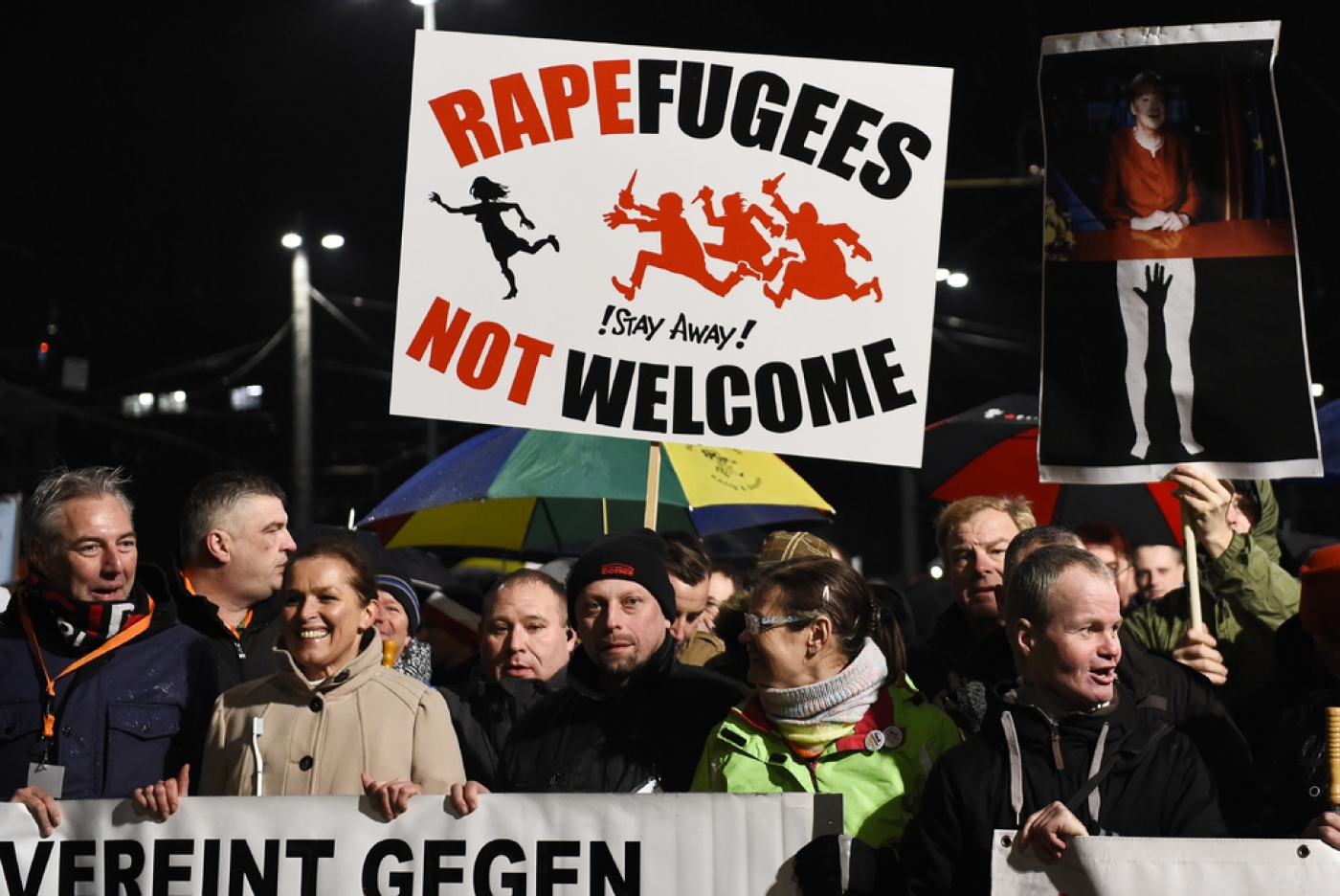 COLOGNE, Germany - On the steps of Cologne's cathedral, flowers and messages in several languages call out in defiance against the horrific events witnessed in the square below on New Year's Eve. "I want to move freely without fear and prejudice", "There is still fear of violence" and "Sexual harassment will not be tolerated", say just three.

Five police vans are stationed in the square.

The city, and Germany beyond, has much on which to reflect. More than 550 criminal complaints have been filed by women, 45 percent of them for sexual assault, after mass attacks at the city’s packed New Year party. Police say the majority were committed by foreigners. Witnesses said most were "Arab or Middle Eastern".

It is perhaps a watershed moment for modern Germany, a country which last year admitted more than a million refugees, and whose Chancellor, Angela Merkel, was lauded for her humanitarian efforts.

Right-wing groups who had always been vocal in their opposition to her policies say Colonge is proof of a disaster in the making. Those on the left say the vast majority of refugees are law abiding and want only safety for their families and, while horrific, Cologne should not be used to tar all with the same brush.

Cologne's cathedral last year switched off its lights in a symbolic protest against an anti-Muslim march in the city. In the wake of the New Year’s Eve attacks, it has posters denouncing racism and discrimination.

But the nearby main station was also the scene of protests by thousands of members of PEGIDA, the anti-immigration movement, calling for an end to the influx.

One woman with reason to feel doubly insecure is Leili Shabani. Nine months ago she smuggled herself out of Iran, crossing the border into Iraq by foot with her toddler in tow.

Any fears she had were overwhelmed by the excitement of starting a new life in Cologne with her husband, who had fled there two years before - just three days after the birth of their first child.

On 31 December Shabani and her family were in Cologne city centre to celebrate her first New Year’s Eve in Germany. What she saw that night has left her shocked and now, amid a growing anti-immigrant sentiment, afraid.

“When I got to the cathedral, it was like nothing I’d ever seen. The atmosphere was so loud and wild,” she told Middle East Eye this week.

“They shot fireworks at us, even though we were there with our small child. They didn’t aim at the sky – they shot straight at the crowd,” she said, showing the traces of a burn she got when she reached down to stop a firework hitting her child.

“There were lots of police in the area but I didn’t see them doing anything. I think they were just shocked.”

“Now they are watching people very closely,” Shabani said, looking out onto the cathedral square, where five police vans were stationed.

As well as stepping up the protective presence, police have also been kept busy by the violent anti-migrant backlash that has followed the New Year’s Eve attacks.

Cologne police on Wednesday set out the legal guidelines governing the use of weapons like pepper spray and Tasers by locals.

“From the start, this has been a good excuse for right-wing extremists,” said Shabani.

Indeed, the tabloid media in Germany was quick to jump on the events. Express on Tuesday promised a graphic “horror-list” of every crime reported in Cologne. The weekly Focus magazine, asked, "Are we tolerant, or just blind?"

Public pressure for action is mounting, with around 2,000 anti-Islam protesters taking to the streets of Leipzig on Monday to demand Chancellor Angela Merkel’s resignation, in a violent demonstration that ended with over 200 arrests.

Merkel has already promised to limit the number of arrivals this year, although she has avoided giving target figures.

On Tuesday the government went further, pledging to strip people convicted of certain offences including sexual assault of their refugee status.

Germany will also tighten its own laws around sexual assault, which currently state that prosecution cannot go ahead without proof that the victim fought back. Under these updated laws, Germany hopes to deport non-nationals convicted of taking part in the Cologne assaults.

The interior ministry has said it will seek binding agreements with offenders’ countries of origin to allow them to be sent back, although it did not outline how asylum seekers might be deported to uncooperative states such as Syria and Afghanistan, which oppose forced deportations.

Orkan Kosemen, a migration expert at the Bertelsmann Stiftung think-tank, says Cologne has changed the debate in Germany.

“The situation is very volatile – things are changing fast. Last summer people were shocked that the government had accepted so many refugees," he said.

"It was the first time Germany had been seen as a leader in this field, although even if we hadn’t accepted them, people would still have come anyway. But the rhetoric around the decision was very positive.

“Last autumn the debate became more negative – but Cologne was the real turning-point. Now the question has become not how do we help refugees, but are migrants criminals? The pendulum has swung all the way.”

Speaking to Russia Today, Pegida spokeswoman Tatjana Festerling said that the incident vindicated the group's call for a freeze on immigrants entering the country. The attacks are "exactly what we (Pegida) have been warning for over a year," she said.

She said the assaults would boost anti-immigrant feelings as "one can't blame people that they become more radical facing this attack on our liberal order," she said.

At the same time, anti-racist activists have also been out on the streets in opposition to Pegida and other right wing groups. "We are there to tell them to shut up. It is unacceptable for Pegida to exploit this horrible sexual violence perpetrated here on New Year's day and to spread their racist nonsense," said Emily Michels, 28, speaking to The Local.

The question of how exactly to live together is far from a new one for Germany, according to Kosemen – but the speed and size of the latest migrant influx is raising concerns in some quarters.

“Germany has always had immigration: so-called guest workers from Turkey in the 1950s, refugees from the Balkan wars in the 1990s and then EU migrants. A fifth of Germans have a migrant background.

"But some people are afraid of a loss of control. And with the Cologne attacks, there is no telling where the anti-migrant backlash will go. For now, people are still in shock."