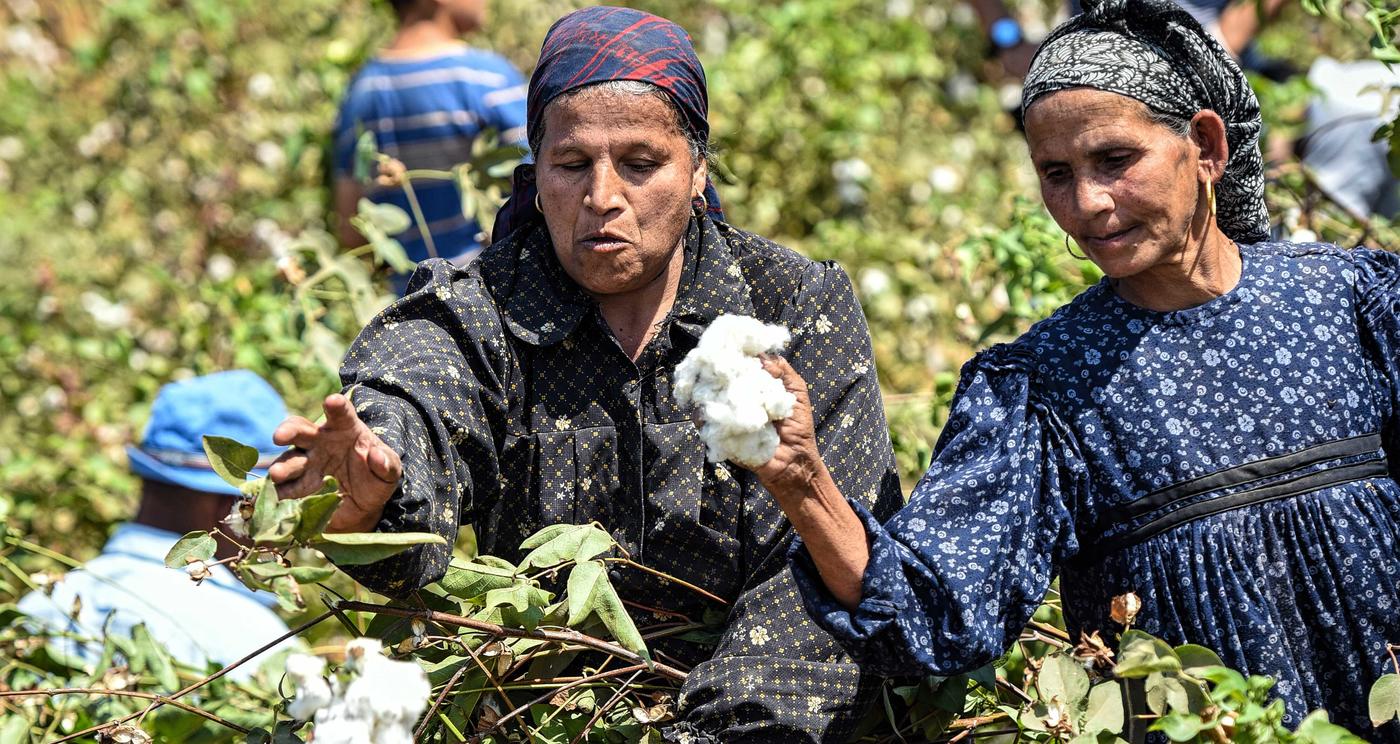 Middle East and North African economies have been hit by dual shocks during the past two months, notably the coronavirus pandemic and lower oil prices. For some, like Lebanon, it comes amid a financial crisis that was already underway.

But as the global impact of the crises bites, so another financial shock is looming - a drop in remittances from overseas workers. And it is likely to hit the region's most vulnerable economies, including Egypt, Jordan and Lebanon,

In mid-March, as cases of Covid-19 started to be detected, researchers at the World Bank estimated losses across the Middle East and North Africa (MENA) region  of 2.1 percent of gross domestic product (GDP) during 2020.

But only weeks later, at the beginning of April, they had to revise their estimates still further, as more countries went into lockdown, predicting economic losses of 3.7 percent of GDP - or the equivalent of more than $100bn.

"One cannot overstate how fluid these figures are."

Rabah Arezki, World Bank chief economist for the Middle East and North Africa region, said: “Economies have been brought to a standstill... this dual shock has resulted in an expected growth rate of minus 1.1 percent for 2020, and 2.1 percent for 2021."

The impact of the coronavirus pandemic was exacerbated by a second shock to the world's economy: the decision by Saudi Arabia in March to dramatically increase oil production and slash oil prices.

Riyadh’s sudden move caused prices to drop by 25 percent to around $35 a barrel. That's significantly less than the level needed for Saudi Arabia and other Gulf states to sustain their budgets.

The World Bank estimates that due to the lower oil prices, Kuwait could see a 20 percent drop in GDP in 2020, with Qatar down 17 percent, a 12 percent fall for Saudi Arabia and an eight percent drop for UAE.

With governments tightening their budgets, there will now be less capital to spend to stimulate the economy.

That also means weaker demand for foreign labour, on which the nations of the Gulf Cooperation Council are heavily dependent and which accounts for around half of their total population. Those workers send home billions of dollars each year.

“The sharp fall in oil prices and the likelihood of lower oil prices for a sustained period of time further adds to pressures on GCC diaspora income, and in turn further penalises remittances from there,” said Marwan Barakat, group chief economist and head of research of Bank Audi in Beirut.

As the World Bank report noted: “The economic fortunes of MENA’s oil importers and exporters are connected.”

Eric Le Borgne, a World Bank lead economist, said: “Due to the drop in oil prices, Jordan will suffer in [lower] remittances from the Gulf, and a lot of financing would have come from the Gulf countries, but they have their own difficulties."

The institution forecasts that Jordan's economy will contract by 3.5 percent in the coming year: this compares to two percent growth in 2019.

“That contraction is the worst performance Jordan has had since 1989,” he said.

For Lebanon and Egypt, the drop in remittances is particularly acute, with such remittance payments estimated at $7.3bn (12.5 percent of Lebanon's GDP) and $25.2bn (8.4 percent of Egypt's GDP) in 2019.

There are as yet no figures for 2020 - but remittances are expected to drop sharply.

“Lebanon and Egypt will be among the top 10 countries worldwide most hit by the decline in remittances, based on the percentage of GDP,” said Ali Awdeh, head of research at the Union of Arab Bankers in Beirut.

'Lebanon was already in the emergency room'

For Lebanon, the dual shock of the coronavirus and low oil prices comes on top of the financial crisis that has rocked the country since mass demonstrations broke out in October last year. 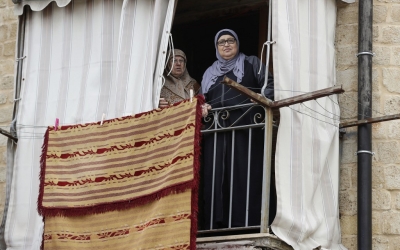 The Lebanese lira has depreciated by around 50 percent against the US dollar. Banks have imposed informal capital controls that have prevented transfers and restricted withdrawals in dollars.

In March, the government defaulted on a $1.5bn debt payment. The cost of living has risen sharply. The economy has spluttered to a halt.

All of this has now been compounded by coronavirus restrictions. “Lebanon was already in the emergency room before Covid-19 intervened,” said Le Borgne.

Lebanon has a large and widespread diaspora, which typically sends more money home during times of crisis. Up to July 2019, total remittances for the year had reached a two-decade high of $3.5bn, before rising still further by the end of September to $5.3bn.

But trust in the banks has weakened in Lebanon, not least with Lebanese unable to access their savings.

Instead, remittances are increasingly sent through money service businesses, like Western Union, or else physically carried. But even that last link is dwindling.

“People used to send money physically from the Gulf or Europe, but now there are no flights!" said Awdeh. "There is a serious interruption in remittance inflows to Lebanon."

Remittances from the Gulf accounted for 43 percent of those coming into Lebanon during 2017. This figure has now diminished and been overtaken by monies coming from North America and Europe during the last few years, said Awdeh.

But even that source is drying up.

Nassib Ghobril, chief economist and head of economic research and analysis at the Byblos Bank Group in Beirut, said: “It is the first time we have question marks about the sustainability of remittance inflows, due to the global impact on all sources, be it from the GCC, Africa, Europe or North America.

"Historically, when there are problems in the country of origin, remittances tend to increase.”

For Lebanon's banks, that drop means still further pain: traditionally remittances inflows bolster the balance sheets of the sector, which holds the bulk of government debt.

“The cut in inflows puts at stake the overall Lebanese model resting on inflows to finance its large external deficits,” said Barakat.

Lebanon's GDP is expected to contract from $55bn in 2018 to $34.4bn this year, according to Morgan Stanley figures. As a result its debt to GDP ratio will balloon from 176 percent to 280 percent. The World Bank projects a 10.9 percent contraction in the overall Lebanese economy.

“This will by far blow all previous recessions out of the water,” said Le Borgne.

Egypt has struggled economically since the 2011 revolution, including the devaluation of its currency in 2016, although its financial paralysis has not been as bad as Lebanon's. But the Arab world's most populous nation is still hurting. 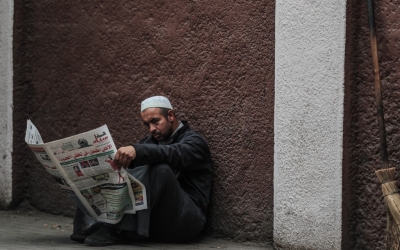 But these are dwarfed by remittances, which contribute $25.2bn, or 8.4 percent of Egypt's GDP, according to the International Food Policy Research Institute (IFPRI) in 2018-19.

Clemens Breisinger, senior research fellow in IFPRI’s development strategy and governance division, and head of the Egypt Strategy Support Programme in Cairo, explained that there were two possible outcomes.

“In the more optimistic scenario, remittances in fiscal year 2019-20 will decline by 10 percent. The more pessimistic scenario is a 15 percent reduction."

He said the latter projection assumed that migrant Egyptians would be unable to return to countries where they work, that employers would lay off workers, that cuts in oil prices would mean less Gulf investment and that there would be less demand for Egyptian migrant labour.

“Rural and poor households will be more vulnerable to the decline in remittances, given that initial layoffs are more likely to occur among lower skilled migrant labour,” said Breisinger.

“All depends on how long Covid-19 will disrupt the global economy. The longer it lasts the more difficult it will get for all countries, including Egypt.” 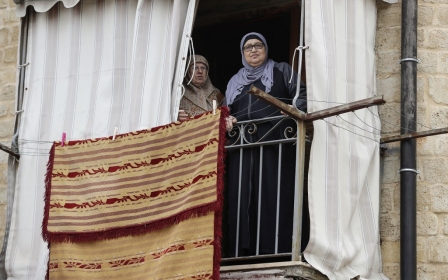 Covid-19
Millions at risk of going hungry in Lebanon amid coronavirus lockdown: HRW 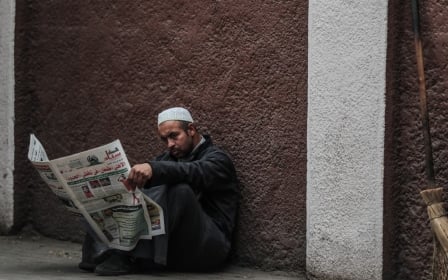