Coronavirus: How US halal vendors are handling an uncertain beef market

Covid-19 infections have caused closures at meat-processing plants across US, disrupting supply chains and driving up prices 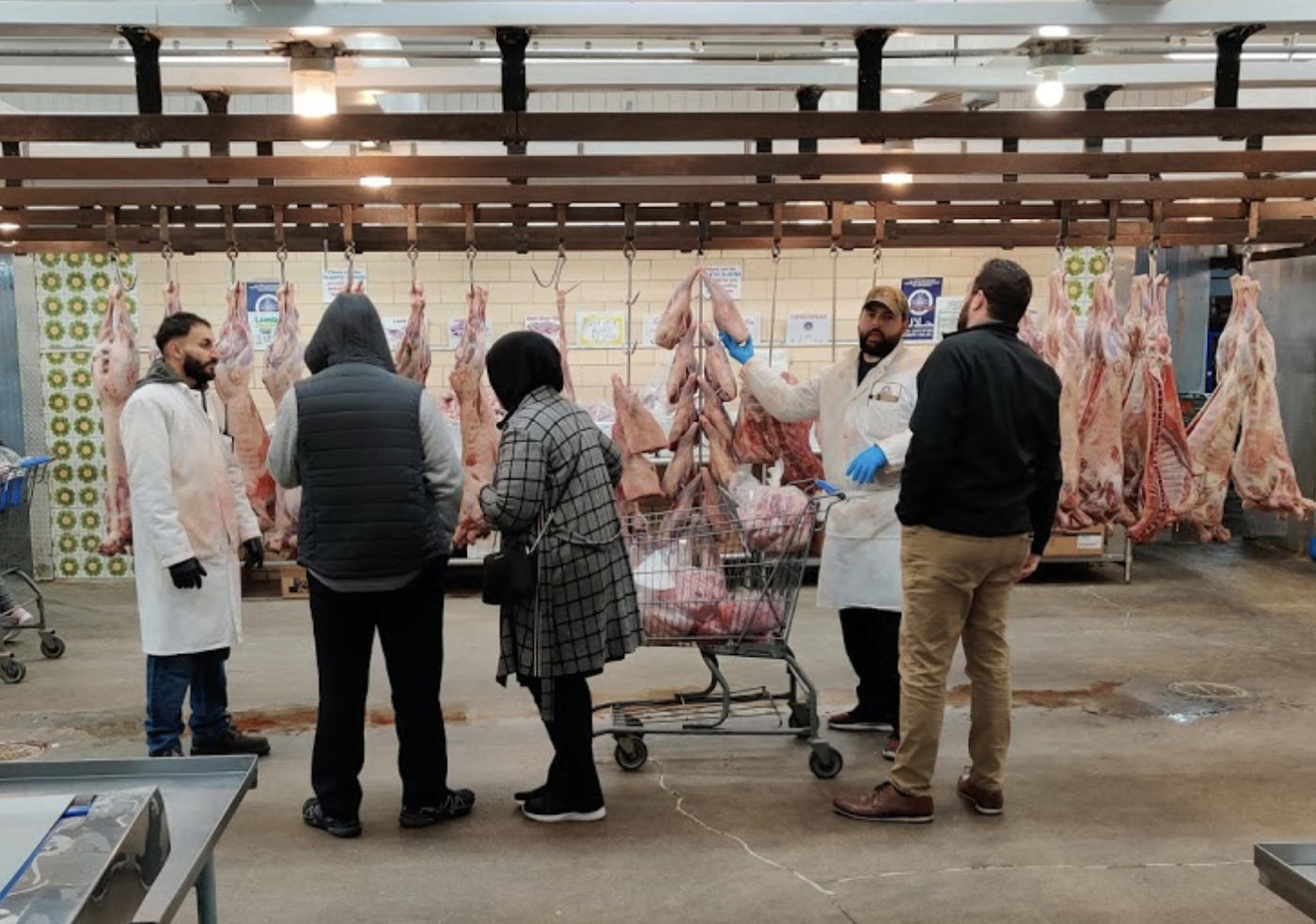 Known for its Lebanese roots and traditional butcher shop feel, cuts of fresh halal meat are usually on display for customers eager to fill their shopping carts.

But with the virus forcing Americans to stay home, and restaurants, hotels and schools shut, meat is disappearing from the shelves of some shops.

Covid-19 infections have caused closures at meat-processing plants across the US, prompting supply chain disruptions that have reverberated through businesses in Dearborn and metro Detroit.

Fluctuations in the supply chain, particularly in the beef market, have led Saad Wholesale Meats and other Arab American-owned halal businesses to tap international supplies to meet customer demand.

Samar Saad, vice president and treasurer of the Detroit meat shop, said business was initially steady, despite the pandemic ripping through the city and county, infecting 19,292 people by 19 May.

There was a surge in sales when Michigan's stay-at-home order was announced on 23 March, along with a typical pre-Ramadan peak.

Then Saad's meat and poultry vendors became unpredictable. When vendors were late in the morning, the shop couldn't open on time and a slight downturn in sales resulted.

"We had to basically shut down our order online website because we'd run out of stock, and get stock back in so often that I'd be spending my day on the website making things inactive and active again."

Data from the Centers for Disease Control and Prevention show a total of 4,913 cases of Covid-19 reported at 115 US meat and poultry processing facilities with 20 resulting worker deaths as of 27 April.

"What we've seen is the supply chain has to adjust, and specifically in our meatpacking facilities, those plants have to retrofit, essentially, to a Covid-19 era," George Quackenbush, executive director of the Michigan Beef Industry Commission told MEE.

That means slowing or stopping production to implement worker protections.

"We've seen cattle harvests significantly reduced, not just in Michigan but across the country, as these plants have dealt with the impacts of Covid-19," Quackenbush said.

The United Food and Commercial Workers International Union estimated a 10 percent reduction in beef slaughter capacity at the end of April.

That puts certain cuts of meat in temporary short supply, but still, there is not a beef shortage, Quackenbush said.

For Mohammed Hider, a third-generation owner of Dearborn-based Famous Hamburger, the price of halal ground beef has increased about 12 percent from mid-March to April. He and his local vendors have discussed possible supply disruptions.

Joe Cooney, senior account executive for Tyson Foods, said during a recent webinar with manufacturing company executives: "There is potential for short-term shortages, and it could be that there will be shifts to different types of meat, like pork bellies, which are bacon items, or hams, which are bigger in food service than at supermarkets."

That is not a boon for halal establishments.

"Chuck beef, which is used to make burgers, is mass consumption, in higher demand and harder to get," Cooney said.

"A three to five percent increase on our bottom line food cost is a big, big hit when our prices are static," Famous Hamburger's Hider told MEE.

As all beef processing plants are resuming operations in some capacity, Quackenbush of the Michigan Beef Industry Commission said supply and prices may stabilise soon.

"We have seen the cattle harvest increase the last several weeks, so that gives us some hope that we are, as an industry, on the downhill side of this crisis, and we are increasing capacity, increasing production," he said.

Still, the restaurant suffered a 75 to 80 percent loss in March sales, year-on-year.

That loss climbed to 100 percent when they closed for the entire month of April.

"It was a definite help, but it wasn't the push that's gonna bring this business back on its feet," Hider said. "Money can only do so much... we still also want to be safe. That's more important to me right now."

Easing restrictions and restarting the state's economy will follow the governor's six-stage plan, with restaurant dining rooms permitted to open in phase 5.

The Michigan Restaurant & Lodging Association (MRLA) wants that reopening to happen on 29 May, once the latest executive order expires.

"Michigan restaurants have been decimated since their forced closure on March 16," MRLA president and CEO Justin Winslow said in a statement. "Those that remain in business stand ready to meet or exceed the challenging but necessary new standard procedures that will keep their guests and team members safe."

Although Famous Hamburger resumed delivery and curbside service on 4 May, Hider is predicting a 60 percent loss for the month.

Only the 15 to 20 employees currently working are allowed inside the Dearborn location, and all orders are placed by phone or online and prepaid to avoid cash exchanges.

"Our entire model has changed from being in front of the customer to an entire contactless restaurant experience," Hider said.

Implementing those changes in the span of a few weeks was tough. "You build something for so long, you focus on the customer experience, now it’s like, ‘We don’t want anybody around us, take your food and enjoy it in the safety of your home,'" Hider said.

As restaurants and bars in other parts of the state can reopen early with seating capped at 50 percent of their maximum, Hider said he is preparing to accommodate limited occupancy indefinitely.

Still, his restaurant has always catered to big groups.

"People are paranoid. People are scared," Hider said. "It's not going to be the same when we open our doors, and that's a big challenge for us because we thrive on people coming in here."

It may be a slow rebound for restaurants, according to Fay Beydoun, executive director of the American Arab Chamber of Commerce.

"I think that a lot of our members are going to have problems with capital and cash flow when they reopen," Beydoun told MEE. "The demand for their products is not going to be as high as it was before this."

Beydoun said Arab Americans own about 15,000 businesses in southeast Michigan, and Arab Americans as a group contribute $36.4bn in revenue to the state. They also offer financial support to relatives in the Middle East and North Africa.

Remittances to the MENA region increased to $59bn in 2019, but the World Bank is forecasting that they will fall by 19.6 percent this year because of economic strains brought on by Covid-19.

Hider, who was planning to open a handful of new Famous Hamburger locations in the next few years, hasn’t abandoned his ambitions for growth.

He's now considering a contactless future: mobile ordering and payment with self-service kiosks. At a kiosk, a customer scans a code to unlock a door and take a prepared order from behind it. They leave without touching much and maybe without seeing anyone.

It may be a market trend or a new normal for restaurants, post-pandemic.

Either way, it's starkly different from the space-maximising approach that owners typically take to design their restaurants.

"That's a challenge that we have to wake up with every day and say, 'How can we be sustainable today? How are we gonna keep our doors open?'"