Iranian health officials said the number of people who have died in Iran now stands at 1,135, after 147 people died in last 24 hours Men wear protective face masks and gloves, following the outbreak of coronavirus, as they are seen in a nuts shop in Tehran, Iran 17 March 2020 (WANA via Reuters)
By
MEE and agencies

Iran's death toll from the new COVID-19 coronavirus has surpassed 1,000 people, as health officials confirmed on state television that the government had recorded hundreds of new cases. "Now everyone knows about this disease, and what is very strange is that some don't take it seriously," Deputy Health Minister Alireza Raisi said in a televised news conference.

"If people help, we can control it, and if not, then expect it to last more than two months."

The number of people who have died in Iran because of the virus now stands at 1,135, after 147 people died in the past 24 hours, Raisi said,

Tehran province had the highest number of new cases with 213.

Isfahan in central Iran was second with 162, followed by East Azerbaijan in the northwest with 84.

Raisi called on people to be patient, after complaining that bazaars in the capital Tehran are busy and people have been travelling in their cars despite government warnings against it.

"Just be patient for these two weeks so that, God willing, we can overcome this virus," Raisi said.

Coronavirus is especially dangerous for the elderly, and people with preexisting medical conditions, such diabetes, lung and heart diseases.

In the central city of Semnan, a 103-year-old woman has recovered from the virus, state media reported late on Tuesday.

The unnamed woman had been hospitalised for about a week, but was "discharged after making a complete recovery", Semnan University of Medical Sciences head Navid Danayi was quoted as saying by IRNA.

The woman was the second elderly patient in Iran to have survived the disease.

On Monday, a 91-year-old man from Kerman city, who already suffers from high blood pressure and asthma, recovered from coronavirus after being sick for three days.

IRNA’s report did not say how the pair were treated. 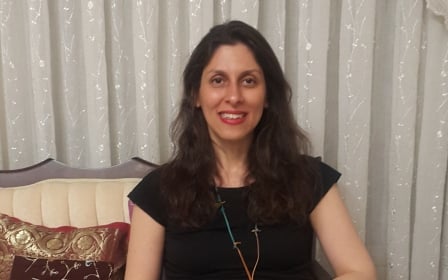