Iraq is one of the worst-hit countries in the Middle East, with more than 1,500 coronavirus cases (Reuters)
By
MEE staff

Iraqi authorities on Sunday lifted the suspension of Reuters' licence to work in the country.

Iraq had suspended Reuters' licence in the country following a report on 2 April that suggested the government had been hiding the true extent of the coronavirus outbreak.

The Iraqi Communications and Media Commission (CMC) informed Reuters it was lifting the suspension "to allow transparent and impartial work by the media... in adherence to operating according to the regulations of media broadcasting rules set out by the independent body".

Reuters said it was "very pleased the suspension has been lifted and we can continue to report from Iraq".

"We appreciate the efforts made by the Iraqi authorities and the CMC to promptly resolve the matter," the agency said in a statement.

In its report, Reuters cited Iraqi doctors, politicians and health officials as saying that the country had thousands of confirmed cases of Covid-19, many times more than the 772 publicly reported.

Three doctors working in pharmaceutical teams helping to test suspected coronavirus cases in Baghdad said that, based on their discussions with fellow medics, there had instead been between 3,000 and 9,000 cases confirmed.

A health ministry official working in testing for the virus also said there were more than 2,000 confirmed cases in eastern Baghdad alone, while a political official, who Reuters said had attended meetings with the health ministry, also said thousands of cases were confirmed.

The Iraqi government hit back at the claims in the report, calling them "inaccurate" and a threat to "Iraq's public health".

In a statement released at the time of the ban, CMC said it had banned the news agency for three months and imposed a fine of 25 million Iraqi dinars ($20,820) for "reporting false news and numbers relating to coronavirus cases in the country".

Iraq currently has 1,513 confirmed cases of the virus and 82 deaths. 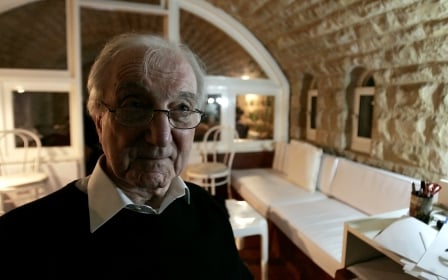