Palestinian Authority says it attempted to send Covid-19 vaccines to Gaza but was blocked by Israel, which controls all imports and exports Israel is blocking the Palestinian Authority (PA) from sending Covid-19 vaccines meant for health workers in the Gaza Strip as it awaits "a political decision", the Israeli office that controls Palestinian civilian affairs in the occupied West Bank said.

The office, known as Cogat, told the AFP news agency that the PA had requested to transfer 1,000 vaccine doses to Gaza but that "this request is waiting for a political decision".

Citing Israeli sources, AFP reported that allowing the transfer from the West Bank to Gaza was not a simple administrative measure under the purview of Cogat, but rather a political decision possibly linked to talks between Israel and Hamas, the political group that governs the Gaza Strip.

More than two million Palestinians are packed into Gaza, an area the size of the US city of Detroit. Under a blockade by Israel since 2006, the Strip has been described as "the world's largest open-air prison". 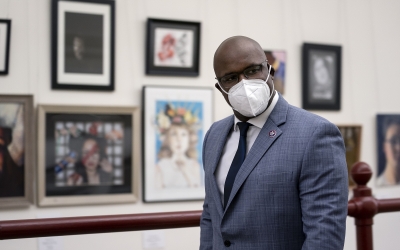 "Today, 2,000 doses of the Russian Sputnik V vaccine were transferred to enter the Gaza Strip, but the occupation authorities prevented their entry," Kaila said.

The PA, which has limited self-rule in the occupied West Bank, has said it will share its limited vaccine supply with the coastal territory.

Gaza has yet to receive any vaccines. Authorities there have reported more than 53,000 cases and at least 537 deaths since the start of the pandemic.

Israel, which is carrying out one of the world's fastest vaccination campaigns per capita, has faced international criticism for not sharing its vaccination supplies with Palestinians living in the occupied West Bank and Israeli-blockaded Gaza.

Amid the criticism, earlier this month Israel sent the PA 5,000 doses to be administered in the occupied West Bank, where nearly 3 million Palestinians reside.

The PA began its first vaccination - administered to frontline healthcare workers - at the start of this month with an initial procurement of 10,000 doses of the Sputnik V vaccine, as well as the Moderna doses supplied by Israel.

But the general rollout of the vaccine campaign in the West Bank has been pushed back due to a delay in deliveries. The PA is expecting some two million doses ordered from various manufacturers, in addition to vaccines from the UN-backed Covax programme, set up to help less wealthy nations procure vaccines.

Once the vaccine arrives it plans to start vaccinating the general public in the occupied West Bank while sharing stock with Hamas.

Earlier on Monday, PA Prime Minister Mohammed Shtayyeh said that the launch of vaccinations for the general public would be announced "at a later time" when sufficient supplies arrive.

It was unclear whether Israel, which controls all imports and exports to and from the occupied West Bank, played any role in the delays.