Over 20,000 labourers are awaiting repatriation in squalid and cramped facilities, unable to leave or practise coronavirus social distancing 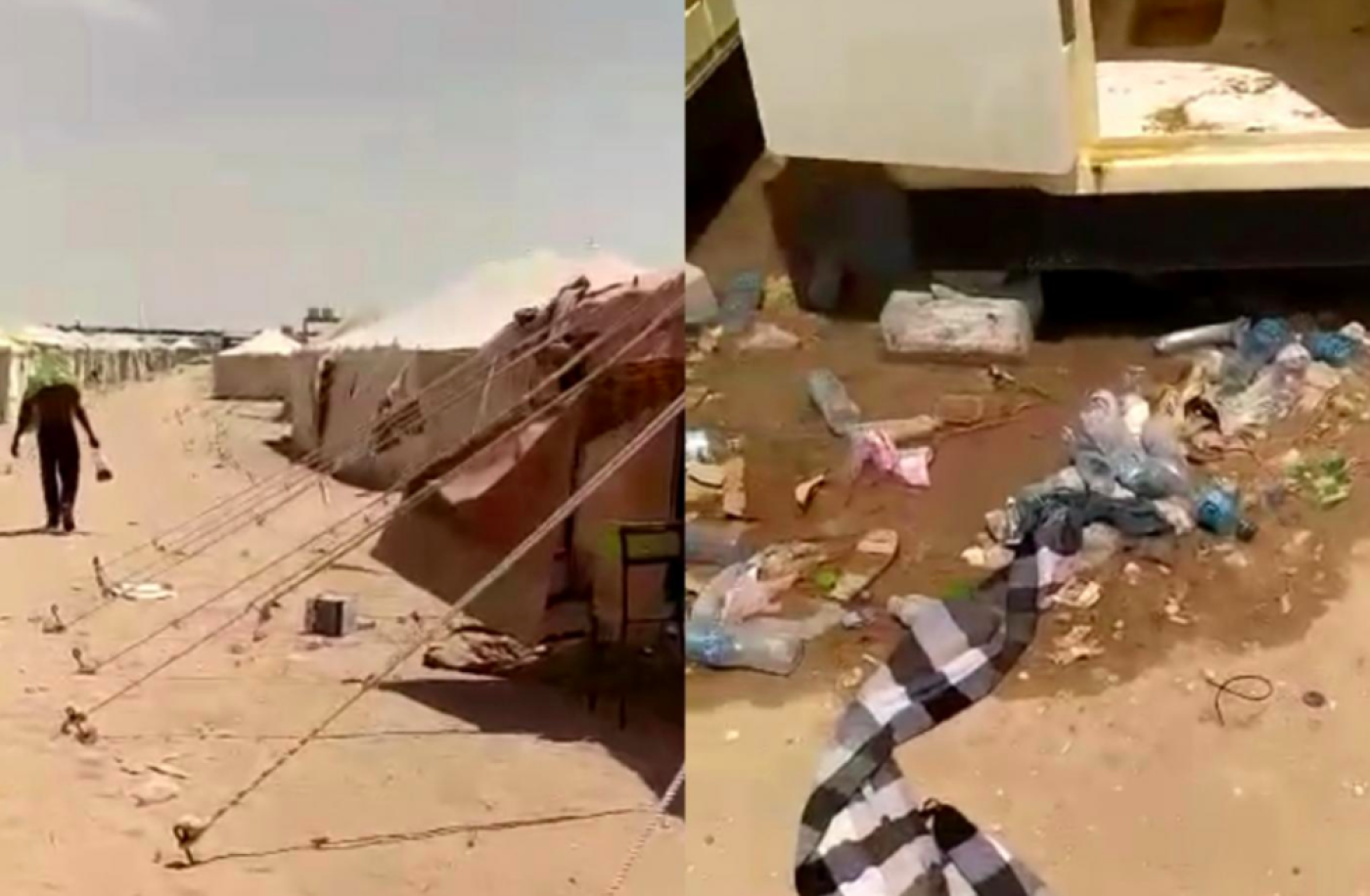 Thousands of foreign workers who volunteered themselves to the Kuwaiti authorities during an amnesty for undocumented labourers have been stranded in detention camps in the desert for over a month in appalling conditions - with little sign of a quick reprieve.

Unable to social distance and suffering under the heat and in unsanitary facilities, detainees have told Middle East Eye that they fear the spread of the coronavirus and spending more weeks in the packed, arid compounds.

As Kuwait locked down in an attempt to contain a rapidly spreading coronavirus outbreak, the Gulf state last month promised undocumented workers that they would be allowed re-entry if they volunteered for repatriation.

Some 23,500 migrant workers are said to have identified themselves to the authorities and are currently detained in four detention camps on the outskirts of Kuwait City as they wait to be repatriated. They are predominantly from Bangladesh, Egypt, Ethiopia, India, Sri Lanka and Sudan.

Conditions inside the camps and frustrations over repatriation delays have led to protests taking place inside the detention facilities. Local security forces have fired tear gas and rubber bullets at the detainees to break up the protests, and Egypt has hurried its efforts to take back its nationals.

Labourers from other countries had not been so lucky, a source in the camps told MEE, though Bangladesh has said it will repatriate 600 of its citizens a week. It is thought there are around 5,000 Bangladeshis in custody.

Aid workers from BRAC, an aid organisation in Bangladesh, said workers have been detained in detention camps in Abdallia, Khoslar, Mangaf and Sebde.

Images seen by Middle East Eye showed squalid camp conditions where detainees are unable to practice social distancing and are forced to live in cramped conditions.

Inmates told MEE that immigration police delivered food to the camps but refused to enter the tents and clean the toilets.

Footage sent to MEE showed toilets overflowing with sewage, with detainees unable to wash their hands due to a lack of access to running water.

Shafiul, a Bangladeshi national stranded in the Sebde camp, told MEE that detainees were denied clean washing facilities and primary healthcare, and prevented from leaving the compound.

He said at least four inmates had died across the four camps during his time in detention, and the causes are unclear.

MEE has sent Kuwait's interior ministry and UK embassy several requests for comment, without response by the time of publication.

“We have in some rooms at least 50 to 200 people living together, sharing only a handful of toilets,” said Shafiul, who refused to give his surname for security reasons.

“We are told to stay a few metres away from each other, but we are stuck here and packed in like a can of sardines.”

He added: “In a normal situation when someone suffers from a cough or cold, it’s because of working in the sun for too long. But now everyone thinks it could be something else because of the coronavirus.”

According to Shafiul, who has been detained for over a month, only Egyptians have been repatriated so far.

"Other people like the Indians and the Bangladeshis have been stuck here. No communication. Nothing," he said.

Last week, deaths inside the camps prompted dozens of detained workers to hold protests against the Kuwaiti authorities inside the Sebde detention camp.

Some workers also built barricades inside their accommodation to protect themselves from the Kuwaiti police, according to Reuters. 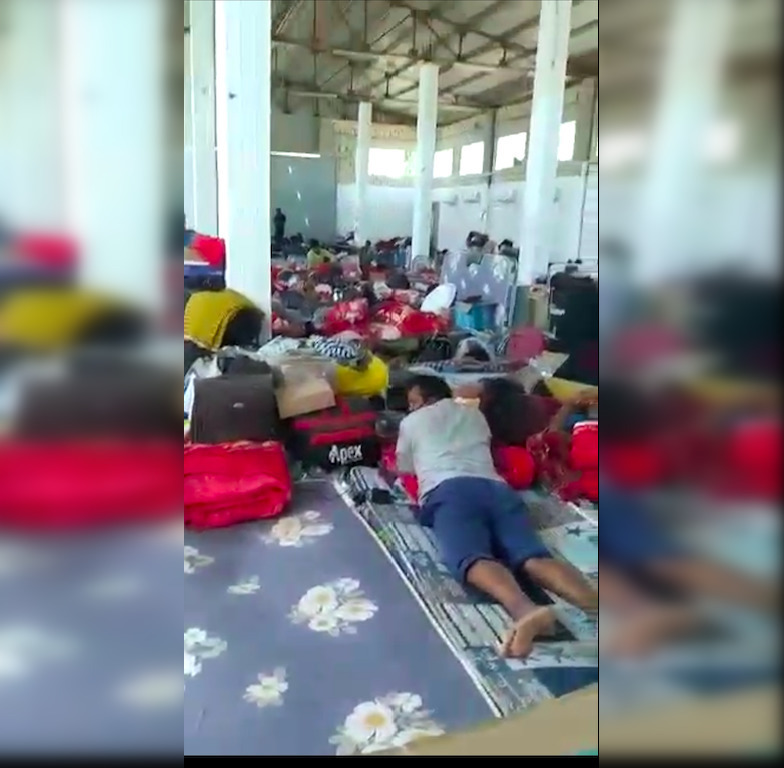 As noted in a recent report by the Business and Human Rights Resource Centre, migrant workers in the Gulf were already living in “unsanitary” and “tightly packed labour camps”.

The NGO said these conditions provided the “perfect conditions for the spread of Covid-19”.

Kuwait has recorded 11,975 coronavirus cases and 88 deaths. The Gulf state went into lockdown in March and has only recently begun to ease its restrictions.

Neighbouring Bahrain, Oman, Qatar, Saudi Arabia and the United Arab Emirates have also seen high numbers of Covid-19 cases among migrant worker populations. Pakistan has complained that over half of the passengers on some flights repatriating workers from the UAE had the virus.

The pace of repatriations has been a sore point for detainees, with a group of Bangladeshi workers in the Sebde camp releasing a video calling on Bangladesh to return them from Kuwait.

The video showed a dozen workers describing their poor living conditions and complaining about the lack of food given to them.

One worker featured in the video said that they had all voluntarily handed themselves to the authorities in the hope of being sent back to Bangladesh by 30 April.

The labourers said no one from the Bangladeshi embassy had been in contact with them, despite its ambassador S.M. Abul Kalam telling Arab News that the South Asian country anticipated repatriating at least 600 every week.

Several Gulf states, including Kuwait, have put pressure on Bangladesh to bring back undocumented workers.

Bangladesh, however, has been hesitant in taking back undocumented workers from other countries due to fears of further Covid-19 infections.

India, meanwhile, said it planned to send ships and fleets of planes to repatriate citizens stranded in Kuwait.

The plan, however, drew criticism after the Indian government said stranded workers had to pay for their journeys and would be placed in a two-week mandatory quarantine upon arrival to India.

Migrant labourers have faced hostility and suspicion from Kuwaitis, too.

Earlier this month, prominent Kuwaiti actor Hayat al-Fahad, called on Kuwait to kick all migrant workers out of the country and "throw them into the desert". 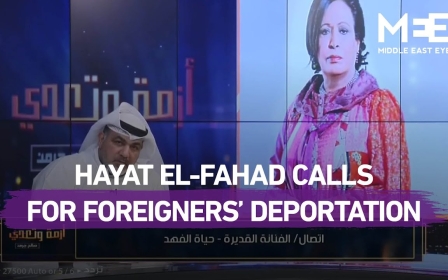