Britain promised 400,000 protective gowns would be acquired from Turkey, despite supplier only having a fraction of that 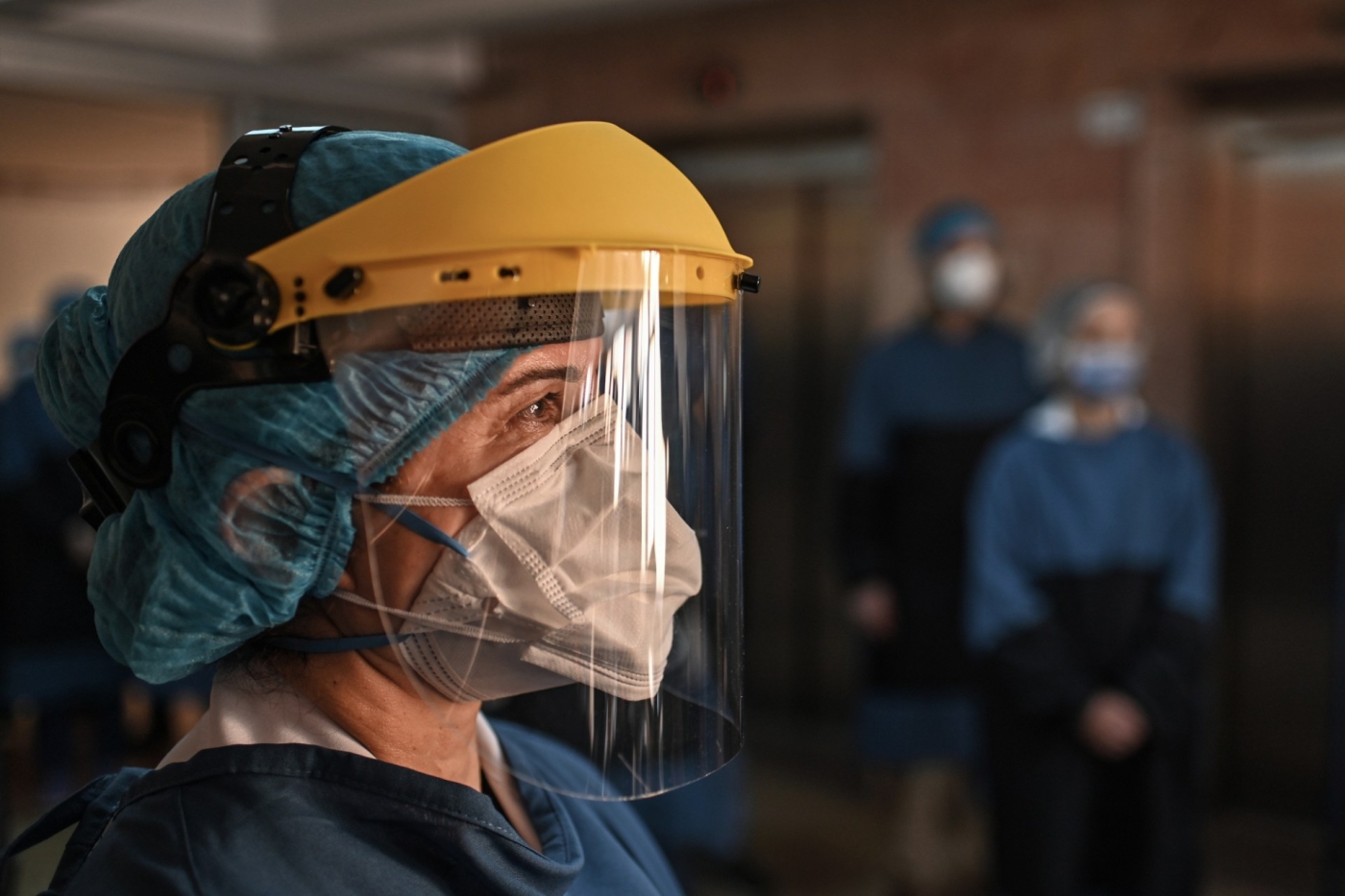 Coronavirus-hit Britain announced it was obtaining 400,000 pieces of personal protective equipment (PPE) from Turkey despite making a deal with a Turkish company that does not have the capacity or capability to deliver the gear, Middle East Eye can reveal.

Instead, MEE has learned, the firm only had about 2,500 protective gowns to give the UK.

Struggling to make up a massive shortfall in PPE needed by medical workers to treat Covid-19 patients, much attention in the UK has been paid to a delivery of equipment from Turkey promised by the British government on Saturday.

However, not only has that gear not been delivered to British authorities, the company supposed to supply it never filed an application to get exemption from Turkey's medical equipment export ban, Turkish sources told MEE.

Meanwhile, London had not asked for exemption itself when the deal was announced.

“The British government only sent a diplomatic note on the issue on Sunday,” a Turkish source said. “Since then, the health ministry has granted the export exemption."

UK government minister Robert Jenrick said on Saturday that Turkey would be sending 84 tonnes of PPE, including 400,000 gowns, to the UK the following day. The equipment failed to materialise, however, and on Sunday another British minister said he "hoped" it would arrive on Monday.

“However, the company they had ordered the shipment from doesn’t have 400,000 pieces of gear. They only have 2,500 of them,” the source said.

“God, the company doesn't even have the capacity to apply online for the export exemption.”

Now, Turkish authorities in Istanbul are trying to help the British government load a Royal Air Force plane with PPE to take back to the UK.

“The health ministry is arranging for other Turkish companies to transfer necessary equipment as we speak,” the source said.

Sources in Ankara say Turkey is doing everything it can to assist Britain as it attempts to deal with the pandemic.

The UK is on track to be one of Europe's hardest hit countries, recording 16,509 coronavirus-related deaths in hospitals by Monday.

Criticism of the government's response to the outbreak and preparedness to deal with a pandemic has grown, with much-needed protective gowns beginning to run short on Friday.

Middle East Eye has approached the British government for comment, with no immediate response. 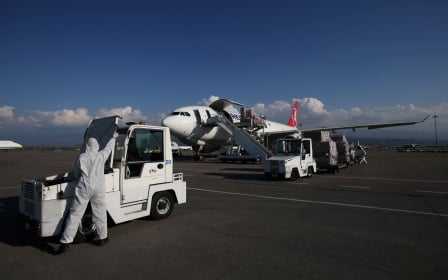 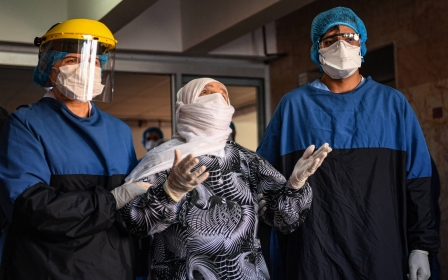 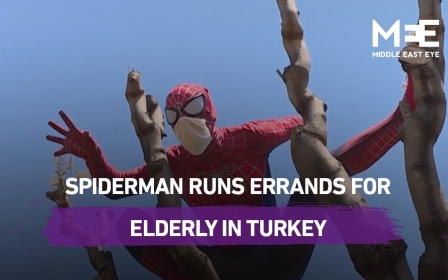 Covid-19
Coronavirus: Spiderman comes to the rescue for senior citizens in lockdown in Turkey