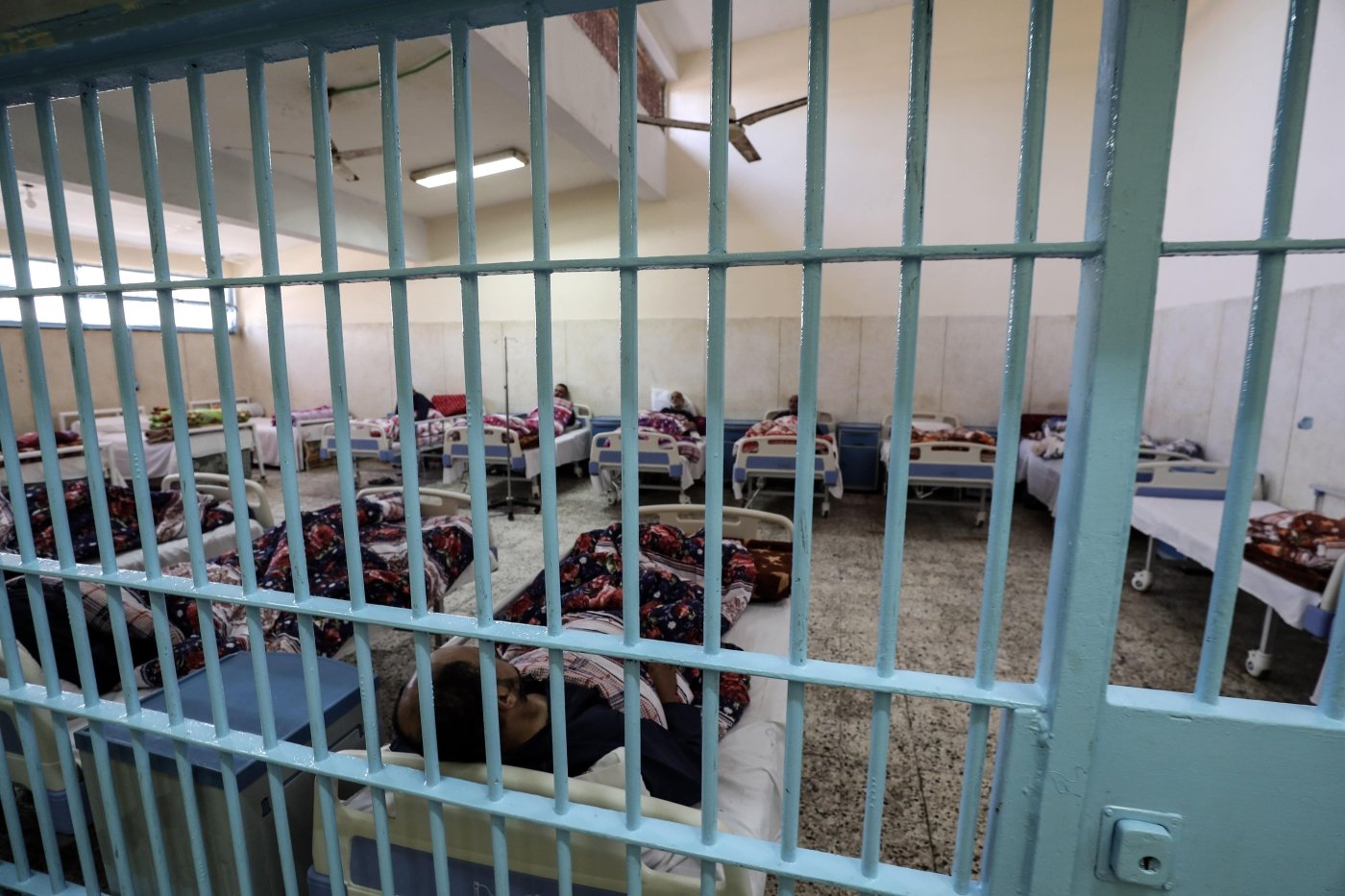 UN says it is concerned over Covid-19 spreading among Egypt's 114,000 inmates (AFP)
By
MEE staff

The UN human rights chief called on Egypt to release political prisoners and other non-violent offenders in an effort to combat the spread of the coronavirus in overcrowded detention facilities.

Michelle Bachelet's spokesman, Rupert Colville, said in a statement on Friday that the world body was deeply concerned for Egypt's 114,000 inmates, who are are often kept in prisons that are "overcrowded, unsanitary and suffer from a lack of resources".

The UN office also said it was "concerned" about reports that Egypt was moving to "quash criticism on social media" and silence activists focusing on the pandemic.

It noted reports of individuals being arrested over spreading "false news" about the coronavirus pandemic, including a doctor who complained on social media about the lack of masks.

"We advise that, rather than sanctioning critical voices through a punitive approach, the Egyptian authorities address disinformation by providing clear, reliable and fact-based information and seek to engage the population, and empower civil society to fight the common threat of the pandemic," the statement said. Since President Abdel Fattah el-Sisi seized power from the democratically elected government of Mohamed Morsi in a 2013 coup, his government has jailed more than 60,00 alleged dissidents.

The country has so far ignored calls to free detainees in order to avert a major health crisis in its jails. On 18 March, authorities in Cairo arrested four activists advocating for prisoners' release.

"In Egypt, among those we recommend should also be released are administrative detainees and those who are arbitrarily detained due to their political or human rights work," Colville said on Friday.

Egypt has grounded flights, closed down schools and implemented a nighttime curfew to counter the virus. It has 779 confirmed coronavirus cases and 52 related deaths as of Friday, according to official figures.

Two top generals have died after contracting the virus. Last week, the Egyprian military issued strict instructions, including a stay-in-place order, to counter the pandemic within its ranks, according to a leaked document. Covid-19
Coronavirus in the Middle East: Cases double in one week