Coronavirus: Faith groups fear US prisons may restrict right to worship during Ramadan A coalition of more than 20 faith and civil liberties groups are urging prison authorities across the United States to protect the religious rights of inmates during the Muslim holy month of Ramadan, especially in light of the current global pandemic.

"With the Muslim holy month of Ramadan approaching, it is especially important that correctional facilities allow incarcerated Muslims to fast by giving them food and medicine outside of daylight hours and also accommodating evening prayers," Muslim Advocates, which led the initative, said in a news release on Thursday.

Ramadan is set to begin at the end of next week, and the groups, including the Evangelical Lutheran Church in America, Faith in Public Life and the Muslim Anti-Racism Collaborative (MuslimARC) sent the letter fearing that social distancing measures may be used to restrict prisoners' right to worship.

According to a recent report by The Intercept, the novel coronavirus has spread across the US prison system and is causing chaos inside many correctional facilities. 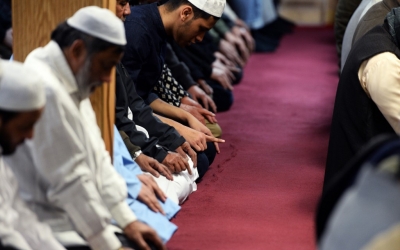 During the month-long holiday, Muslims fast from dawn until dusk, abstaining from food, liquids and smoking. It is a time for prayer, reflection, atonement and charity - when rewards for good deeds are multiplied.

The letter also called for prison systems to make religious accommodations for diets, items needed for worship and spiritual leaders and counselors.

"As the Covid-19 pandemic contributes to disruptions of ordinary supply chains, prisons must ensure that they maintain the existing religious diets of incarcerated people," the letter read.

"Prisons in the past have all too often provided insufficient justifications or even false pretexts to deny prisoners their right to assemble for worship."

According to Muslim Advocates, last Ramadan there were multiple reports of Muslim prisoners being restricted from observing the holy month.

The rights group sent a letter in May 2019 warning that two state prisons in Virginia "illegally denied sufficient food and water to observant Muslim inmates who are fasting for Ramadan."

The inmates - who were fasting for roughly 16 hours a day - were not given food until an hour, sometimes two, after their fast had ended. And in some cases they were not given drinking water during non-fasting hours.

'Even prior to the pandemic, many prison systems had poor records of accommodating the needs of minority religions'

- Letter sent by coalition of organisations

In Alaska last year, Muslim inmates sued the state's correctional system for not providing sufficient food for Muslims fasting. In both states, some inmates even reported being given pork for dinner.

The coalition of groups now fears these restrictions may be furthered as prison systems respond to the viral outbreak in the US.

"Even prior to the pandemic, many prison systems had poor records of accommodating the needs of minority religions," the letter said.

"This is a time when many prisoners are calling on their faith for support." 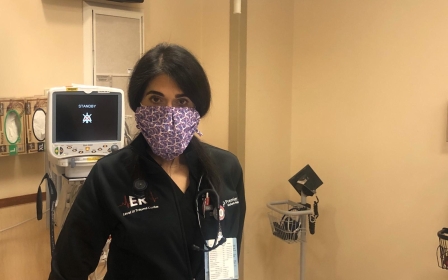 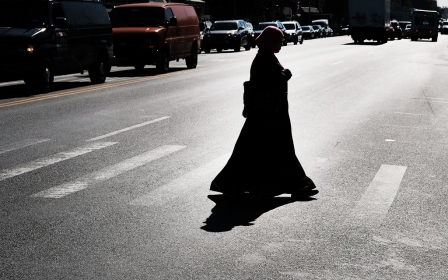