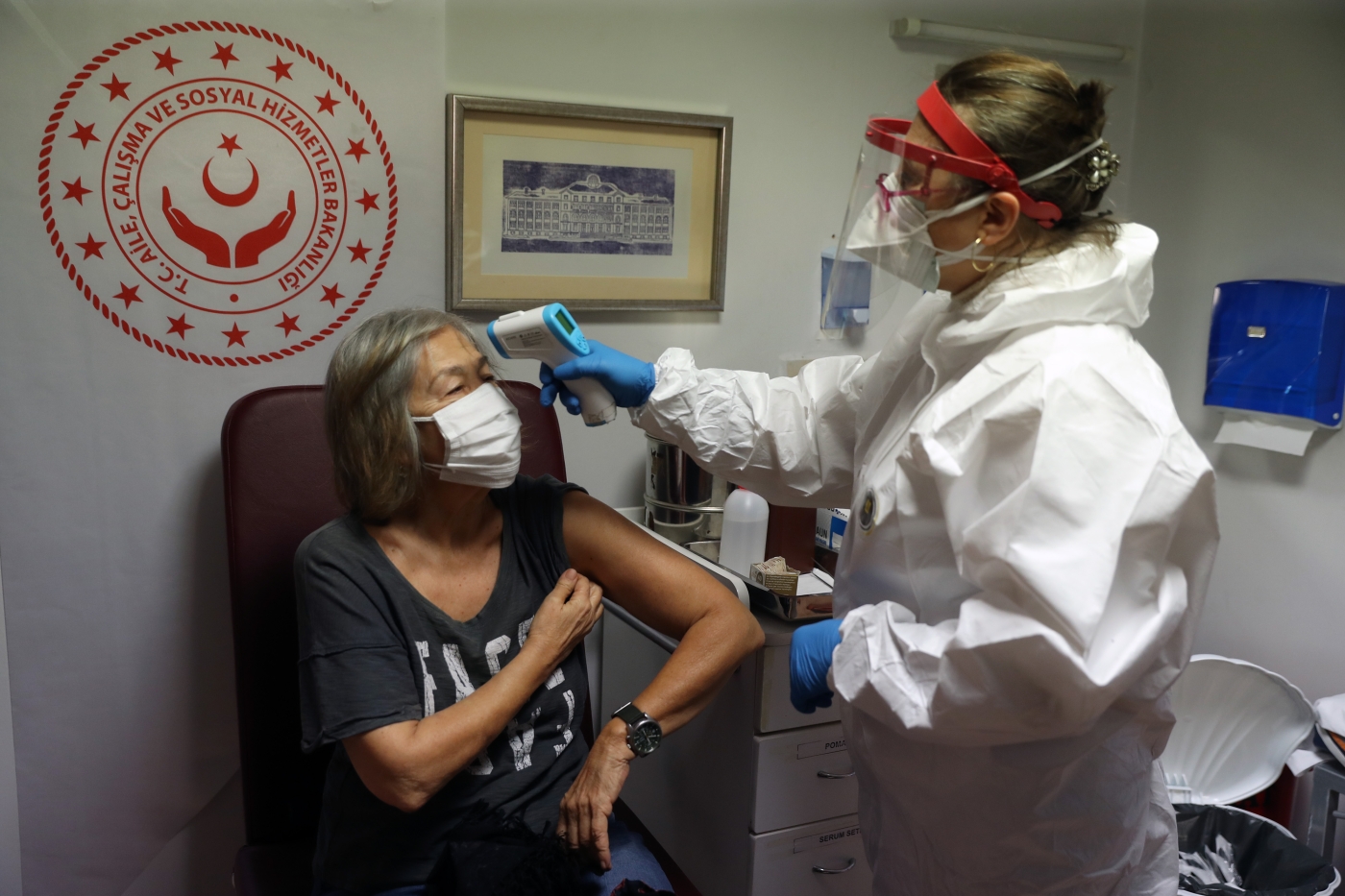 A healthcare worker checks the body temperature of an elderly woman at a nursing home in Ankara, on 19 January 2021, amid the Covid-19 pandemic (AFP)
By
MEE and agencies

More than one million people in Turkey have received a Covid-19 vaccination in the first week of a national inoculation drive, according to figures released on Wednesday by the health ministry. Turkey began the campaign with the CoronaVac jab produced by China's Sinovac last Thursday, and on Tuesday Health Minister Fahrettin Koca called the country's progress "one of the fastest in the world".

However, statistics show the drive has lost some of its momentum after more than 600,000 people were inoculated in the first two days.

In comparison, France had vaccinated around 585,000 people by Tuesday, after starting its campaign on 28 December.

Turkey has now given a first shot to more than one percent of the population of more than 83 million people.

The campaign kicked off with healthcare workers and moved on to those over the age of 80 on Tuesday.

But while Turkey has signed up for 50 million doses of CoronaVac, it is due to receive just three million by the end of the month, limiting the potential pace of the rollout.

In December, Turkey also reached a deal to receive 4.5 million doses of the Pfizer-BioNTech jab by late March.