Cutting Israel-PA coordination: The ace in the sleeve Mahmoud Abbas can't use

Extracting the Palestinian Authority from its security and logistical ties with Israel may be a powerful threat, but it's one almost impossible to execute, officials say 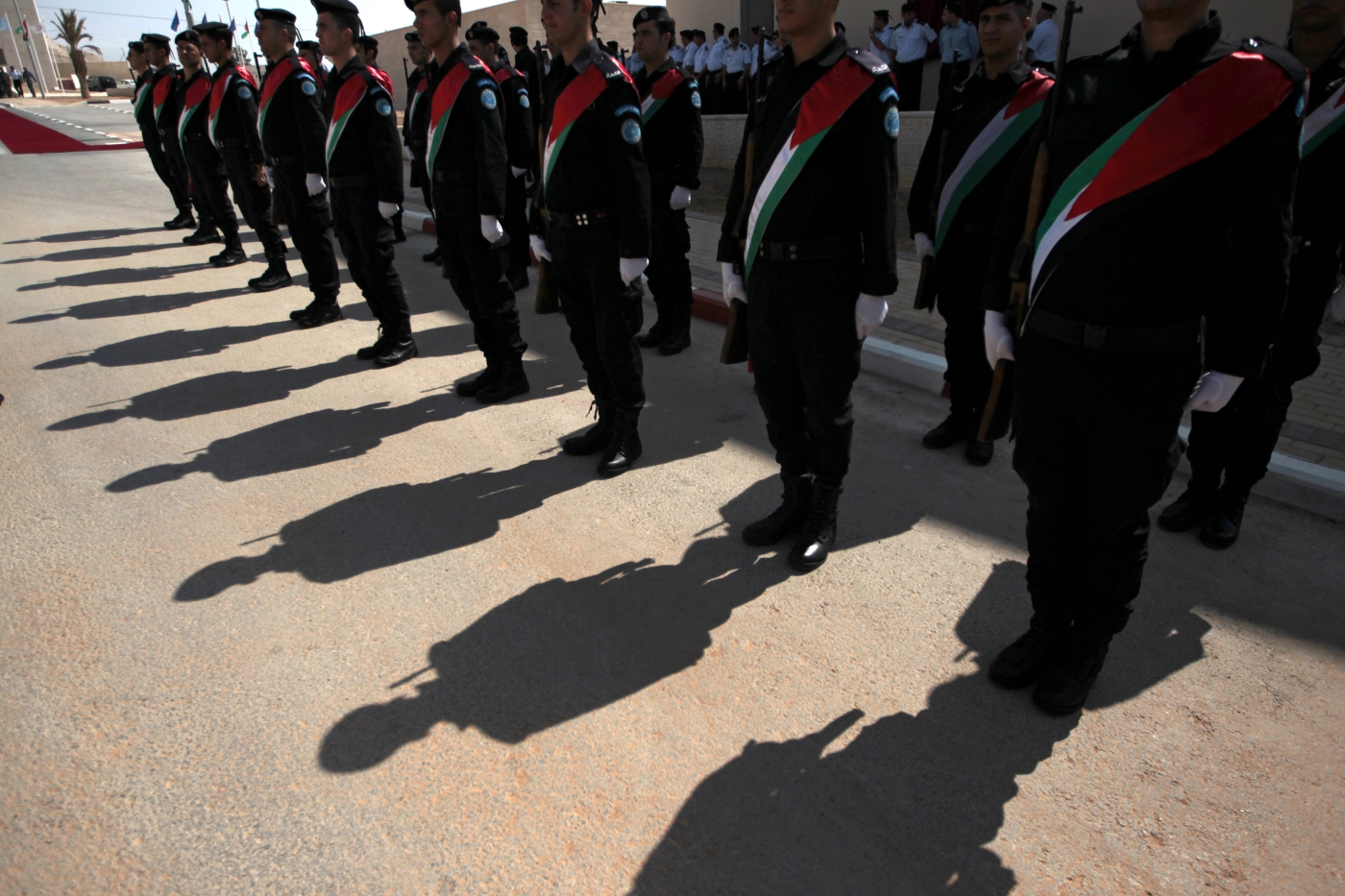 President Mahmoud Abbas’ statement on Saturday couldn’t have seemed more clear: in the face of impending Israeli annexation and the US’ humiliating “deal of the century”, the Palestinian Authority (PA) was cutting security ties to both countries.

Yet the next day the close security cooperation continued as normal, with the liaison offices operating as if nothing had happened.

The Palestinian leadership has been appalled by Donald Trump’s plan to address the Israel-Palestine conflict, a 180-page document that essentially backed Israeli claims on large areas of the occupied West Bank and undermined Palestinian statehood.

It has opened the door for Israel to formally annex the Jordan Valley and illegal Israeli settlements, more than a third of the West Bank, and left the Palestinian Authority scrambling to confront this threat. However, despite Abbas’ strong words at an Arab League summit in Cairo two days ago, immediately severing ties was never part of Abbas’ thinking, according to a senior Palestinian government official.

The announcement, the source said, was instead "a hint" he would use "an important card" to pressure the US and Israel.

“Abbas uses all his cards to confront the US-Israeli project and its implications, especially security cooperation,” he said.

For Israel, outsourcing much of its intelligence gathering and security implementation in the West Bank to the PA is highly useful and helps reduce attacks on its forces and citizens.

The Fatah-dominated PA, meanwhile, uses information handed to it by Israel to maintain its dominance and undermine Fatah’s rival Hamas.

Washington, too, receives benefits from the arrangement, the senior government official said.

“The Palestinian Authority is part of the West's war on terrorism, and President Abbas wanted to remind the Americans and Israelis that this role has a political price, and without this price, it cannot continue," he said.

Immediately after Trump’s plan was revealed early last week, the PA’s minister of civil affairs, Hussein Sheikh, held a meeting with Israeli Finance Minister Moshe Kahlon and informed him of the decision to stop security coordination with Israel if it annexed parts of the West Bank.

It is not known how seriously Israel takes these threats.

Twice recently, in 2015 and 2017, the Palestinian Liberation Organisation, a leading component of the PA, has announced it was cutting ties with Israel. But these decisions were never implemented by the PA.

Certainly, following through with such a threat would be a game-changer.

But such a strategic step could only be implemented if the rules of the PA’s relationship with Israel are completely changed, a senior Fatah movement official told MEE.

"Stopping security coordination may lead to armed conflict, and this may lead to the collapse of the Palestinian Authority,” he said, speaking on condition of anonymity.

'Stopping security coordination may lead to armed conflict, and this may lead to the collapse of the Palestinian Authority'

On a most basic level, the Israel-PA security coordination affects the stability and maintenance of Palestinian Authority-run areas of the West Bank daily.

"How does security coordination work? When Israeli forces enter one of our areas, something that happens almost every night, the Israeli side informs us of the entry time so we can withdraw all our policemen from the streets,” the Fatah official said.

“And if that channel stops, the armed policeman might clash with the armed Israeli soldiers in any square, any street, in any city, which would lead to a breakdown in the security system.”

Even Abbas’ movements are dictated by the security coordination.

The president’s convoy moves between his Ramallah office and residence about four times a day. Around 10 security vehicles and dozens of armed men are deployed to accompany the 84-year-old, and before he sets off on any journey Israel is kept in the loop, to avoid the embarrassment of being stopped by any Israeli military patrols.

If there are ongoing Israeli operations, Abbas delays departures so as not to be caught up in them.

Untangling civil coordination is also highly problematic for the PA.

The two sides trade records of births and deaths, and cooperate over the issuance of identity cards and passports, vital documents for moving around the West Bank, Jerusalem and abroad.

Currently, the PA relies on Israeli authorisation for many of its most basic powers.

Several years ago the PA tried to label its passports as issued by the State of Palestine, rather than the Palestinian Authority, but Israel threatened to reject any document bearing this change. The PA quickly backed down, out of fear its passport holders would be refused passage.

When the PLO has previously tried to tear up the PA-Israel economic agreement that places Palestinian territories within an Israeli customs union, the Palestinian Authority was unable to implement the calls because of Israel’s total control of the movement of goods and individuals through border crossings.

Israel also collects customs revenues on goods imported to the Palestinian territories and transfers them to the PA at the end of each month. The threat of not receiving such vital funds obliges the PA to comply.

Popular demand that the PLO rescind its recognition of Israel and ceases security coordination is high. But officials close to Abbas say no such actions will be taken unless absolutely necessary, as it could see the end of the PA.

"If Israel annexes Jordan Valley and settlements, we cannot continue to work with the security, civil and economic agreements signed with Israel," the government official said.

"Even if we wanted to keep up coordination, our people will not accept it. We are entering a new, different era and no one can predict how it’s going to be.”

Conditions have never been so favourable for Israel to annex large parts of the West Bank. The Trump administration is heavily biased in favour of the Israeli right and settlement movement, the Europeans are splintered and disengaged, and many Arab states are either courting Israel or in turmoil.

Preparing for what seems like the inevitable annexation of the Jordan Valley and illegal settlements, the PA is preparing several moves, including reaching out to Hamas, which rules the Gaza Strip.

'Even if we wanted to keep up coordination, our people will not accept it. We are entering a new, different era and no one can predict how it’s going to be'

But observers are not confident such moves will make any impact, and are sceptical of any breakthrough in Fatah-Hamas relations, despite calls between Abbas and Hamas chief Ismail Haniyeh and a promise the president will see him in Gaza.

Attempts to attract some international reaction, too, will likely fall flat.

Abandoned internationally, divided at home, and with Israel holding the keys to movement in and around the territory, cutting coordination may prove impossible for the PA.

On Monday, Abbas repeated his threat, though this time any attempt to disengage with Israel was dependent on annexation.

“We will not retreat from our positions until the Americans and the Israelis step back from their project,” he said. Occupation
'Jerusalem will not be divided': Palestinians protest against Trump's plan