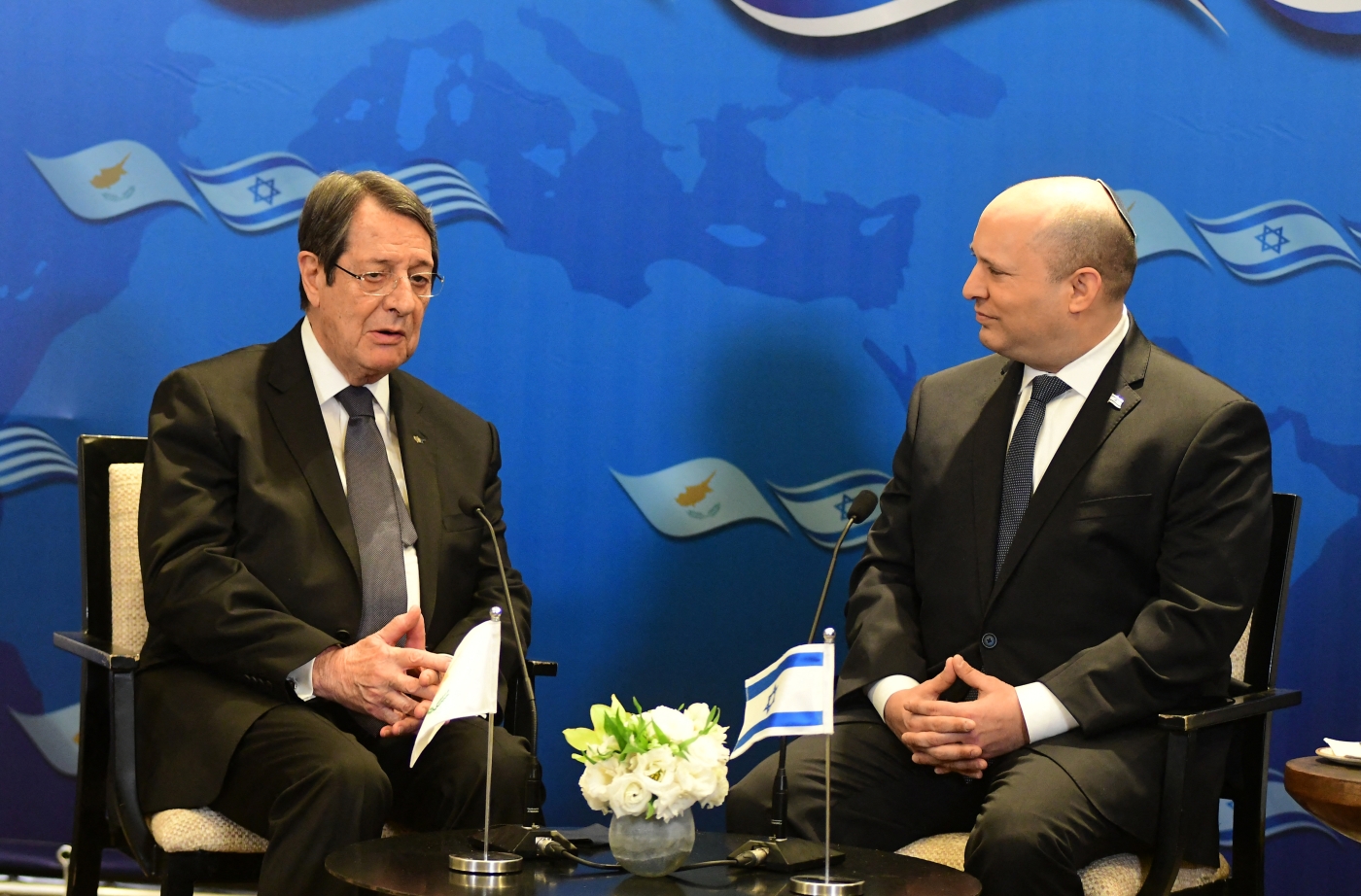 Stelios Platis says his first Israeli client arrived in Cyprus from the Turkish-controlled north of the island more than a decade ago.

"There were lots of Israelis there [in the Turkish administered north] at the time. It was very natural for him [to arrive from that side of the UN buffer zone]," Platis, a Cypriot businessman and director of the European Institute of Management and Finance in Limassol, told Middle East Eye.

Since that first encounter, Platis's work as a consultant advising Israelis looking to establish companies and invest in the majority Greek-speaking Republic of Cyprus has boomed.

"There has been a complete transformation," Platis said. "Israelis are rushing to Cyprus now and they are being welcomed on the island. Some of the highest skyscrapers in Limassol belong to Israelis."

Now, spurred by concerns over Turkey's foreign policy in the Eastern Mediterranean, Cyprus, along with its close partner Greece, has established what Israeli Foreign Minister Yair Lapid recently called "a regional alliance" with Israel. 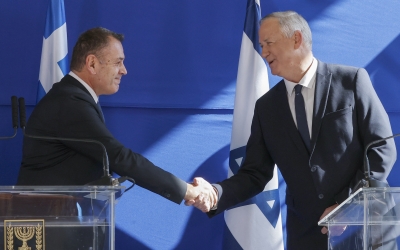 The three countries formed a tripartite framework in 2016 to deepen defence and economic ties. Much has revolved around energy diplomacy. They are laying a subsea power cable to link their electricity grids. And an agreement between Cyprus and Israel to demarcate their maritime borders in 2010 helped Israel tap into its gas reserves.

While some developments have stalled - the US pulled its support for a planned pipeline to link Israeli and Cypriot gas fields to mainland Europe and Cypriot and Israeli energy companies are squabbling over reserves in the massive Aphrodite gas field - they have had more success on the defence and security side.

Israeli special forces train in Cyprus where the rocky terrain resembles Lebanon. Along with Greece, Egypt and the UAE, their militaries conduct joint naval and air exercises.

In November, Nicosia signed a $32m agreement with Israel's Elbit Systems to develop a surveillance system for its side of the Green Line, the UN-patrolled buffer zone that splits the Republic of Cyprus in the south from the Turkish-administered north.

But the small island of one million is now watching for signs that the once frosty relations between Israel and Turkey could be thawing.

"The big question in Nicosia and Athens is how this seeming Israeli-Turkish rapprochement could affect Israel's partnership with Cyprus and Greece," Ioannis Grigoriadis, head of the Turkey programme at the Hellenic Foundation for European and Foreign Policy (ELIAMEP), told MEE.

'Turks are getting brownie points'

Plagued by a financial crisis at home and rampant inflation, Turkish President Recep Tayyip Erdogan is restoring ties with Gulf states that were once his bitter enemies.

Erdogan visited the UAE earlier this month and signed a raft of economic deals. He is also making overtures to Saudi Arabia's Crown Prince Mohammed Bin Salman. Outreach efforts, however, have not extended to Turkey's Mediterranean neighbours.

Israeli President Isaac Herzog arrived in Cyprus on Tuesday for what analysts described as a "symbolic visit" intended to shore up the budding alliance before his much-anticipated visit to Turkey later this month.

"Cypriots were nervous with the announcement Herzog would visit Turkey," Marios Evriviades, a professor of international relations and history at Neapolis University in Pafos, told MEE. 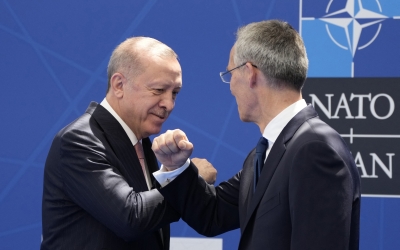 "The one thing that outsiders to Cyprus don't realise is that we live under the Turkish threat and that pervades the whole of society. People in Cyprus are very attune to their security."

Cyprus has been divided since 1974 when Greek officers launched a failed coup designed to unite the territory with Greece, and Ankara invaded in the name of protecting the island's Turkish minority.

Since then, Turkey has bolstered its military presence in the Turkish Republic of Northern Cyprus with 35,000 troops, heavy artillery, and more recently Bayraktar TB2 drones.

Herzog's visit also comes as Turkey has emerged as a pivotal actor in the war in Ukraine. Russia's invasion has revived Turkey's original role as a Nato member checking Moscow’s ambitions along the alliance’s southern flank.

Earlier this week, Ankara invoked the 1936 Montreux Convention to restrict warships transiting the Bosporus and Dardanelles straits. Any courtship of Turkey by the West is a sensitive issue on the Mediterranean island where many still believe cold-war politics led the US to turn a blind eye to the 1974 invasion.

"The Turks are getting a lot of brownie points in the West on Ukraine right now. But they still have the S-400 and haven't stopped threatening Cyprus," Evriviades said.

But analysts say that Erdogan will face an uphill battle if he intends to pry Israel away from its new Greek and Cypriot allies.

"After more than ten years of polemics, it's much easier said than done on Turkey's side to prove they are a reliable partner," Grigoriadis said. "It's going to take a lot of effort to repair the damage to Israeli-Turkish relations."

Shortly after the US pulled its support for the EastMed pipeline, Erdogan was quick to float the idea of a gas deal between Turkey and Israel.

Analysts, however, are sceptical. The conflict in Syria and crisis in Lebanon would likely mean that a pipeline has to cross the Mediterranean through Cyprus's Exclusive Economic Zone. Putting aside the unresolved status of the Turkish side and its maritime claims, they say Israel may be hesitant.

"Pipelines mean leverage," Evriviades said. "Would the Israelis really give Turkey leverage over their gas? The Israelis don’t trust anybody. So why would they trust Erdogan's Turkey?" Nicosia can also rely on burgeoning economic and people to people ties that have sprung up between Cypriots and Israelis since relations with Turkey deteriorated under Erdogan.

Cyprus is just a 45-minute flight from Israel. In 2019, around 294,000 tourists from Israel visited the island, placing the country third in terms of arrivals.

And as prices for real estate in Israel have skyrocketed, it's not uncommon to find families moving to Cyprus. Platis said he has several clients that commute each week across the short sliver of the Mediterranean separating the island from Israel.

"The real estate market is booming. I would say Israelis have replaced Brits and Russians as the top buyers," he said.

The island's status as a business-friendly EU member state, where corporate taxes are just 12.5 percent, has also drawn Israeli fintech and financial service companies eager to use the country as a launching pad into the EU market.

"The tech companies and startups are hiring people and contributing to the economy. They value that we are an investor and business-friendly country," he said.

Gal Ron has seen how things on the island have changed. He was one of the first Israelis to arrive in Cyprus two decades ago. At the time, he says just 20 Israelis were living there. Today he says there are about five thousand, many of them young families.

"Israelis keep coming," said Ron, who holds dual Israeli-Cypriot citizenship. "The community is growing. People come to visit and they stay. Cyprus is laidback with a similar lifestyle to Israel but much better prices." 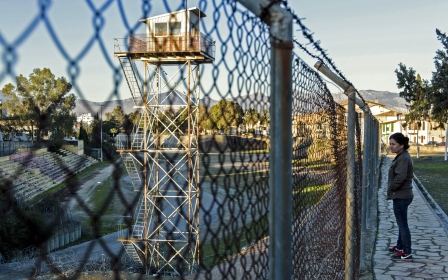 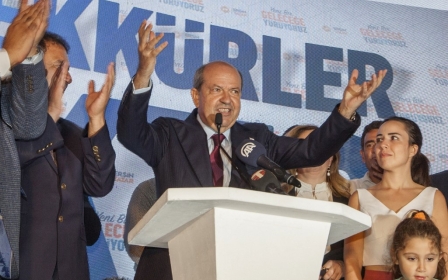