'Death haunts us': Idlib residents flee from the hell of war to the unknown 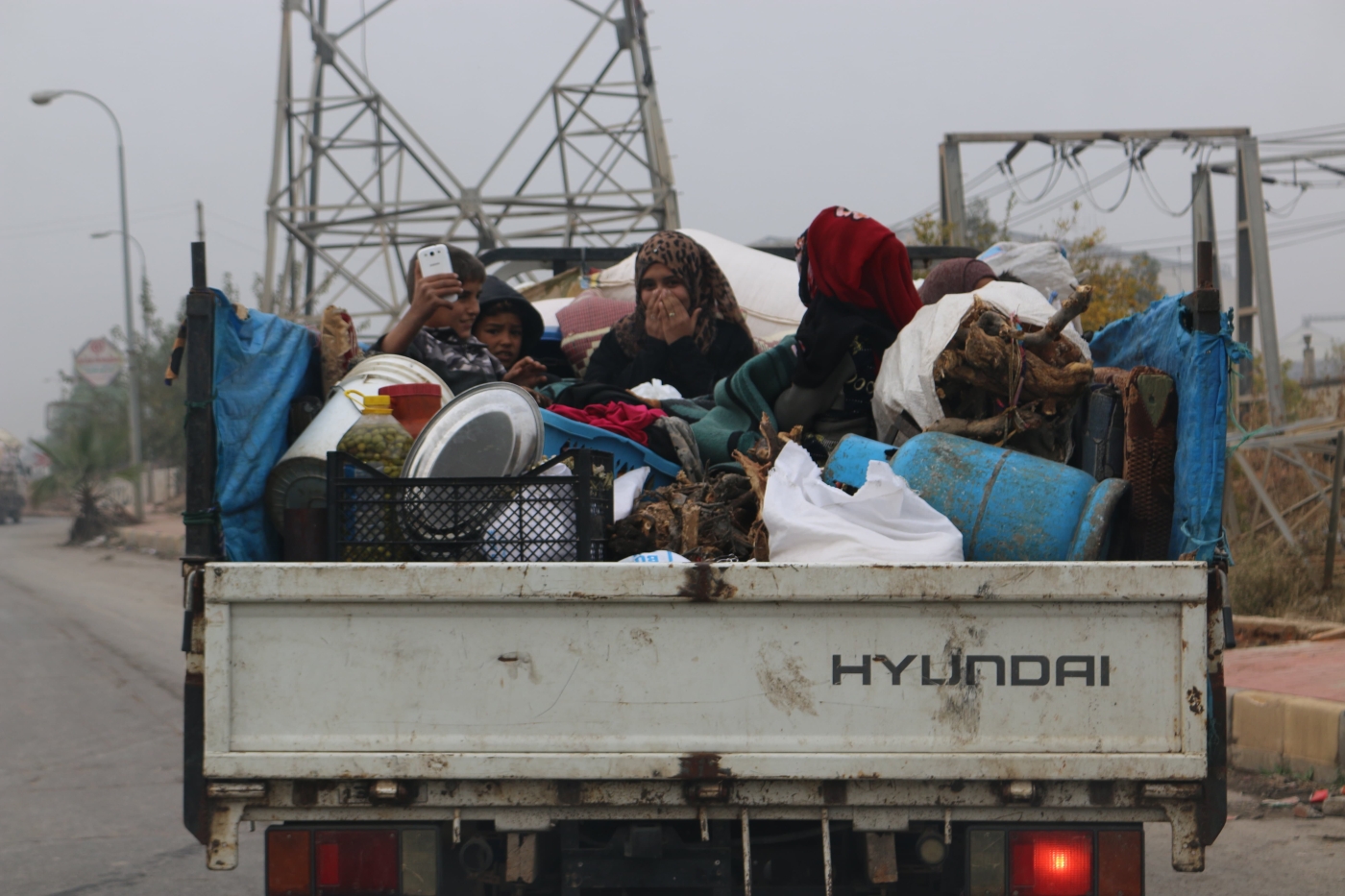 More than 11,000 Syrians are believed to have fled from their homes since Thursday (MEE/Mustafa Dahnon)
By
Mustafa Dahnon
in
Idlib

Carrying blankets, mattresses and some of his most prized possessions, Muhannad al-Ibrahim is among more than 11,000 Syrians to have fled from their homes in northwest Syria since the end of last week.

Maaret al-Numan, the southern town in Idlib province he used to call home, has seen a deadly uptick in air strikes and artillery fire since Syrian government and Russian forces resumed their bombing campaign on the country's last remaining rebel stronghold.

The violence has intensified since the weekend, when the rebels are believed to have captured four towns from the Syrian army while catching them off guard, pro-Syrian government website Al Masdar News has reported.

Since then, almost 100 fighters from both sides have been killed, with clashes threatening to derail an already shaky ceasefire agreement between the warring parties.

Clouds of smoke have been seen over the Maaret al-Numan region, with residents witnessing warplanes pound rebel positions.

"The bombardment has not stopped… we see it every minute," Idlib resident Ibrahim told Middle East Eye.

Since Thursday, more than 11,000 people are believed to have fled their homes in a bid to escape the fighting, with Syrians like Ibrahim either walking on foot or travelling in open trucks to supposedly safer areas further north.

Some of the displaced told MEE that with the Syrian government threatening to wage a new offensive on the region, many of the internally displaced were bracing for a dark future.

On Monday, Khaled Khattab, a volunteer with the White Helmets - a search-and-rescue group also known as Syria Civil Defence - said at least six people had been killed after an air strike targeted a busy market in Saraqeb city.

Middle East Eye could not independently verify the report.

Assad, who has been in power for 19 years, has repeatedly vowed to reclaim all of the country, and since Russia intervened in the conflict his forces now control more than 70 percent of Syria.

Hay'at Tahrir al-Sham, a group which is dominated by former al-Qaeda members and controls most of Idlib, has refused to submit to the government, with near daily clashes between the opposing forces.

Russia - which supports Assad - and Turkey, a longtime a backer of opposition factions, had co-sponsored a de-escalation agreement for the area earlier this year, but that has since faltered.

Another ceasefire was announced by Russia on 31 August, and while that has reduced air raids on Idlib, bombing has persisted.

Air strikes were reported to have targeted rebel areas dozens of kilometres from the main front lines on Sunday afternoon, signalling a potential escalation.

'No safe place to shelter'

The latest mass exodus comes at a time when Syria is expected to face extremely cold weather conditions, with temperatures dropping to below zero and prolonged periods of snow.

Last winter, at least 29 children and newborn babies died in sub-zero temperatures after fleeing from the last Islamic State-controlled villages in eastern Syria.

Some of the most recent internally displaced people have said they could expect to see themselves spend nights under the stars without tents, blankets or heating.

"Everything is against us," Mohammed Abdul Majeed, a villager from al-Heraki in Homs province displaced to Idlib, told MEE.

"The winter has been hindering our displacement, rains have hindered the transfer of our house. There is no safe place to shelter."

'The winter has been hindering our displacement, rains have hindered the transfer of our house. There is no safe place to shelter'

Idlib was the main focus of the Syrian government before Turkey launched an invasion of northeast Syria in October, citing security concerns.

Ankara demanded that the YPG, a group linked to the Kurdistan Workers Party (PKK), a Kurdish separatist group that has been at war with the Turkish state for decades, withdraw from its border by 29 October.

The Kurds then agreed to a Russian-brokered deal to allow the Assad government into their territory, in a bid to spare their cities from a Turkish assault.

Syrian troops have since arrived in positions bordering Turkey as well as other parts of the northeast.

On Sunday, the commander-in-chief of the YPG-led Syrian Democratic Forces said Russian troops would deploy in three key areas under its control.

Ankara has said it eventually wants to set up a buffer zone on Syrian soil along the entire length of its 440km-long border and wants to resettle some of the 3.6 million Syrian refugees currently in Turkey. 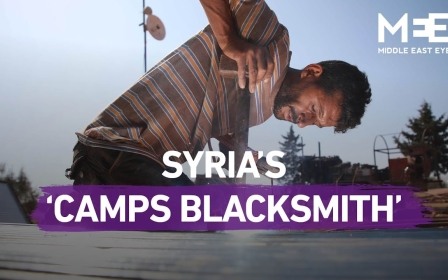 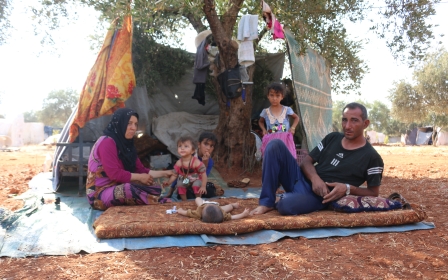 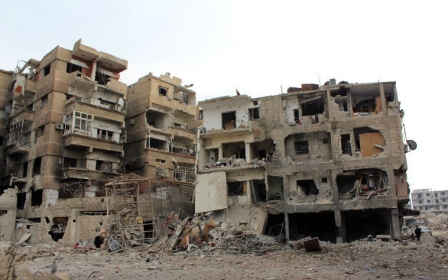