Death by Instagram: Iraqi 'troops' ask for vote on IS captive's fate

A group of purported Iraqi soldiers ask 80,000 followers to decide if captive caught near Mosul lives or dies, before posting apparent result 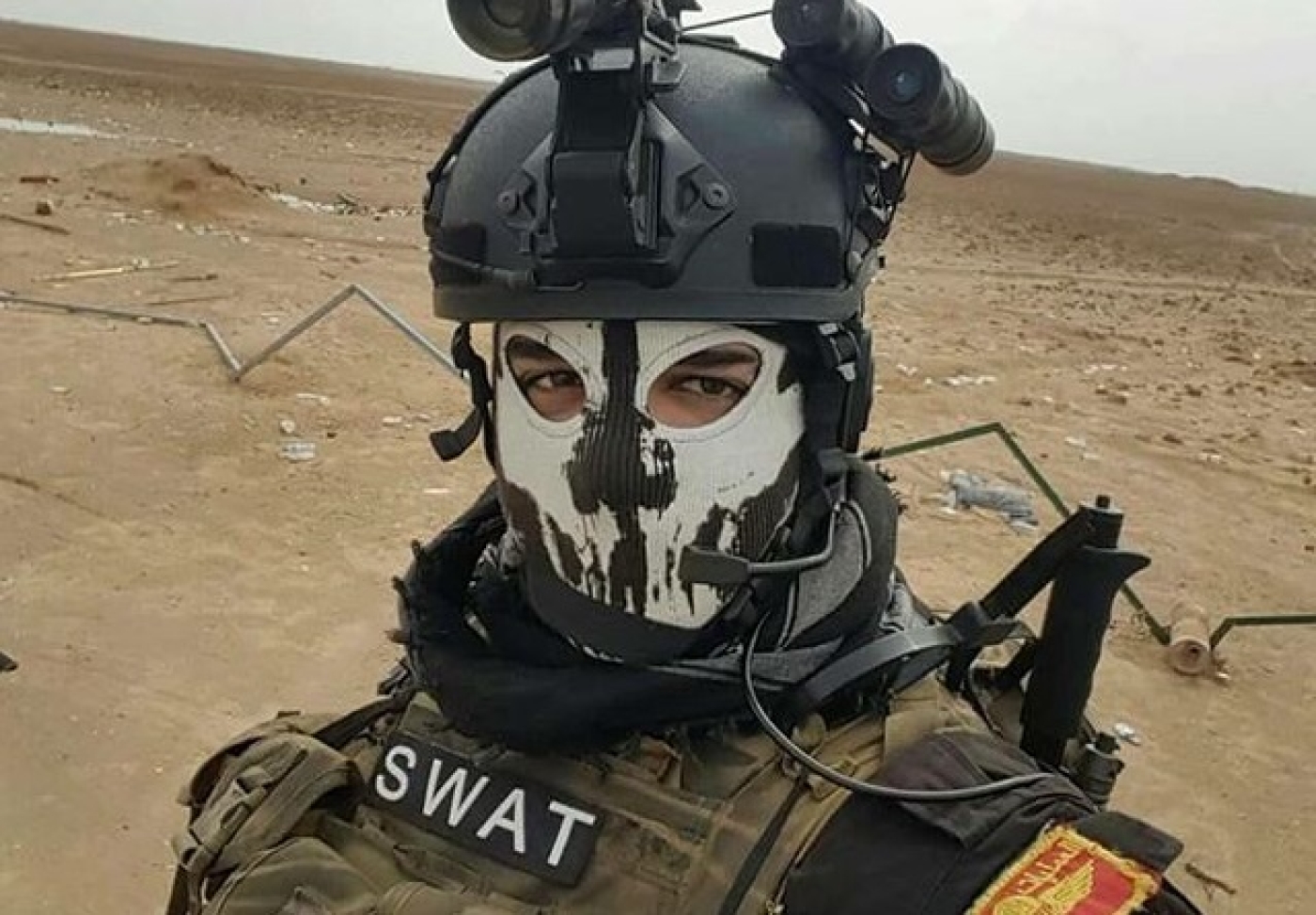 A group of Iraqi soldiers has apparently used their Instagram to ask followers to vote on the fate of a captured Islamic State (IS) militant, and then posted pictures of the result.

The account @iraqiswat, claiming to be that of the "Iraq Special Operation Force," posted an image on Monday of what appeared to be an IS fighter captured south of Mosul.

According to the caption, the account's more than 80,000 followers were given an hour to decide whether he was killed or released.

"You can vote For (kill him or let him go) You have one houer to vote We will post his fate after one houer. Tag your friends and take your right take your reveng from isis right now." 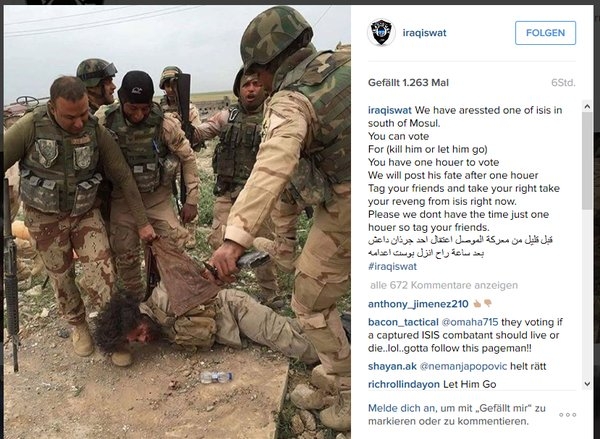 According to a report on taskandpurpose.com, the post gained hundreds of comments, many of them in English, with one reading: "On behalf of ALL red blooded americans," someone writes, "give em the kill".

A follow-up image, showed the captive apparently dead on the floor, with the face of an Iraqi soldier in the foreground in a "selfie" pose and the message, "thanks for vote".

English replies incude "a dirty job but someone's got to do it," and requests for the group to post a video of the death on Facebook.

The images were removed by Instagram hours later, but the @iraqiswat account remains open, displaying other pictures and footage of battle scenes and death videos. Many of the pictures carry flags from various Shia militia groups, or Popular Mobilisation Units which include fighters who have fought on behalf of the Syrian president, Bashar al-Assad.

Groups within the PMU have also been accused of war crimes in Iraq against Sunni populations they accuse of siding with IS.

It is not the first time the account has held a vote on a captive's life. Reports in December showed the same account offer up another captive for voting, later posting pictures of his death.

The soldiers in the photographs do not wear insignia or rank badges, and the photos of the "vote" and the "result" did not appear geo-tagged or dated.

Gideon Boas, who served as senior legal officer at the International Criminal Tribunal for the former Yugoslavia, told the Guardian that the images posted on Monday, if verified, “unquestionably” appeared to depict a war crime.

“Whether or not that person is a combatant – and therefore receives the protection of prisoner of war status – or falls to be dealt with as a domestic criminal, either way, that person has to be subject to a criminal process," he said. 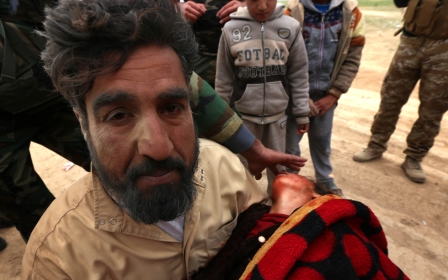