Despite domestic unrest, Sudan and South Sudan continue to play the blame game

As economic pressures mount and accusations of human rights abuses continue, the Sudans blame one another for their internal problems 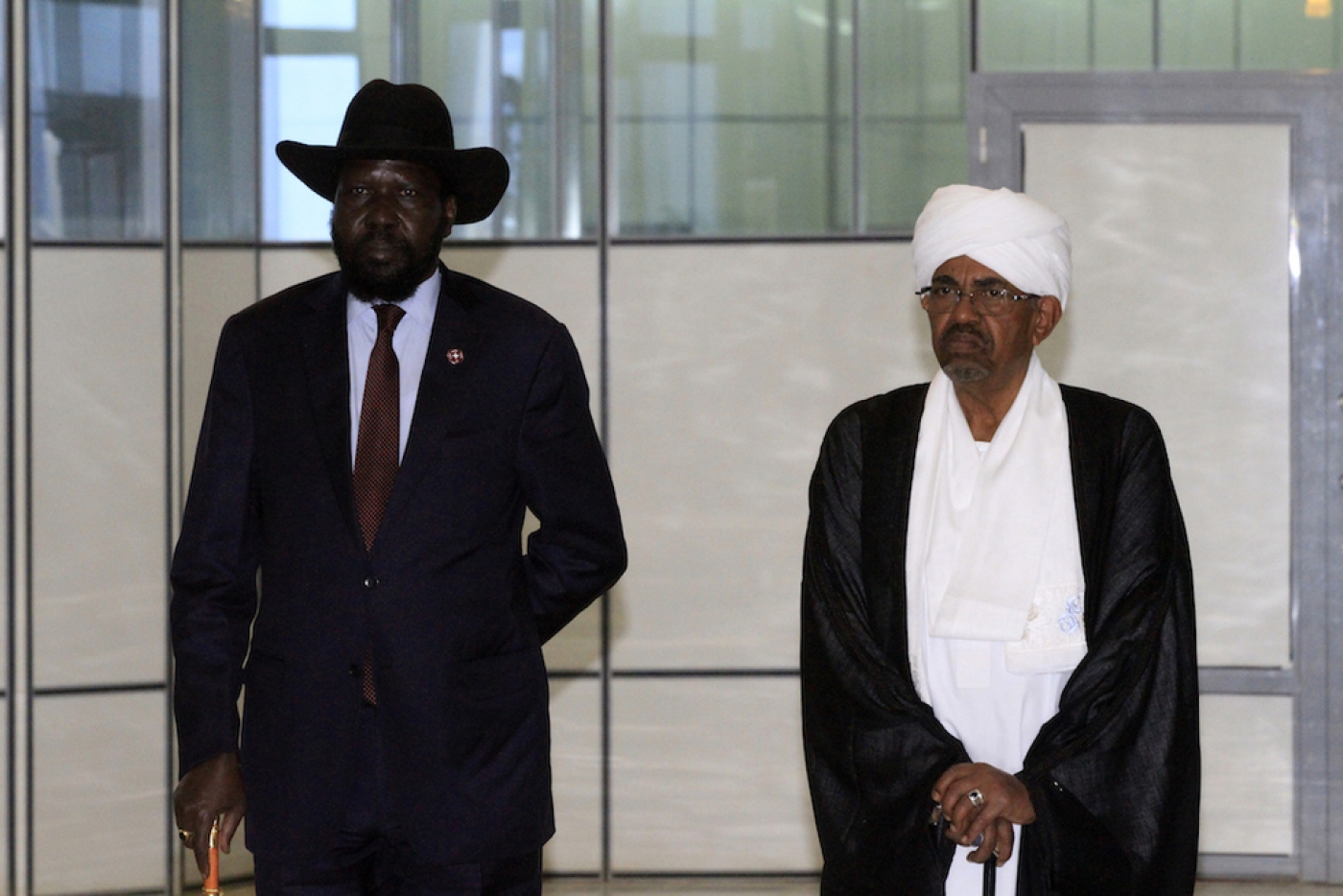 KHARTOUM - While both countries face international isolation, war crimes allegations and potential economic collapse, the leaders of the two Sudans have continued to engage in a tit-for-tat blame game.

In a face-to-face confrontation with his Sudanese counterpart Omar al-Bashir in Khartoum on Thursday, president of South Sudan Salva Kiir Myardit accused Sudan of fuelling the South Sudan civil war, providing weapons that destabilised the new-born state and harbouring the followers of the fugitive South Sudan’s rebel leader Riek Machar.

Tensions between the two countries have been high since South Sudan broken away from Sudan following a 2011 referendum that ended the longest civil war in Africa.

A range of issues are still pending between the two countries including support for rebel groups, border demarcation, the contested Abyei region and the oil transit fees South Sudan pays to Khartoum for oil passage.

Sudan has accused South Sudan of supporting the rebels fighting the government in the Darfur, South Kordofan and Blue Nile regions, while Juba has claimed that Khartoum is sheltering the rebels headed by Machar.

"Despite the reconciliatory atmosphere during President Salva Kiir's recent visit to Sudan, the accusations he made have sabotaged any possible breakthrough," Phouck Booth, spokesman of the South Sudan opposition told Middle East Eye.

Booth further accused Kiir of failing to resolve the domestic crisis in his country, accusing him of supporting the Sudanese opposition too.

"President Salva Kiir is the one who's responsible for the crisis in South Sudan, and unless we can resolve the domestic problems of South Sudan we will not be able to implement any cooperation agreements with Sudan," he said.

However a source inside the Sudanese armed opposition movement has denied receiving any help from South Sudan, accusing Khartoum of attempting to exact revenge on the Southern Sudanese due to voting for separation in 2011.

"We neither have a presence in South Sudan nor are we getting any help from the government in Juba," the source, who asked not to be named, told MEE.

Despite his fiery speech at the conclusion of his two day visit to Sudan, Kiir told Bashir that he had no choice but to enforce the outcome of the independence referendum.

"The fact that South Sudan broke away from Sudan was not really the choice of everybody, but when the majority decide in a democratic decision, we have to go with this," Kiir stated.

Under pressure from the international community and supervised by an African Union mediation team chaired by the former South African president Thabo Mbeki, Khartoum and Juba in 2012 signed a remarkable cooperation agreement that addressed the outstanding issues - but the deal has never been implemented.

"Despite the many agreements signed between the two sides, the distrust, lack of political will and the proxy wars that remain on both sides has not left any space for the honest implementation of these agreements," said Sudanese political scholar Salah Adloma.

"The two sides can't abandon the proxy wars as they are using the rebels from the both sides as a front-line defence against any probable aggression from the other state," he told MEE.

Aldoma, political professor at number of Sudanese universities, further noted that the old aggression between the two sides dates back to the period before the independence of South Sudan.

"Khartoum, which had been supporting peace in South Sudan under the US conditions for the lifting of sanctions, wants to take South Sudan as a hostage and a pressuring card to get more benefits from the Trump administration."

One US condition that led to the lifting of two decades of US sanctions on Sudan in October was their help in pushing the peace process of South Sudan forward.

In April 2012, relations between Khartoum and Juba reached their nadir when open confrontations took place over the disputed oil-rich border region of Heglig.

During the battles, Bashir called the government of South Sudan a movement of "insects," language condemned as racist by the leaders of South Sudan.

In response, Kiir called on Bashir to hand himself over to the International Criminal Court (ICC) - which indicted him in 2009 for alleged crimes against humanity in Darfur region - as well as closing South Sudan's oil pipelines that cross through Sudan.

Majid Mohamed Ali, a Sudanese journalist specialising in Sudanese relations, said he believed the two leaders were misleading their people by using this "blame game," noting that both countries faced similar crises.

"The leaders of Sudan and South Sudan have the same stories of failure as civil wars rocked both their countries, leading them to the brink of economic collapse, due to corruption and heavy security expenses and wide human rights violations," Ahmed stated.

Starting in 2016, the US imposed sanctions on South Sudanese leaders who obstructed the peace process.

Ahmed concluded that relations between the two neighbours cant be normalised unless at least one of the two parts of Sudan enjoys comprehensive democratic change or at least pursues an honest peace process that can end the continuous civil wars.