How sanctions-stricken Sudan sold its economy to China 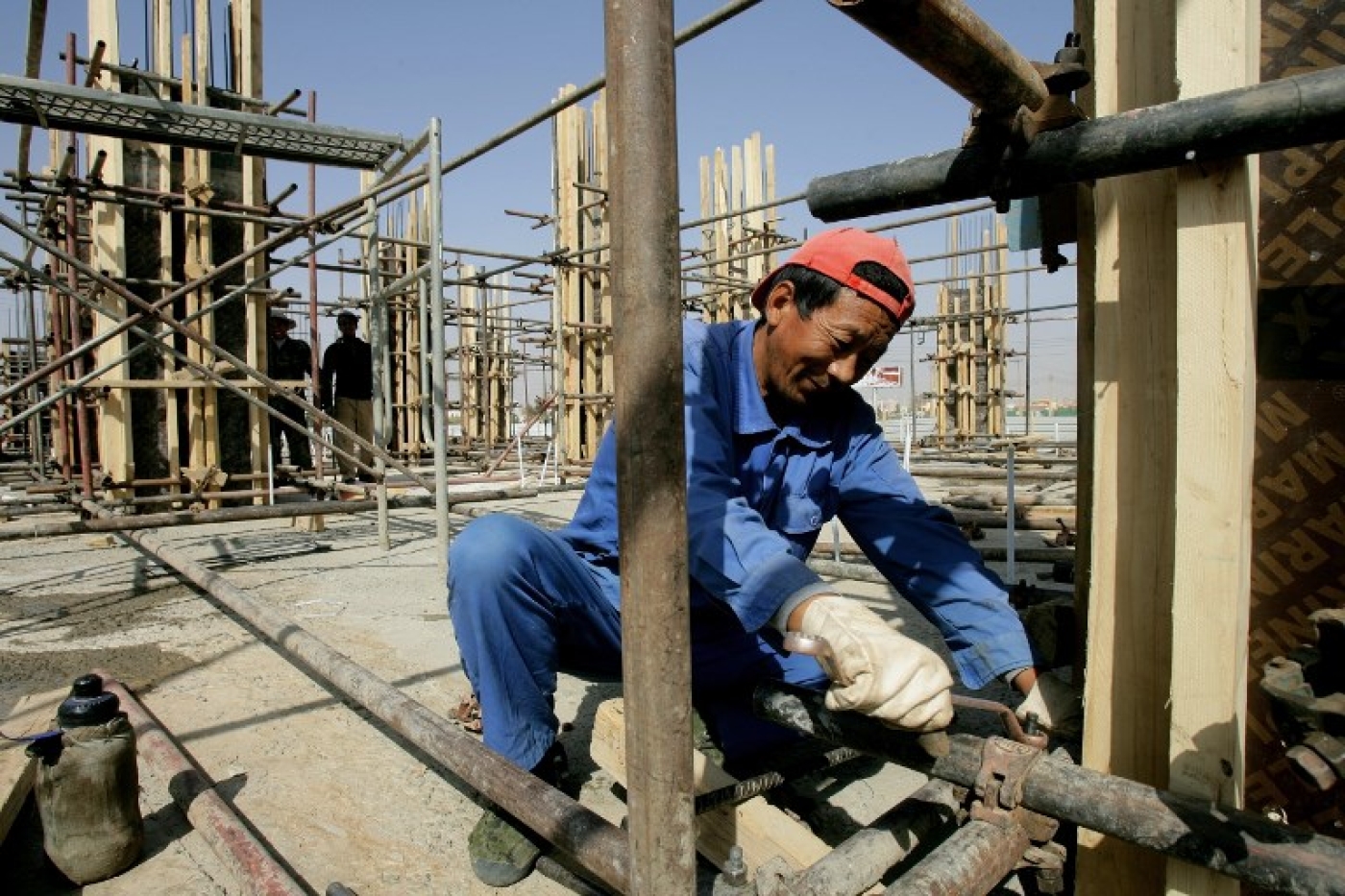 KHARTOUM – A potential new front in the global economic rivalry between the United States and China has opened in Sudan following Washington's decision to end two decades of sanctions targeting the African country, but analysts say it is a battle which few American investors will be flocking to fight.

Announcing the move on 6 October, the State Department said the US government had decided to lift the embargo in recognition of the Sudanese government's “positive actions” on a range of issues including cooperation on promoting regional stability and addressing the threat of terrorism, and stopping conflict and improving humanitarian access within Sudan.

The 20-year embargo, imposed in 1997 by then-US President Bill Clinton's administration over human rights violations and terrorism concerns, had effectively frozen Sudan out of the international financial system and prevented it from accessing global markets.

Last March, former financial minister Badr Eldin Mahmoud put the cost of sanctions to Sudan at $45bn. Now many hope the lifting of sanctions will bring a much-needed boost for a debt-stricken economy also hurt since 2011 by the loss of about three-quarters of its oil revenues following the cessation of South Sudan.

American companies were once major players in Sudan where California-based Chevron dominated oil exploration until it shut down its operations following a deadly attack in 1984 on one of its facilities by separatist militants in Bentiu, a town now in South Sudan.

The US was also among the biggest importers of Sudanese gum arabic, a substance produced from the sap of acacia trees which is widely used in food, cosmetics and pharmaceutical products.

But economic and political analysts said China's dominant grip on the Sudanese economy and continuing obstacles to western investment would likely deter most American companies from seeking to do business in the country.

Sudanese political analyst Ahmed Mohammed told Middle East Eye that sanctions had served to bring the government in Khartoum more in line with Washington on counter-terrorism and security issues.

In January, Hanafi Abdallah, a senior Sudanese intelligence official, told the Al-Sudani newspaper that the CIA’s office in Khartoum was the largest in the Middle East and North Africa region and said there was regular communication and meetings between the CIA and Sudan’s National Intelligence and Security Services.

'US companies have lost a lot during the sanctions period which paved the way for Chinese dominance'
- Ahmed Mohammed, political analyst

In December last year, Sudan also extradited Moaz al-Fazani, an alleged Islamic State leader, to Tunisia where he was accused of plotting attacks including a March 2015 assault by gunmen on the Bardo National Museum in Tunis in which 21 people were killed.

But Mohammed said that cooperation on security had come with an economic cost.

“US companies have lost a lot during the sanctions period which paved the way for Chinese dominance,” Mohammed said. “China, Russia, India and Brazil have filled the gap of the Western countries in Sudan developing integrated economic partnerships with the government of Sudan. 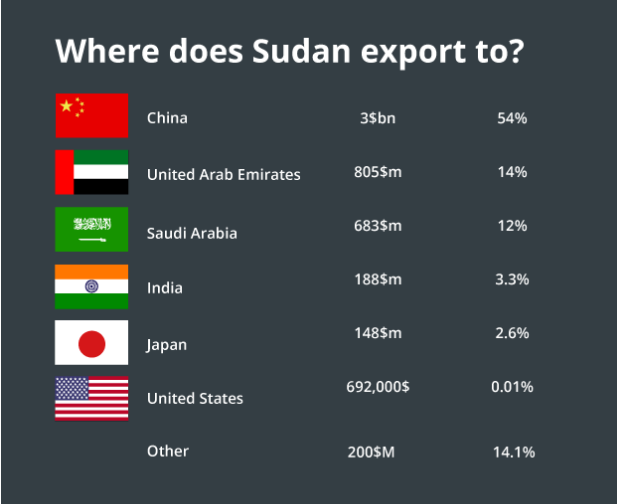 “China is probably concerned that lifting of sanctions on Sudan will lead to fast flow of the US investments and other global firms to the Sudanese market and resources which was exclusively dominated by China.”

Loans and guns for oil

Squeezed by US sanctions and widely criticised in the West over the conduct of a war against rebels in Darfur for which President Omar Hassan al-Bashir was subsequently accused of war crimes by the International Criminal Court, Sudan has grown increasingly dependent on China which initially supplied low-interest loans and weapons in return for oil.

Over time, China's investment in the oil sector expanded into a full economic, political and military partnership. with Beijing supporting a series of major infrastructure projects in the country including hydroelectric dams and new roads.

Dozens of critical projects are dependent on Chinese funding, including construction of the Merowe hydroelectric dam in northern Sudan, the expanding of the al-Rosairis Reservoir in Blue Nile State, and a twin dam project on the Upper Atbara and Citit rivers in Kassala and Gedaref states in eastern Sudan.

Chinese loans pay for the maintenance of Sudan’s railway network and its state-owned shipping fleet, and for the building of the Ingaz western road that links Darfur with other parts of Sudan. China has also been granted privileged access to fertile lands in the Al Jazirah region for cultivating cotton and other agricultural projects.

Sudan’s commercial chamber has disclosed that about 160 Chinese companies working in services, construction and agriculture have a presence in the country, while Chinese companies including the China National Petroleum Corporation (CNPC) now dominate the oil sector.

Beijing has also helped Sudan to build up its military industries to manufacture its own aircraft and tanks, as well as providing diplomatic cover for Khartoum against any further international sanctions over human rights violations.

The US and European countries have repeatedly accused China of blocking attempts by the United Nations Security Council, where China is one of five countries holding vetoing powers, to impose sanctions on members of the current government accused of involvement in war crimes in Darfur. 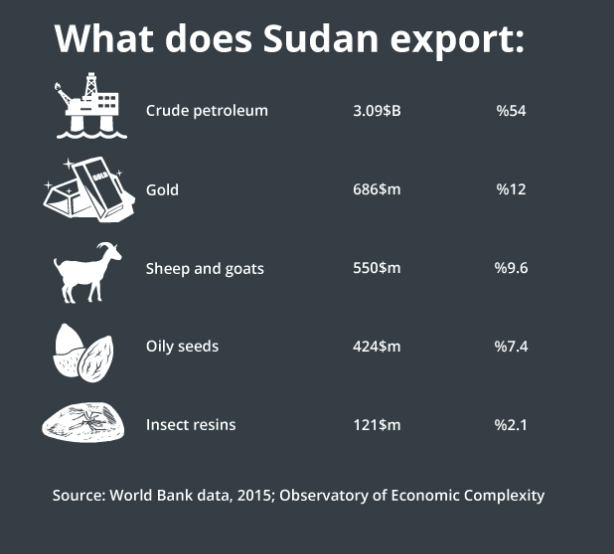 But China is now putting increasing pressure on Khartoum to repay its debts in a move seen by some as a way of reminding the government of its current dependency on the flow of credit from the east.

In 2016, Khartoum and Beijing agreed a deal to reschedule payment of an estimated $10bn owed to China over a five-year period as part of wider efforts by the Sudanese government to manage external debt which the World Bank estimated to have reached $50bn (61 percent of GDP) in 2015.

Many Chinese companies are reported to have suspended projects in Sudan, including work on Khartoum's new airport.

Sudanese media also reported that Khartoum had offered gold and access to mineral reserves in return for further access to Chinese loans.

But officials deny that the government is facing pressure from China and insist that the countries remain on good terms.

Sudanese presidential assistant Ibrahim Mahmoud told MEE that Beijing had even welcomed the lifting of US sanctions as it would also ease Chinese trade with Sudan. 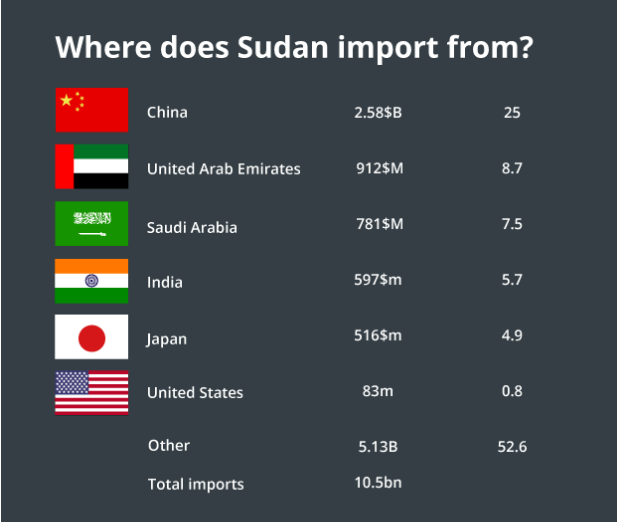 “There are no differences between Sudan and China over the debts as we have an open communication channels with the Chinese on the rescheduling of the debt and we have reached an agreement on the way forward,” Ibrahim said.

Sudan’s government and the Sudan Central Bank have pledged new measures to attract western investment, including fighting corruption and money laundering, changes to the banking system to bring it in line with international norms, and a new legal framework for investment in the country.

Asim Ismail, a Sudanese economic analyst, told MEE that Chinese interests in Sudan were unlikely to be affected much by the end of sanctions in the short term as the business environment in a country with poor infrastructure, a lack of services and weak market capacity remained unattractive for American companies.

But he said there was a longer-term need in Sudan for advanced technology in the oil sector and other industries key to boosting economic growth, potentially creating an opportunity for western firms with the right expertise and regional experience.

However, Mohammed Aljak, a professor of economic at Khartoum University, said there were other obstacles which would discourage American investment, including the continuing blacklisting of Sudan by Washington as a state sponsor of terrorism, and individual sanctions targeting members of the government over alleged involvement in war crimes in Darfur.

“The remaining sanctions on Sudan which include the list of the countries that sponsoring the terrorism and other individual sanctions related to the Darfur crimes, will discourage the flow of the US investments towards Sudan,” Aljak told MEE.

Alhaj Hamad, the director of the Sudanese Centre for Human Development, told MEE that the end of American sanctions was unlikely to destabilise a partnership built on mutual geopolitical and economic interests.

He said he expected China to continue to provide cover for officials facing international arrest warrants and individual sanctions, while Sudan provided Beijing with a strategic foothold in eastern Africa and on the Red Sea coast.

“Sudan’s geopolitical location is very strategic for China’s interests, particularly in the sub-Saharan region. It is also close to the strategic route for the international shipping through the Red Sea,” he said.

“Despite the many positive probable outcomes from the trade with the US, Sudan is still deeply connected to China’s interest.”