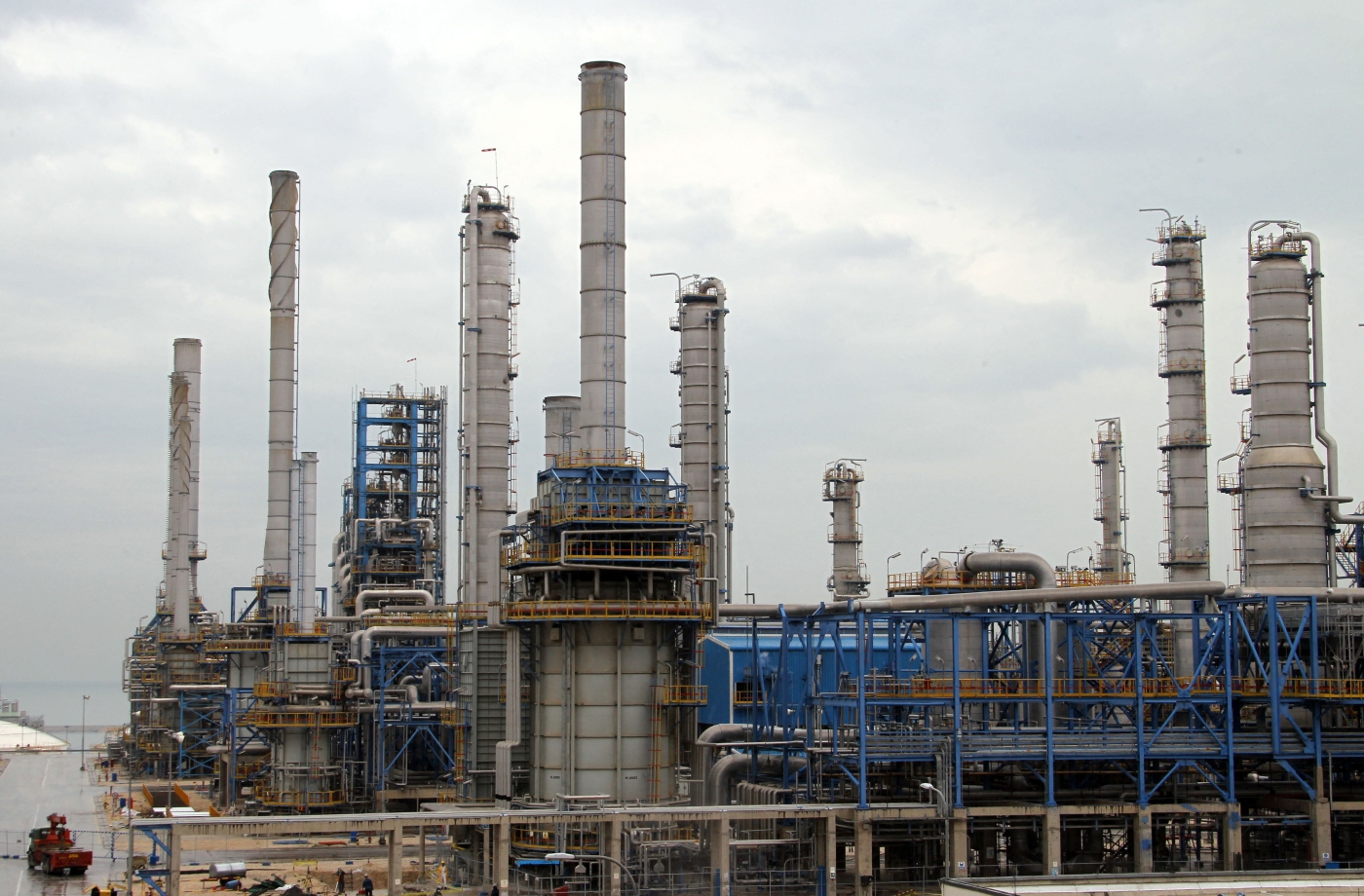 Nouri Petrochemical facilities at the South Pars gas field in the southern Iranian port of Assaluyeh, on 27 January 2011 (AFP)
By
Sean Mathews

A new round of US sanctions unveiled against Iran on Thursday took aim at one of Tehran's most profitable and fastest growing industries yet one that largely flies under the radar: petrochemicals.

Refined polymers and compounds are found in everything from fertilisers and plastics to laundry detergents, paper and clothing. While many people may not be as familiar with petrochemicals as the oil and gas from which they are derived, for the Islamic Republic they are crucial.

"Petrochemicals have been a major source of revenues and non-oil exports for Iran," Rachel Ziemba, a sanctions expert at the Center for a New American Security, told Middle East Eye.

In July, Iran said it would increase petrochemical production by 54 percent over the next four years. The industry already accounts for one-third of Iran's non-oil exports. In 2020, Iran sold about $20bn worth of petrochemicals, twice the value of its crude exports.

Although Iran has been developing its petrochemical (petchem) sector for years, traders and analysts say those efforts accelerated after the US unilaterally withdrew from the nuclear deal.

"Since 2018, the [Iranian] petrochemical industry has expanded its capacities, especially with a focus on generating export revenues," Bijan Khajepour, managing partner of the Vienna-based consulting firm, Eunepa, which advises companies on investing in Iran, told MEE.

Ziemba said petrochemical sales were buttressing Iran's flagging economy with "a combo of sanctions evasion and sanctions resilience", while helping it move up the manufacturing value chain.

Iran already sits atop the world's fourth-largest oil reserves and second-largest gas reserves but has been pushing private and state-owned companies away from simply extracting raw commodities and into refining products.

"When you have petrochemicals you can easily change the certificate of origin," Sarmad Afarinesh, CEO of Aarax Consulting in Tehran and a petrochemical exporter, told MEE. Unrefined crude oil is easier to track and often must be sent to specific refineries designed to process it.

In addition, pipelines or tankers are required to ship crude, but petrochemicals can be sent by truck and rail. Because of US sanctions prohibiting trade with Iran, much of Iran's business is facilitated by overland borders.

"It's like whack-a-mole trying to stop trucks full of petchem," Kevjn Lim, an Iran expert at S&P Global, told MEE.

Between 2018 and 2019, Iran exported $1.5bn in petrochemicals to Iraq and about $1bn each to India and Turkey, according to data published by the Iran Customs Organization.

Iran also gets more bang for its buck with petrochemicals. "It's a value-added product," Afarinesh added. "If oil is selling at $100 per barrel, petrochemicals start at $800 to $900."

As with sales of crude oil, China is Iran's main market. Beijing imported $5.6bn in petrochemical products between 2018 and 2019. The UAE, second globally, imported $2bn.

On Thursday, the US sanctioned five companies based in China for their alleged involvement in trading petroleum and petrochemicals with Iran. A network of companies in the United Arab Emirates, Hong Kong and India was also sanctioned.

The Biden administration has ramped up sanctions on Iran over the summer as prospects for a nuclear deal fade.

Chances of an immediate return to the agreement appeared to recede further in the past two weeks after Iran violently cracked down on protests over the death in police custody of 22-year-old Mahsa Amini, who was arrested by Iran's "morality police" for allegedly violating the country's law requiring women to cover their hair with a hijab, or headscarf.

'Deal or no deal'

Khajepour said that if nuclear talks fail, Iran's strategy will be to reduce the vulnerability of its exports to US sanctions by moving away from crude oil and condensate sales, further driving Tehran's shift to petrochemicals.

"The realisation is that it will be easier to export petrochemicals and petroleum products to neighbouring markets compared to crude and condensate to global markets," he said.

Lim, at S&P, said those moves would be in keeping with Tehran's plan to reduce its reliance on oil and gas revenues: "In the next five to 10 years, petrochemicals will see a bigger growth differential than upstream oil and gas."

"The growth of Iran's petrochemical industry is a result of an expectation that - deal or no deal - upstream oil and gas is not going to be coming back in the nature that you think it would," Behnam Ben Taleblu, senior researcher at the Foundation for Defense of Democracies, a Washington DC-based think-tank, told MEE.

The country is already coming under pressure. Oil prices have tumbled 30 percent from their highs earlier this year on the back of a slowing global economy and recession fears.

Iran is also facing competition from Russia. The expectations of many business and political leaders in Tehran that Iran would benefit from Russia's invasion of Ukraine, with a rise in oil and commodity prices, hasn't materialised. Quite the opposite, in fact.

Cut off from Europe because of sanctions, Russia has been forced to slash prices for its goods and is now competing with Iran in its traditional markets such as China and Central Asia, even as it looks to Tehran for military assistance in Ukraine.

"I definitely feel the competition with the Russians in the regional countries," Afarinesh said. "It's a price war."