Did Israel arm Rwanda during the 1994 genocide? 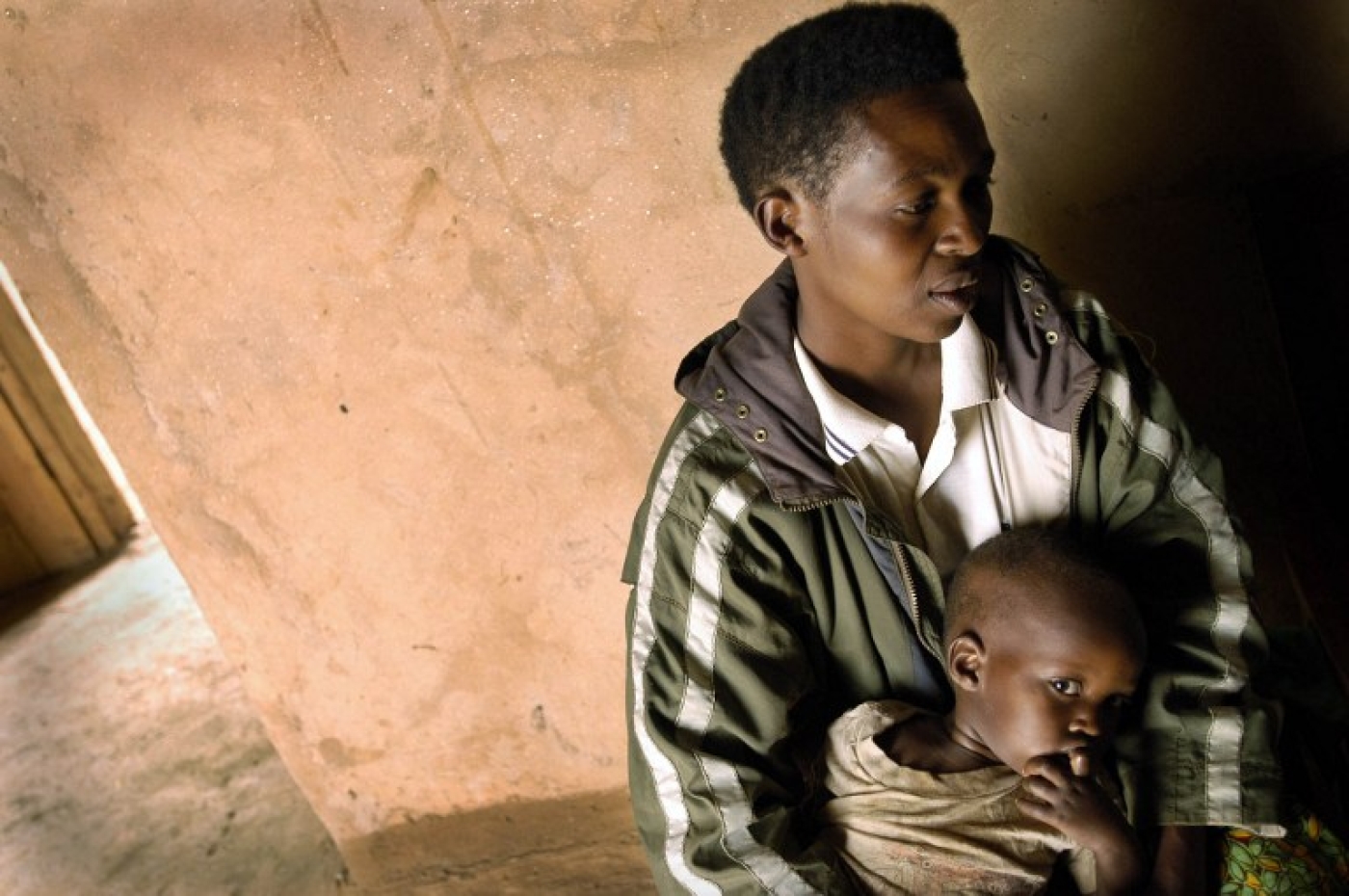 Consolata, a survivor of the Rwandan genocide, holds in her arms one of her neighbour's child, 26 Feb 2004 (AFP)
By
Michal Zak

According to UN officials, 800,000 men, women and children were massacred in Rwanda in the space of 100 days in 1994, the fastest genocide in human history. Several countries, including Albania and Uganda, provided arms to the Forces Armées Rwandaises (the former Rwandese Armed Forces) who perpetrated crimes against humanity during the genocide, despite a UN embargo on the sale of weapons to the central African nation.

In 2004, Yair Auron, an Israeli historian at Israel’s Open University, called for a probe into Israel’s arms sales to Rwanda during April of 1994. Auron, who has spent over 20 years researching Israeli attitudes towards the genocide of other peoples, claimed he had photographs and documents showing that Israeli arms dealers provided Rwandan forces with bullets, rifles and grenades captured from Egypt during the 1973 Arab-Israeli war. Israel has denied the claims.

In 2014 a request by Auron and human rights attorney Eitay Mack that Israel’s Ministry of Defence make public files on arms exports to Rwanda in 1994 was denied on the grounds that revealing the information might “harm Israel’s state security and foreign relations”.

Last week Auron told a district Tel Aviv court: “To send arms to a country where genocide is taking place is like sending arms to Nazi Germany during World War II. We provided arms to Serbia during the embargo, and we provided arms to the Rwandan government, which was committing murder.”

MEE’s Michal Zak spoke to Professor Auron about his ongoing investigation and the Israeli authorities' response.

When did you first think that Isreal had sold arms to Rwanda during the 1994 genocide?

I first heard it from an Israeli photographer. He was in Rwanda eight times and he saw the weapons. When I asked him if top leaders were involved in the arms deal, he said yes. When I said, that means [Yitzhak] Rabin and [Shimon] Peres, he told me: “You said it, I didn’t. And if you publish it anywhere, I will say that I don’t know you.” I started to look for more evidence. In our petition we rely, among other sources, on an Amnesty International report that was published in 1995.

The report gives details about the weapons that were loaded at Ben Gurion airport. The list included mostly small arms that Israel captured in the Arab-Israeli war in 1973, as well as Soviet and Chinese weapons that were loaded in Tirana, Albania. The arms were loaded in Israel and in Albania under the supervision of Israeli officers. Later on when attorney Mack and I prepared the petition we came across additional information that verified our suspicions.

To your knowledge, did the Israeli government know it was selling weapons that could be used in genocide?

There was tension in Rwanda as early as January of 1994. Several of the world's most powerful states imposed international arms control regulations and on May 17 1994 there was a UN embargo. Israel breached the embargo, as did Russia, Belgium, South Africa, France, Spain and others. Many of the planes that transported the shipments were British. The last license to export arms was issued by the Israeli Ministry of Defense in October 1993, about half a year before the massacres began.

But some of the shipments were sent between May and July (during the massacres). According to the documents of the Rwandan Ministry of Defence, seven shipments of light ammunition arrived from Israel via Albania between April and July of 1994 for use of the militias that committed the massacres.

What did you think would happen if you publicised Israel’s involvement in the genocide?

I was interviewed on the news on Israeli TV in 2004 on the tenth anniversary of the Rwandan genocide. The anchorman introduced the item using Holocaust terminology, which in Israel is rarely used to describe anything but the Holocaust. He said that when the genocide in Rwanda took place the “world was silent.” I added that Israel was part of the world that was silent, and that there are even claims that we supplied some of the weapons. I concluded the interview saying that if the claims are true, these are genocide crimes.

I was sure that by the time I got home from the studio I would be flooded with phone calls and emails from political figures and others who would be concerned, furious or sceptical about this revelation. But there was silence. No one reacted. I confront this kind of denial again and again from the most responsible, moral people. This includes academics, politicians and friends who say to me: “It is not possible…there could not have been arms sales.” Or I am told that I have “gone too far by accusing Rabin and Peres.”

What is your motivation - what do you hope to achieve?

We want to expose the sources that were connected to the sales because selling arms during an embargo is a crime against humanity. If the International Criminal Court was doing its job, it would have been possible to persecute Israel, France and others. We chose to petition the Israeli courts using the Freedom of Information law, giving every Israeli citizen and resident the right to obtain information from a public authority. Our motivation is moral. These actions are against international law and it is important to expose what happened. We are not so naive as to believe that we can stop arms sales completely.

Attorney Mack is determined to increase transparency and public supervision on arms sales which, needless to say, would be bad for business, harming Israel's economic interests and presumably explaining the state's resistance. He adds that if we want to prevent these evils in the future we need to expose and confront dark chapters of our past. His aim is to make sure that the law concerning supervision on arms sales is implemented. The law forbids arms sales to countries with an arms embargo. In addition he is advocating a new law that will forbid Israel to sell arms to countries with massive human rights violations. 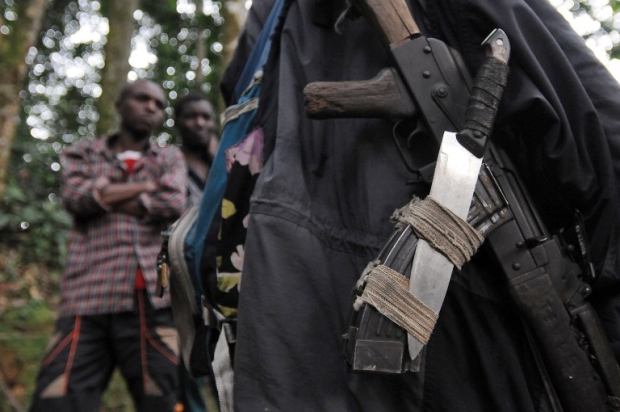 Can you elaborate on Israel's involvement in Serbia?

Israel sold weapons to Serbia during the civil war (1991-1995), after the UN embargo was declared in 1991. In 1992, while Milosevic was being described by many as the new Hitler of Europe, Israel opened an embassy in Serbia. Acts committed by the Serbs during the war were later defined as genocide and ethnic cleansing. When the prime minister of Serbia visited Israel in 2014, both the Serbian and the Israeli leaders failed to mention this dark chapter in their relations, as if it had never happened. We are petitioning the state in this case as well. We want the dates, details, documents and names of people who were involved. We know that very high officials were involved.

Do you think that speaking up now can decrease future killing?

Since 2012 Israel sold billions of dollars worth of arms to Azerbaijan, even though there is an EU and a de facto US embargo on Azerbaijan. There are close relations between the two countries. Azerbaijan supplies 40 percent of Israel’s oil and is eager to buy its military technologies. Israel justifies arming Azerbaijan because it borders Iran and there is military “logic” to having a strong ally on the border with Iran. But at the same time Azeri officials are saying openly that these arms are required for potential use against Armenia in their effort to regain the “occupied lands” taken by Armenia in the war over Nagorno-Karabakh. In 2014 the Azeri president tweeted (!) that the Armenians are barbaric, that Azeris need to regain all the territories, and that they are ready for battle since they acquired the necessary weapons. So the real danger is that these weapons may encourage the Azeri government to start a conflict with Armenia. As a result of the incitement, Auron and Mack call upon the Israeli Ministry of Defence to freeze export licenses to Azerbaijan.

It is not easy to take your own country to court. Can you elaborate on your reason for trying?

For over 25 years I have been researching the attitude of Israel toward genocide of other peoples. I see it as crucial to teach other genocides and I hope that Israel will acknowledge the Armenian genocide despite diplomatic pressure from Turkey. It is important to me to challenge the academic and popular discourse that differentiates the Holocaust from other genocides. I am appalled by cynical use of the Holocaust. For example, going back to Rwanda, in 1994 when the genocide began the government of Israel issued a statement that the Jewish people, who were victims themselves, cannot remain indifferent to such atrocities. This statement was issued after the shipment of weapons was already on its way! I see this struggle as a mission. My motivation is the Holocaust, but my commitment is to the truth. We must never manipulate our memory of the Holocaust victims. It is hard for me to say this, but I believe that what I have described here is a desecration of this memory. Inside Israel
Asylum seekers seek more than asylum in Israel