At least 61 people have been killed in the air strikes, believed to be Russian, according to war monitor 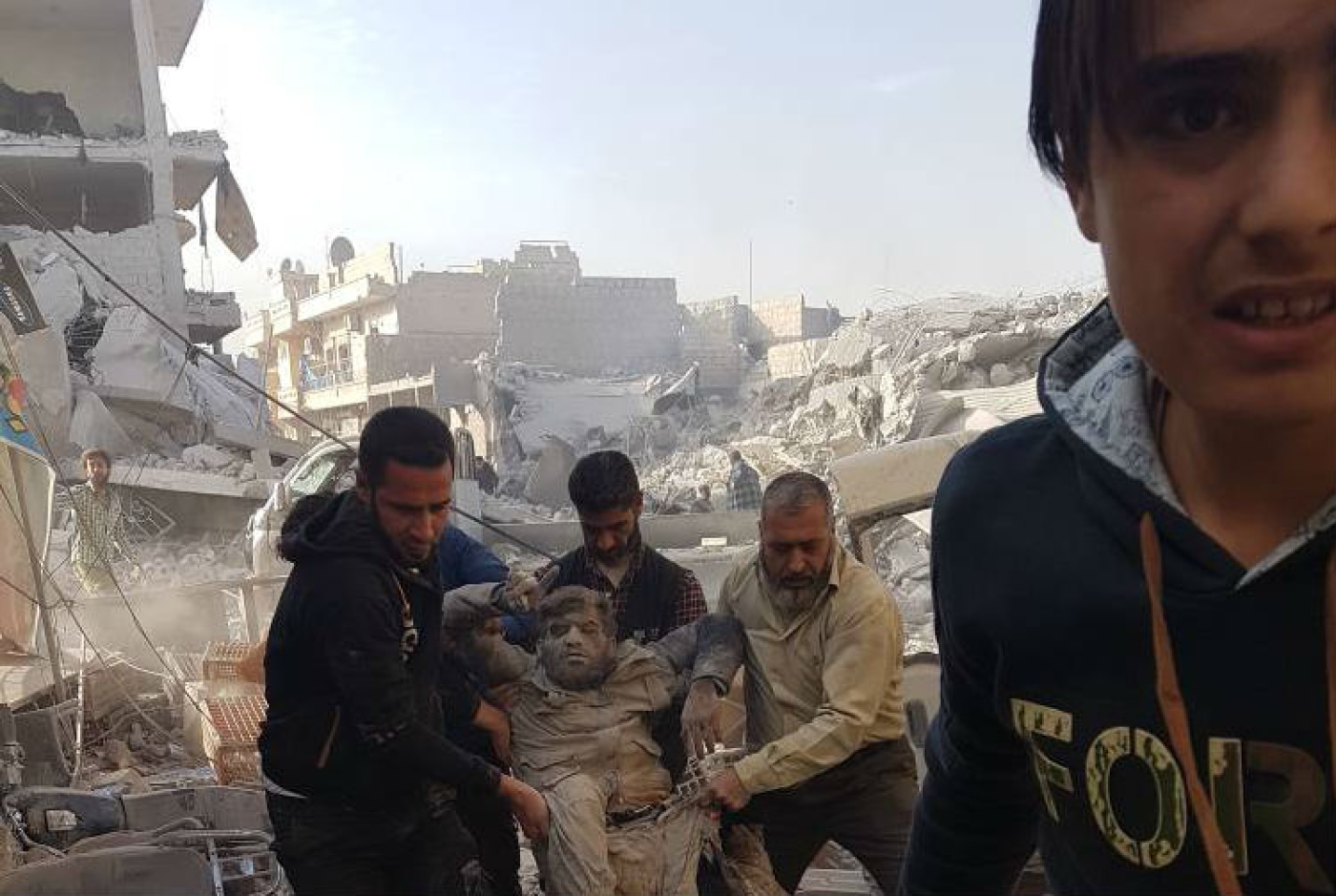 At least 61 Syrian civilians have been killed after air strikes, believed to be Russian, hit a popular market in the Aleppo countryside on Monday, activists reported.

Several missiles hit the town of Atarib, despite it falling within a "de-escalation" zone.

"A number of people died of their wounds, bringing the toll to 61 people, including five children and three policemen," the Syrian Observatory for Human Rights said on Tuesday.

Abdulkafi Alhamdo, who had just been at the market with his daughter, returned to the scene after the aerial attack, in the town of Atarib.

“A whole market now is not on this earth. It was a market of life. I was there one hour ago with my daughter… hundreds of people were in the market, and now it is totally destroyed,” he said.

“Many are under the rubble. It’s just a massacre,” he added.

Graphic video shared by activists showed bodies crushed under the rubble, with limbs destroyed. A child, his face covered in blood, walks in a daze through the scene.

Fayyad Akoush, a law student from Atarib, was at the market when the bombs fell.

There was fire everywhere, houses and shops are destroyed, and the bodies of people were flying

“There was fire everywhere, houses and shops are destroyed, and the bodies of people were flying,” he told MEE.

"I saw women and children die," he said.

The Syrian Network for Human Rights reported that four missiles, suspected to be Russian, struck the market, "causing a massacre".

But the Observatory said it was not immediately clear whether the strikes on the rebel-held town had been carried out by Syrian warplanes, or those of Damascus's ally Russia.

There have also been reports of air strikes in the besieged eastern Ghouta region outside of Damascus.

Atarib, in the west of Aleppo province, is in an area that is part of a "de-escalation zone" agreed under a deal earlier this year between Syria's allies Russia and Iran, and rebel-backer Turkey.

The zone mostly covers neighbouring Idlib province, which is largely held by opposition forces and a group formerly affiliated with al-Qaeda.

Despite the government's recapture of Aleppo city late last year, rebel groups maintain a presence in the west of the province.