As the conservative cleric prepares to take power, his past comments offer a glimpse of his likely direction 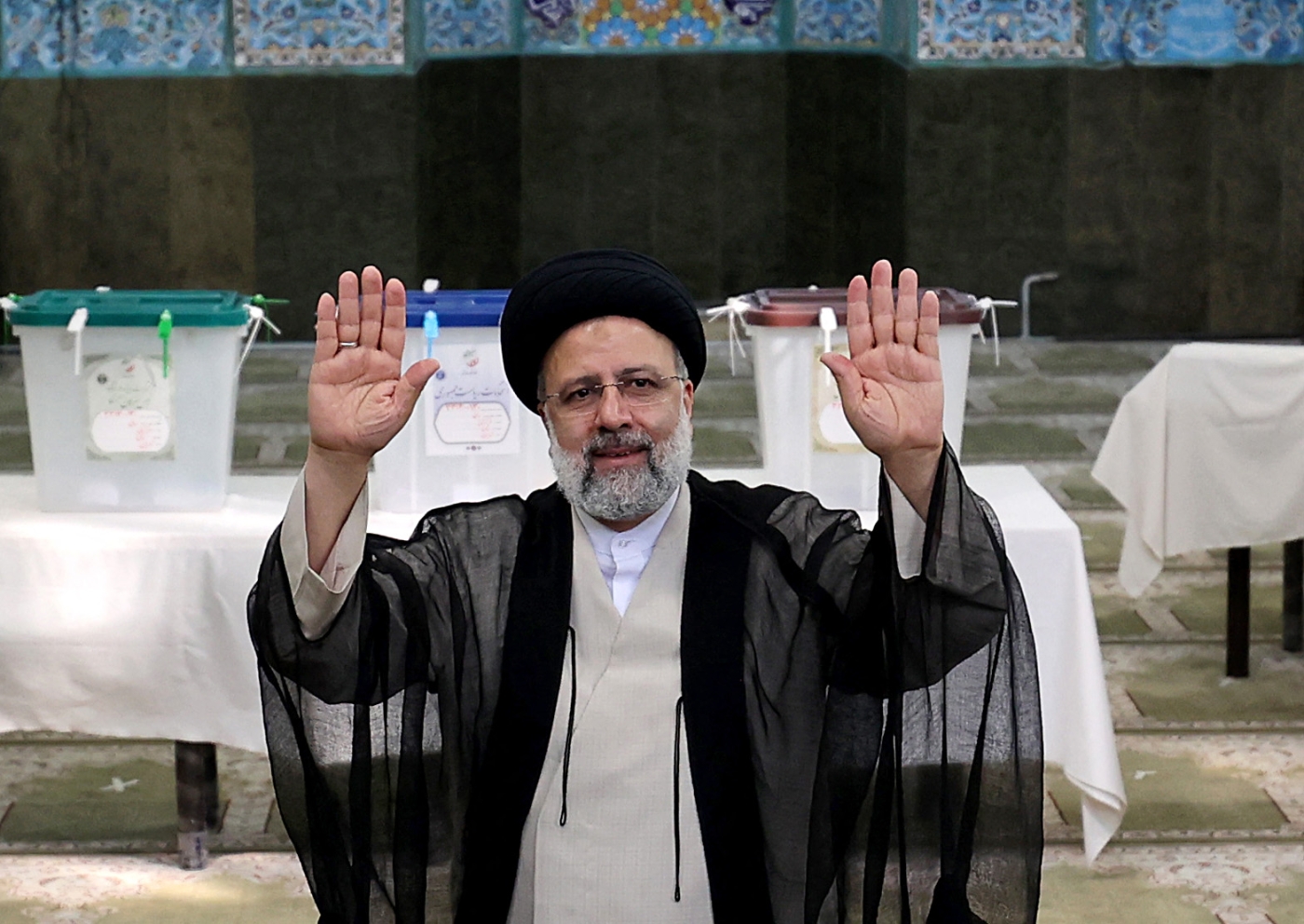 Following Friday's election, cleric Ebrahim Raisi is set to become the next president of Iran, a result that will please conservatives and dismay the reformist camp.

After eight years of President Hassan Rouhani, who was mainly put in power by reformist voters eager for change, Raisi's victory appears to put power firmly back in the hands of staunch opponents of social reform and reviving ties with the West.

Raisi was elected president with 61.95 percent of the vote, according to figures released by Interior Minister Aboldreza Rahmani Fazli. The three other candidates had conceded defeat earlier on Saturday.

Voter turnout was 48.8 percent of the more than 59 million eligible voters, the minister said, a record low for a presidential election in the Islamic Republic.

"I congratulate the people on their choice," said Rouhani, who has served the maximum of two consecutive four-year terms and leaves office in August.

Though it remains to be seen whether he will live up to his hardliner reputation, Raisi's past comments on a range of issues can give an idea about what the world can expect.

Middle East Eye takes a look at some of his more memorable and controversial statements over the years.

Raisi is perhaps most notorious for his involvement in the mass execution of dissidents in Iranian prisons in 1988, towards the end of the Iran-Iraq war. Thousands of leftists, many of them members of the Mojahedin e-Khalq (MEK) but also many communists, were killed after the executions were signed off by a commission that included Raisi, then deputy prosecutor general.

'It’s my honour that I fought against hypocrisy'

In 2018, Raisi defended his involvement in the executions, saying they were fair and necessary to tackle attacks by the MEK and others on supporters of the 1979 Islamic revolution:

"In Tehran, there were 100 to 120 assassinations a day on the revolutionary forces and everyone who took a picture of [Khomenei] in the shop, to the president, the prime minister, the head of the Supreme Court and so on... it’s my honour that I fought against hypocrisy,” he said, using a term commonly used against opponents of the Islamic Republic.

Raisi has defended rules imposed by the Iranian government to limit interactions between men and women in public spaces, a particular point of controversy for reformists.

In comments picked up by the Iranian Students' News Agency in 2014, he argued that segregation would actually benefit women:

"Preventing the mixing of men and women in the office environment is in order for men and women to be able to provide better services to the people, and this is a good move to create a suitable working environment and effort for women," he said.

"This is completely defensible and the first defenders will be women."

No compromise with Israel

Any chances of changing relations between Iran and Israel are seemingly off the table with Raisi in power. Speaking in May 2021 during the Israeli bombardment of Gaza, he praised Hamas for fighting against Israel and called for the liberation of Jerusalem (Quds) from Israeli control:

"The heroic resistance of Palestine once again forced the occupying Zionist regime to retreat and take another step towards the lofty ideal of liberating Holy Quds," he said.

"The Palestinian resistance in Gaza and the Palestinian youth have been able to bring great victory to the Muslim and Arab ummah, bring honour to the Muslims and freedom seekers of the world, and compromising governments that have been competing for some time to normalise relations with the Israeli child-killing regime and make them more ashamed."

In an attempt to tackle Iran's financial woes, Raisi has in the past called for the cultivation of a self-sufficient "resistance economy" and said more focus should be placed on agriculture rather than securing western investment.

"I see the activation of a resistance economy as the only way to end poverty and deprivation in the country," he said, speaking during the 2017 presidential election campaigns.

In the more recent campaign, he added that it would be wrong to blame all of Iran's economic woes on the sanctions imposed on the country by the US.

"Inflation is one of the serious problems people are facing today. The price of basic products has gone up considerably," he said.

He compared officials blaming all problems on the US to "a goalkeeper who lets in 17 goals… and then says 'Without me it would have been 30 goals!'"

Raisi has promised to commit to the 2015 deal with western powers that would see Iran limit its nuclear capabilities in exchange for a lifting of sanctions.

"We will be committed to the JCPOA as an agreement that was approved by the supreme leader," Raisi said during a debate on 12 June.

"The nuclear deal should be implemented by a strong government, you cannot execute it," he added, referring to his opponent, Abdolnaser Hemmati.

He said in a separate interview with state TV, however, that his foreign policy would "put national interests first" and that he believed that "oppressive sanctions must be lifted and no effort should be spared [in that regard]". 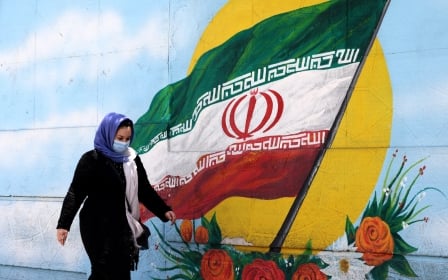 Inside Iran
'No way I will vote': Iranians plan election boycott over lack of choice 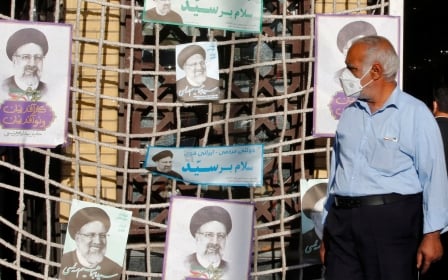