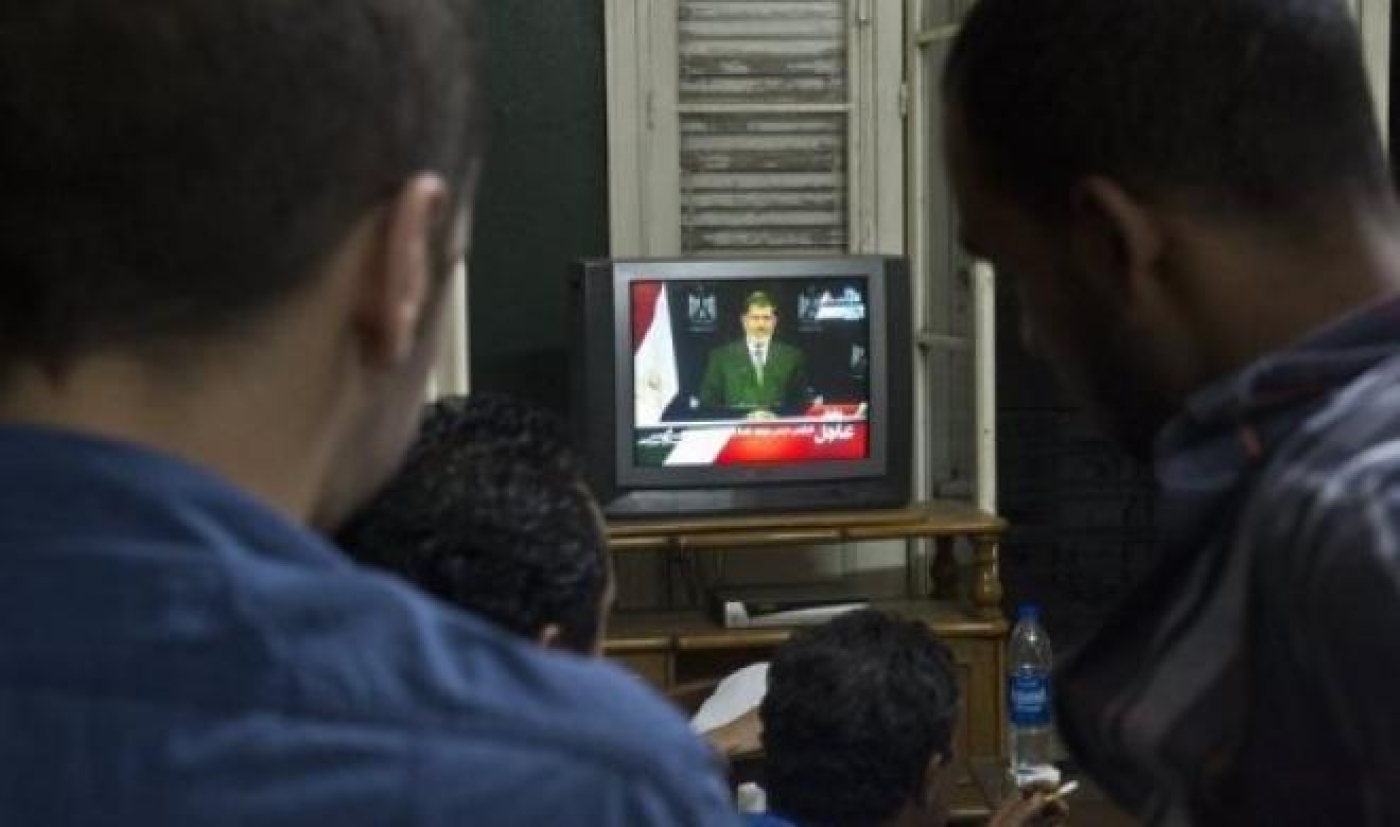 Egypt's Prime Minister asked France to close an opposition news channel during a two-day state visit to Paris this week.

Ibrahim Mahlab met with the head of France’s regulatory authority on Tuesday, and asked that France shut down a satellite channel known for its support for the Muslim Brotherhood, Egyptian news site al-Youm al-Sabie reported.

El-Sharq is owned by Basim al-Khafagy, a politician and member of the Brotherhood, which has been banned in Egypt as a terrorist organisation since late 2013.

The Egyptian channel is transmitted via French satellite company Eutelsat, which has its headquarters in Paris.

During his meeting in the capital on Tuesday, Mahlab thanked French authorities for closing another Brotherhood-linked channel, Rabaa, which was also transmitted by Eutelsat.

“We must thank the council for accepting our request to close the private Rabaa channel, which broadcast anti-state programmes,” Mahlab told the French officials.

Rabaa was ruled “biased” by an Egyptian court in September 2014, which found it guilty of “inciting against national security”. Since then Egyptian authorities had worked to get it deleted by Eutelsat, which comes under the remit of the High Audio-visual Council.

On Tuesday Mahlab urged the council to take action against el-Sharq, which he said was “no different” from Rabaa in terms of its “orientation and its provocative messages”.

Despite being dropped by the French company last month, Rabaa is still broadcasting online under a different name.

France and Egypt enjoy positive diplomatic relations, with France signing a deal to export $6 billion in military hardware to the North African nation in February.

A third pro-Brotherhood satellite channel said on Wednesday that the son of one of its presenters had been sentenced to three years in prison with hard labour.

Hamza al-Zawba, a leading figure in the Brotherhood, presents a programme on the Turkey-based Mekelemeen channel, which has broadcast a series of purported leaks alleging that Egyptian President Abdel Fattah al-Sisi embezzled Gulf funds meant to prop up the country’s ailing economy.

Two of Zawba’s sons were arrested during a pro-Brotherhood march in the capital Cairo last month and later charged with protesting without a permit and blocking roads.

Hudhayfa Zawba, the older of the pair, was sentenced to three years in prison – his younger brother Mohammed will be tried by the children’s court on 17 May, as he is a minor under Egyptian law.

Mahlab’s bid to shut down el-Sharq comes amid reports that normally pro-government Egyptian newspapers have begun to be more outspoken in their criticism of the country’s rulers.

Al-Bursa, which focuses on the economy, recently ran an article with the headline “Why is the government moving at the speed of a turtle?”, questioning the slow pace of fiscal reform despite promises of huge new development projects.

Al-Dostor, which usually supports the government and takes a strongly anti-Brotherhood stance, recently ran a series of stories alleging a string of human rights violations by police.

Al-Dostor’s Hussein Abdel Halim, who supervised the publication of an article alleging routine sexual harassment by police at checkpoints, was arrested over charges dating back to 2003 after the series began to run.

The shooting dead by police of an unarmed female protester ahead of celebrations of the 2011 revolution in January prompted rare condemnation by the state-owned al-Ahram, whose editor directly blamed President Sisi for the death.