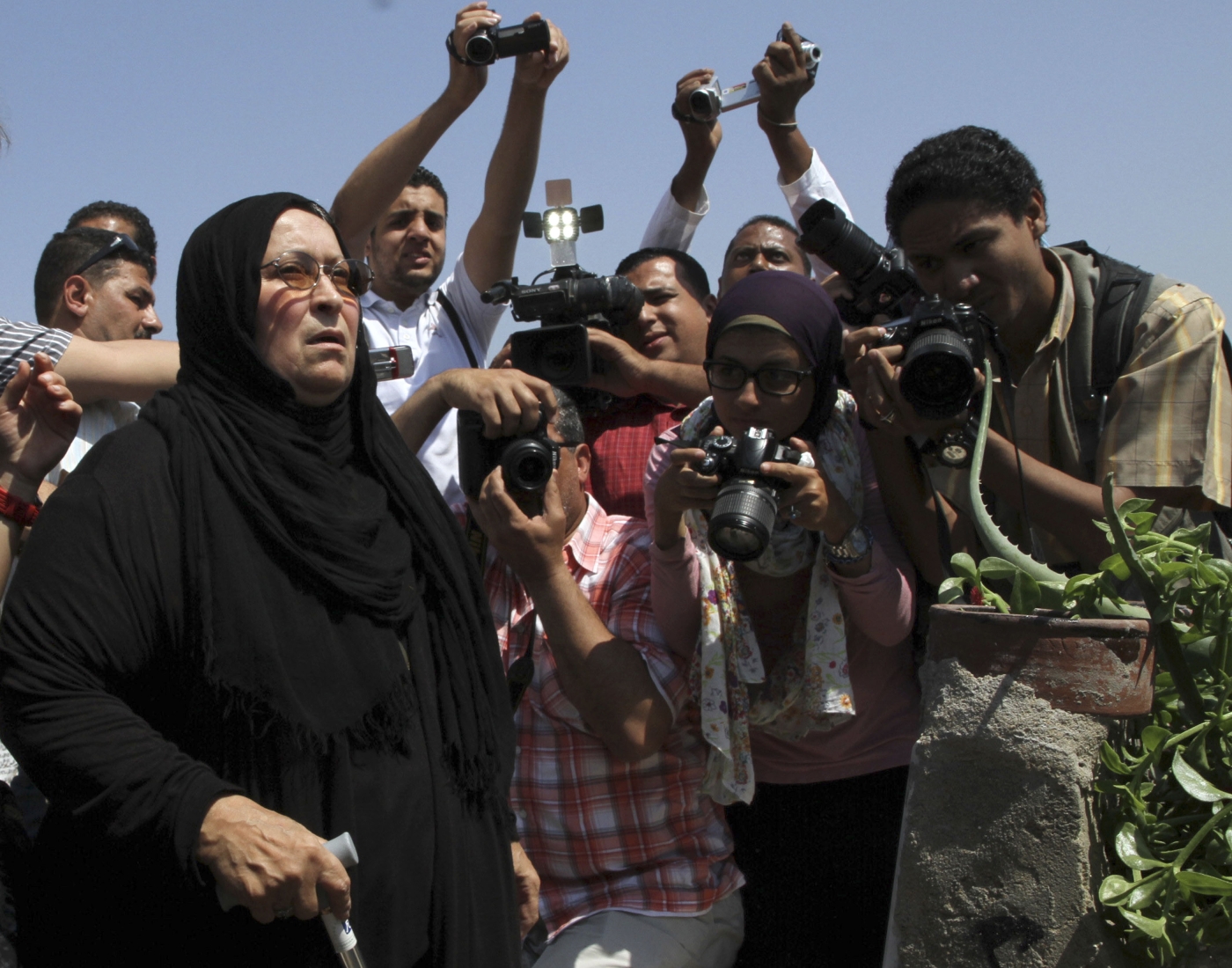 Laila Marzouk, left, visiting her son Khaled Saeed's grave on the second anniversary of his death in June 2012 (Reuters)
By
MEE staff

Egyptian security services banned a memorial service in Cairo on Wednesday for Laila Marzouk, the mother of an Egyptian whose death and torture at the hands of Egyptian police was one of the main triggers of the 2011 revolution.

Marzouk died on Sunday in the US after a battle with cancer and was buried in Philadelphia, according to her family.

Marzouk’s daughter, Zahraa Saeed, said on Facebook on Wednesday that security agencies had cancelled a symbolic funeral organised by friends and supporters of her mother in Omar Makram mosque in Tahrir Square.

She did not elaborate why the event was cancelled.

The murder of Khaled Saeed in 2010 helped ignite the January 2011 revolution against Hosni Mubarak’s authoritarian rule.

Saeed, 28, is possibly one of the most famous torture victims in Egypt’s history. He was tortured to death by two police officers in Alexandria on 6 June 2010, his murder is believed to be in retaliation for a video he posted online showing officers distributing loot and drugs seized during police raids among themselves.

Its administrators chose 25 January as the date of the protest that marked the beginning of the Egyptian revolution because of its symbolism as National Police Day in Egypt.

Following Saeed’s death, Laila Marzouk led efforts to prosecute his killers despite initial attempts by the Interior Ministry to exonerate them.

Her activism earned her the support of some prominent Egyptian opposition leaders at the time, including Mohamed ElBaradei and Ayman Nour.

“I feel your pain, just like I suffer every day until now for my son Khaled,” she said in a video message to Regeni’s family on YouTube.