Egypt's top appeals court upheld on Saturday a 15-year prison sentence for a leading figure of the country's 2011 uprising, according to a judicial source.

Ahmed Douma, who has been imprisoned since 2013, was swept up in a crackdown following the military ousting that year of Mohamed Morsi, Egypt’s first and only democratically elected president.

Douma, 34, received a 25-year prison sentence in 2015 on charges of clashing with security forces, but a court overturned the ruling in 2017 and ordered a retrial. Saturday's verdict by the court of cassation upheld that sentence, which "is now final and cannot be appealed", the judicial source told AFP.

Douma was a leading activist in the 2011 uprising that toppled former president Hosni Mubarak and was a founding member of the 6 April pro-democracy youth movement, which was nominated for the Nobel Peace Prize that same year.

Amnesty International last year said that the country under Sisi, who led the coup against Morsi, had been converted “into an open-air prison for critics".

Douma appeared in a video in April as Egypt revealed that it was testing inmates at all its prisons for the coronavirus, releasing rare footage of prominent political prisoners in the process. 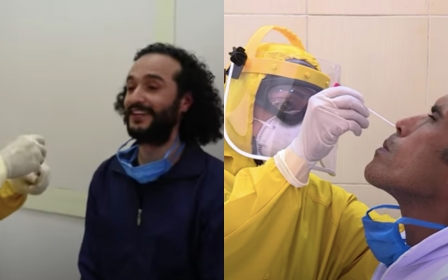