Rights groups and the UN have condemned the trial for the 2013 incident, which has been labelled 'unfair' 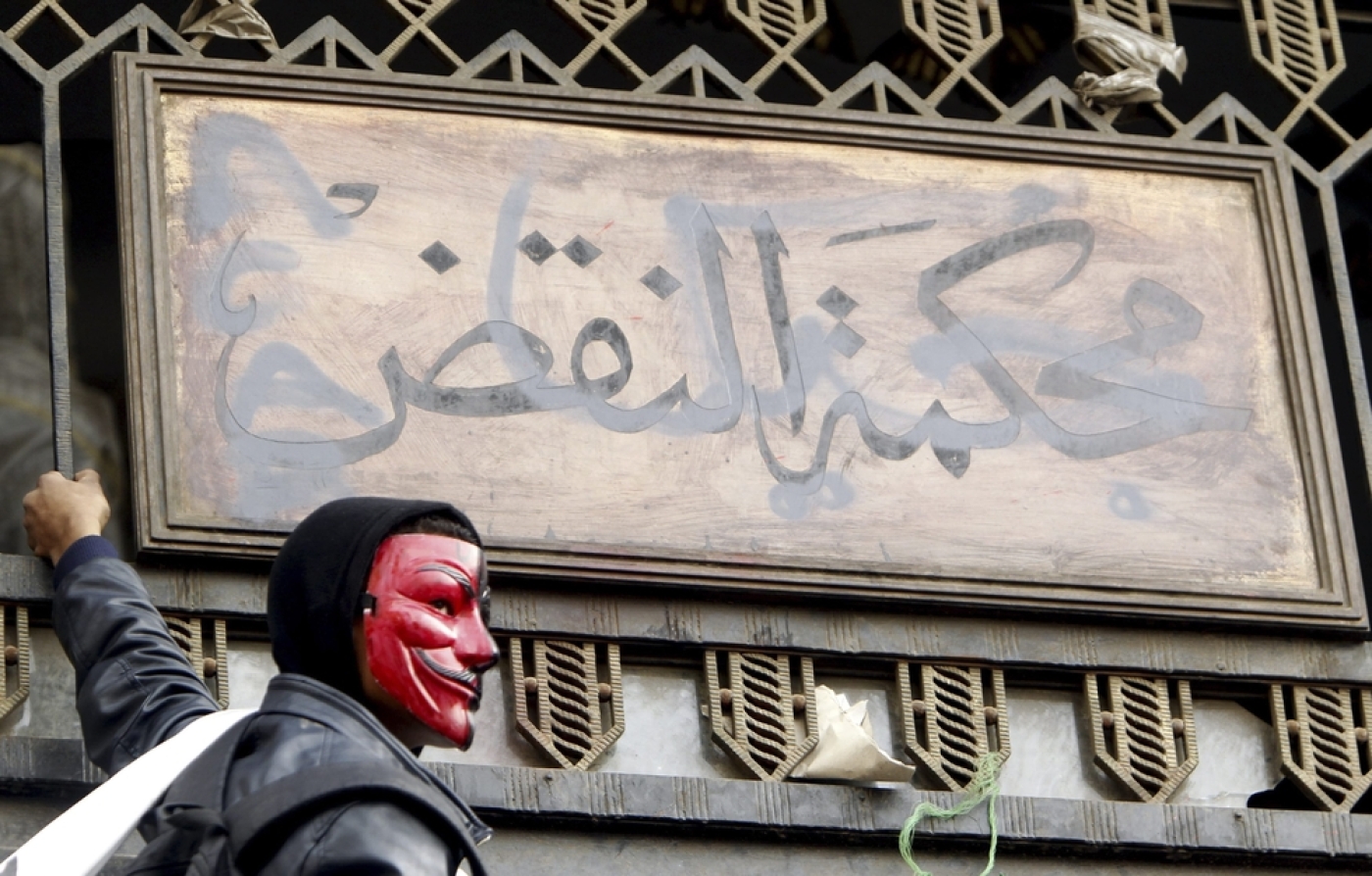 Egypt's Court of Cassation. (Reuters)
By
MEE and agencies

The Egyptian Court of Cassation upheld the death penalty for 20 men on Monday on charges of killing 13 police officers in the violence that followed the 2013 military coup.

Its verdict also included upholding life sentences for 80 people, including one woman, on the same charges.

The case relates to events commonly known as "the Kersada Massacre", when a group of protesters stormed the Kersada police station in Giza governorate in August 2013.

Demonstrators gathered at the Kersada police station on 14 August as news that Egyptian security forces had begun to fire on protestors in Cairo's Rabaa al-Adawiya Square began to disseminate.

Shots were fired from both sides of the police station standoff, leaving 13 policemen dead and a similar number on the other side.

The defendants were originally found guilty of storming the police station in December 2014, a verdict that has been appealed twice. The Court of Cassation's verdict is final and cannot be appealed.

“The execution of 20 people is imminent if President Abdel-Fattah el-Sisi does not repeal the verdict,” Ahmed Attar, a human rights researcher at the Egyptian Coordination for Rights and Freedoms (ECRF), told Middle East Eye.

Sisi - who led the military coup that toppled President Mohammed Morsi, later becoming president himself - now has two weeks in which he can approve, reject, or reduce the penalty, Attar said.

Monday’s verdicts bring the total number of political prisoners on death row in Egypt to 57, according to the latest tally by the ECRF.

Human Rights Watch (HRW) condemned the case from its outset, describing it as a mass trial that lacked the requirements of a fair trial.

“Mass death sentences are fast losing Egypt’s judiciary whatever reputation for independence it once had,” Sarah Leah Whitson, HRW's Middle East and North Africa director, said when the verdict was handed out in 2014.

“Instead of weighing the evidence against each person, judges are convicting defendants en masse without regard for fair trial standards.”

The 2013 Kerdasa violence was just one of a series of massacres committed on that day.

On 14 August, 2013, one of the bloodiest days in Egypt's modern history, police moved to disperse the sprawling protest camp at Rabaa al-Adawiya Square a month after the army deposed the democratically elected Morsi.

More than 800 people were killed within hours at Rabaa al-Adawiya and Nahda Square, also in Cairo, where another sit-in was being held.

"Despite the huge death toll, no state security personnel have ever been charged in relation to the so-called Rabaa Massacre," Bachelet said. "Justice must apply to all, no one should be immune.”

On 3 July, the Egyptian parliament approved legislation that grants what it termed “senior army officers” exemption from prosecution for any acts committed during the transition period that followed the July 2013 military coup.