Covid-19: Scholars say having vaccine is religious duty for Egyptians

Arrival of first shipment of vaccine from China has raised religious, political and public debate in the country 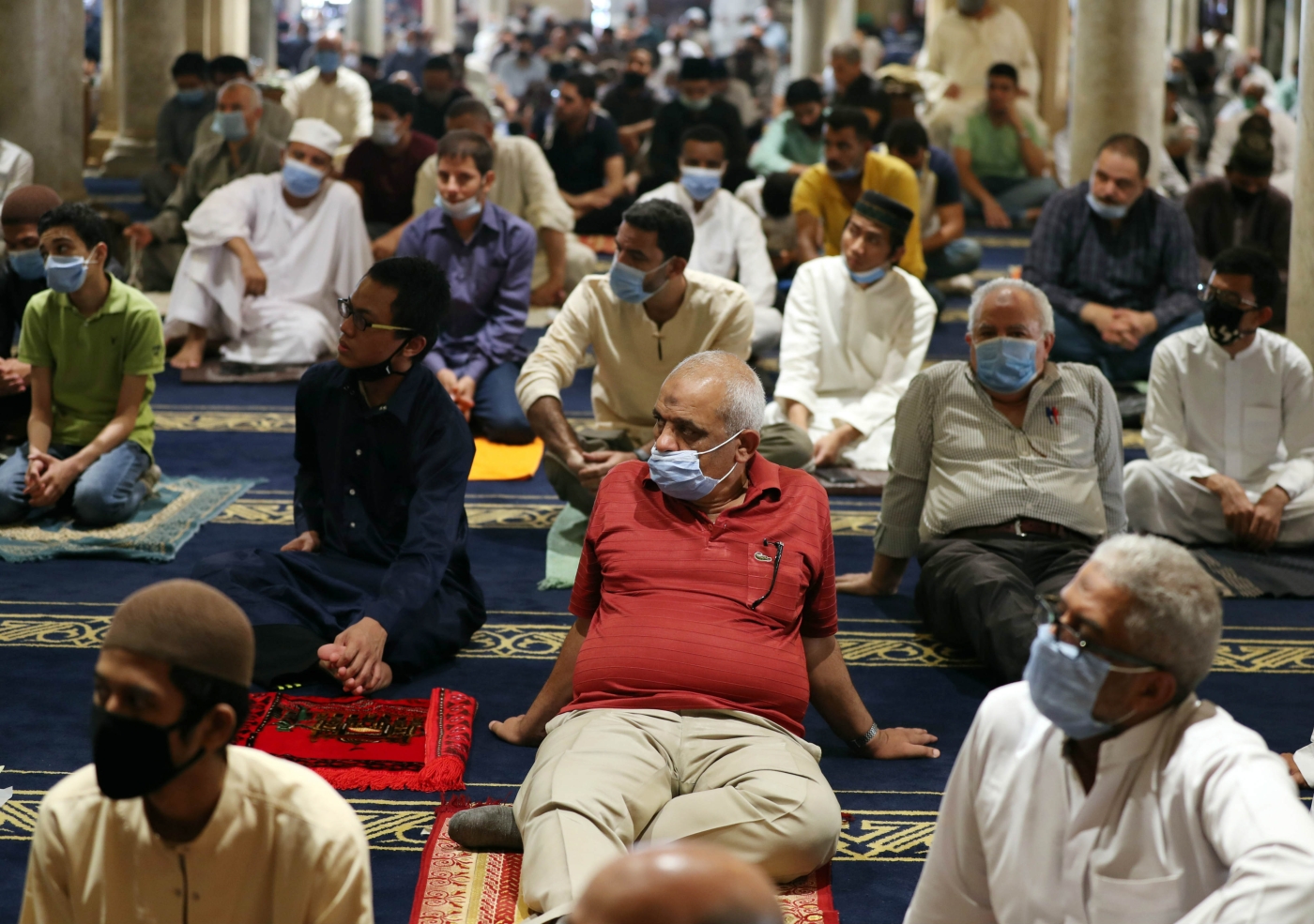 Egypt's religious establishment has stepped into the heated debate over Covid-19 vaccines, urging the public to get inoculated and follow instructions from state authorities.

Dar al-Iftaa, the religious authority responsible for issuing fatwas (religious edicts), has said taking the vaccines is a religious duty for all people living in the country.

"It is necessary for everyone to take the vaccines so that we can overcome the Covid-19 crisis," Sheikh Khaled Omran, the Dar al-Iftaa secretary, said on Saturday. 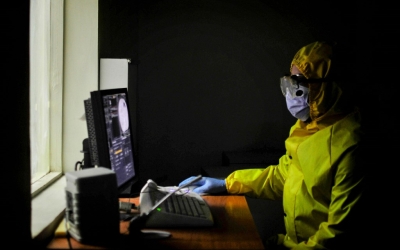 Egypt received its first shipment of the Chinese Sinopharm vaccine last week, becoming the first African and the second Arab country, after the United Arab Emirates, to receive the vaccine.

The shipment contained 50,000 doses and Dar al-Iftaa's call comes amid much debate as to how safe the vaccine is.

Health authorities have ruled the vaccine will first be distributed to frontline healthcare workers, especially those at isolation hospitals.

These will be followed by senior citizens, especially those with chronic diseases.

Other shipments of the vaccine are set to arrive in preparation for a mass-immunisation of the public at large, the biggest such campaign in Egyptian medical history.

Egypt has also previously said it will buy between 20 and 30 percent of its Covid-19 vaccine needs from the US pharmaceutical giant Pfizer.

On 11 December, the day after the Chinese shipment arrived, Egyptian President Abdel Fattah el-Sisi ordered the Covid-19 vaccines to be distributed free of charge.

Egypt had participated in Sinopharm's clinical trials, with Minister of Health Hala Zayed one of those who volunteered to take part.

Dar al-Iftaa sanctioned the trials when they took place in September, with religious scholars stating that state authorities cannot contain the disease if members of the public are not vaccinated.

'People are under no religious obligation to be immunised, but this immunisation is important for the public good'

"People are under no religious obligation to be immunised, but this immunisation is important for the public good, especially if the vaccines are safe," Hamed Abu Taleb, a senior scholar of al-Azhar and a former dean of the Faculty of Sharia and Law at the Cairo university, told Middle East Eye.

The vaccination programme comes as Egypt struggles to contain a pandemic that has so far claimed the lives of close to 7,000 people.

Health authorities and the media have repeatedly advised the public to abide by prevention guidelines, including physical distancing and the wearing of facemasks.

However, daily infections and deaths have been rising steadily for the last two weeks and there are fears that the daily rate of infections, now at more than 500, could soon triple.

Earlier this month, cabinet spokesman Nader Saad said the second wave of the coronavirus could be more lethal than the first, which hit between March and June.

Memories are still fresh of how badly the economy suffered during the first wave, with the tourism sector shuttered, a sizeable number of factories closed down and the negative effect on industrial exports.

Now there is concern that another potential lockdown could increase the economic suffering of already struggling Egyptians.

'All the vaccines have not been tested enough'

While there is hope the vaccines can eventually bring back normality, many ordinary Egyptians and experts have voiced concerns over the new treatments.

Behind these fears, some health specialists say, is a lack of sufficient evidence that the new vaccines are efficient and safe. 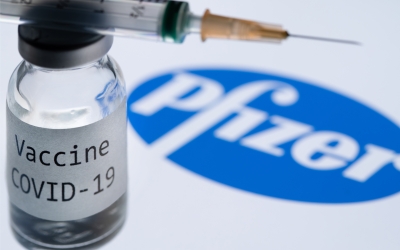 Covid-19 vaccine: How the Middle East and North Africa is preparing
Read More »

"All the vaccines available have not been tested enough," leading gastroenterologist Ashraf Omar told MEE. "This is why there are fears from side effects in the long run."

On the streets of Cairo and other Egyptian cities, these fears are palpable.

Some Egyptians say they are afraid to take the new vaccines, lest they should pose health dangers to them.

"The problem is that people like me do not have enough information about these new vaccines," Tarek Yahia, a civil servant in his early forties, told MEE.

"I think it is better for us to follow prevention guidelines until these vaccines prove their efficacy and safety somewhere else."

In response, health officials argue that specialised health agencies have made thorough studies of the available vaccines.

"The Chinese vaccine is totally safe, having received emergency approval from the World Health Organisation," Ayman Abulela, a member of the committee on health at the House of Deputies (lower chamber of parliament) told MEE.

"A scientific panel of the Ministry of Health also approved it after ensuring its success during its clinical trials here."

Meanwhile, the argument over the Chinese vaccine has also taken on a political dimension, with Egyptian media accusing the opposition, especially the television channels of the Muslim Brotherhood, of being behind the campaign against this vaccine.

Some media hosts claim the talk against the Chinese vaccine aims to sabotage national efforts to contain the coronavirus.

The challenges, both logistical and financial, in bringing the required vaccines to Egypt's population of around 100 million, are immense.

Those who want to be inoculated have to submit a request through a website, to be launched soon by the Ministry of Health.

The vaccines are not obligatory, but if the whole population is inoculated, Egypt will need around 200m doses.

"Some of the new vaccines also need special infrastructure, including very low temperatures for storage," Osama Abdel Hay, the secretary-general of the Medical Association, the independent guild of the nation's medical doctors, told MEE.

"This will not be an easy thing to make available." 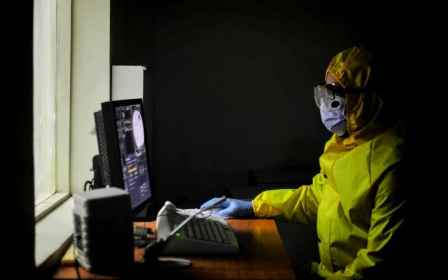 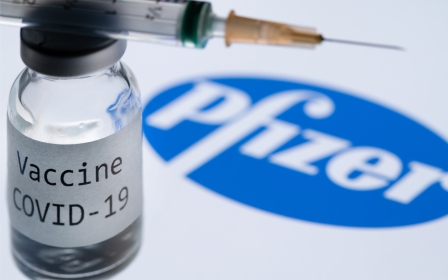 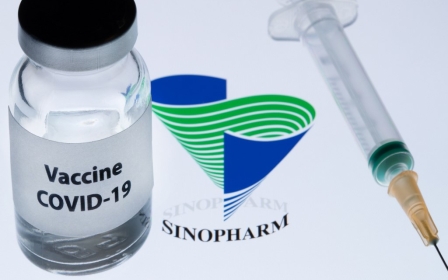