Egypt will host the African Cup of Nations in June this year, the Confederation of African Football said on Tuesday.

The announcement at a meeting of CAF's exercutive committee in Dakar, Senegal, came after Cameroon was stripped of hosting duties in November because of delays in its preparations.

The revamped continental tournament will take place between 15 June and 13 July, the first time it has been held in the European offseason.

The tournament, which has previously taken place earlier in the year, has also been extended from 16 teams to 24 teams.

Matches will be played at three stadiums in Cairo, two in Alexandria and Ismailia, Port Said and Suez.

Egypt are the most successful country in African Cup of Nations history, winning the tournament seven times, most recently in 2010.

The Pharaohs, whose star player is Liverpool's Mohamed Salah, were beaten 2-1 by Cameroon in the final of the last edition in Gabon in 2017.

Mohamed Salah is the African Player of the Year 2018. For the second time in a row #AiteoCAFAwards18 pic.twitter.com/iLKIFDnZqB

Later on Tuesday, Salah was named by CAF as the African Footballer of the Year for the second consecutive year in recognition of his goalscoring exploits which helped Liverpool reach the final of the Champions League and saw him finish the season as the Premier League's top scorer.

The hosts will also be looking to improve on a disappointing performance at the 2019 World Cup at which they lost all three of their matches, including against Saudi Arabia.

The announcement comes despite the Egyptian government of President Abdel Fattah el-Sisi being the focus of continuing human rights concerns.

On Monday Human Rights Watch called on the government to reveal details about the number of political detainees being held after Sisi said in a television interview with CBS that there were no political prisoners in the country.

Michael Page, deputy Middle East and North Africa director at HRW, said that claim was "laughable". HRW estimates that about 60,000 people have been arrested in Egypt on political grounds.

Footballers and fans caught up in crackdown

Footballers have also been caught up in the crackdown on political opposition since the 2013 coup that brought Sisi to power.

Mohamed Aboutrika, who is widely considered to be the greatest Egyptian player of all time, is currently living in exile in Qatar after being added to a state terrorism list, along with hundreds of others, over accusations that he funded the banned Muslim Brotherhood.

Football supporters have also been tightly controlled in Egypt since the 2011 revolution in which the so-called "ultra" supporters of the country's top clubs, Al-Ahly and Zamalek, were seen as playing a leading role in the protests that led to the fall of Hosni Mubarak.

Fans were banned from attending domestic league matches after 74 people were killed and hundreds injured in clashes between supporters of Al-Ahly and Al-Masry in 2012.

Eleven people were sentenced to death over the clashes.

Al-Ahly fans accused Al-Masry fans of attacking them, and accused police of mishandling the situation by leaving exit gates locked and causing a deadly crush among panicked fans.

The ban was partially lifted last year, but only fans whose names have been vetted by the Egyptian security services are allowed to attend matches. 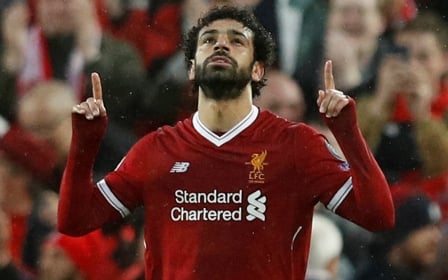