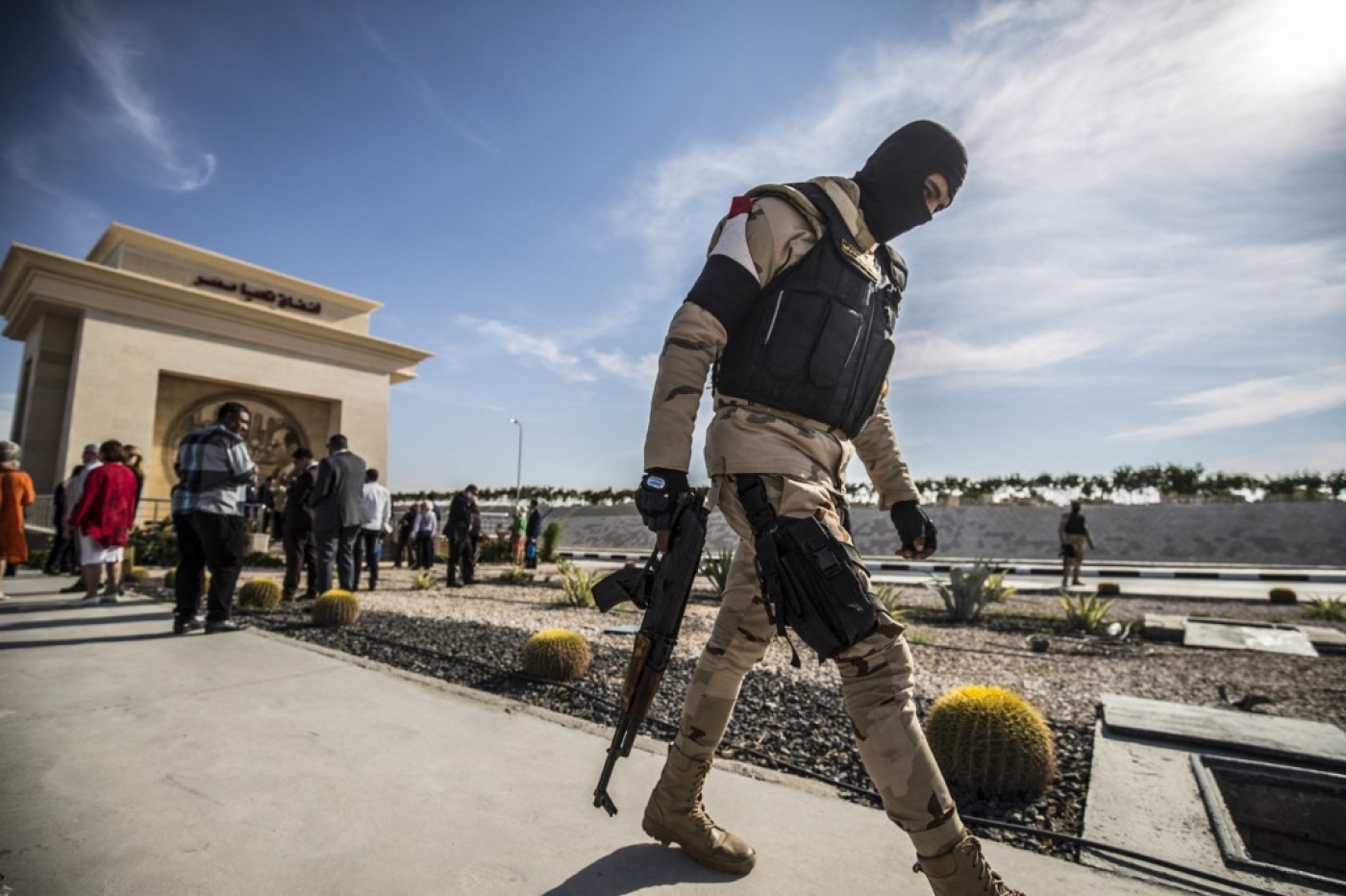 An Egyptian soldier walks away during an organised tour for diplomats to mark the 150th anniversary of the inauguration of the Suez Canal, in the northeastern city of Ismailia, on 17 November 2019 (AFP)
By
Mohammad Ayesh

Armed groups affiliated with the Islamic State group appeared in the western regions of Egypt’s North Sinai governorate on Thursday and have besieged vital areas in the city of Qantara, only a few kilometres from the Suez Canal, according to a news report.

The report by Al-Araby Al-Jadeed newspaper cited tribal sources and eyewitnesses as saying that members of the armed group, affiliated with the Sinai Province offshoot of IS, besieged the power generators in Qantara.

“Members of the terrorist organisation also surrounded the railway area in Qantara and prevented the movement of citizens in those areas,” the report said.

The sources pointed out that police and army forces moved around the area targeted by IS but were forced at a later time to seek the assistance of tribal groups to pursue the members and isolate them.

The Suez Canal and the surrounding area were subjected to a number of militant attacks in the past, the most recent of which was the firing of anti-armour shells at a Panama-flag ship as it was sailing through the canal in 2013. The attack did not affect the work of the canal.

In May, IS members attacked a central water station near the Suez Canal, killing 16 members of the military force guarding it.

A Tunisian court on Thursday sentenced former MP Rached Khiari to two years in prison while he is still being prosecuted in other cases on charges including "conspiring against the internal state security”, according to Arabi21.

Khiari disappeared from public view for more than a year, after the issuance of a warrant for his arrest after he accused President Kais Saied of espionage with foreign parties and receiving funds from US intelligence.

The Tunisian presidency denies the accusations there are political reasons behind the prosecution of Khiari and other politicians. The country has been experiencing a severe crisis since Saied’s power grab on 25 July 2021.

Last week the Public Prosecution issued two arrest warrants against Khiari in connection with two prison terms totalling four years, of which a two-year sentence was issued by the military court and two years by the court of the first instance.

Khiari is charged with "doing what could weaken the spirit of the military system in the army, such as obedience to the commanders or the due respect, and criticising the actions of the General Command or those responsible for the actions of the army in a way that affects their dignity”.

The charges also include: "Intentionally participating in an act aimed at weakening the morale of the army or the nation with an intention to damage national defence and conspiracy against the internal security of the State, intended to replace the State system or to force the population to attack each other with arms, and making contacts with foreign state agents aimed at damaging the military situation of the Tunisian country".

John Bolton: Biden wants to conclude deal with Iran at any cost

Former US national security adviser John Bolton said that President Joe Biden's administration was late in announcing the plan to assassinate him by Iran's Revolutionary Guard due to nuclear negotiations with Tehran in Vienna.

"The announcement of the plan appears to have been frozen due to the ongoing negotiations to reactivate the nuclear deal,” Bolton said in an interview with the Saudi Asharq Al-Awsat newspaper.

“I think Biden's administration will do anything to get back to the nuclear deal. This is what was unfortunately expected for a long time".

Bolton added that "decisions of this kind about the timing of the announcement of certain activities are usually made in cooperation between the Department of Justice and the National Security Council".

"I think that the main foreign policy goal of Biden’s administration is to reactivate the nuclear agreement with Iran. It is a goal that transcends all other goals at the level of foreign policy. That is why the issuance of the official accusation in the case of the assassination plot was delayed," he said.

"The Iranian regime believes that the nuclear weapons programme and its terrorist capabilities are two sides of the same coin. It considers them as tools of the Islamic Revolution against the Great Satan," Bolton added.

The former national security adviser continued: "I have no doubt that the administration will continue to beg Iran to reactivate the nuclear deal, and this is a grave mistake for the United States along with its friends and allies in the Middle East".

Bolton said Biden's policy "sends a message of weakness to Iran, and Tehran is taking advantage of this. And we heard leaks that the administration suggested to Iran that if it is committed to stopping the killing of Americans, this might be a basis for lifting the 'Revolutionary Guards' from the terrorist lists". 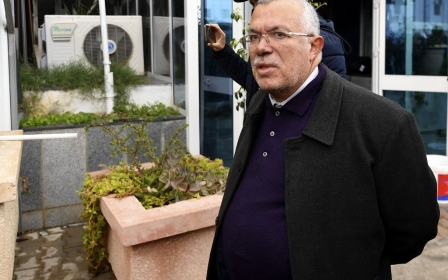 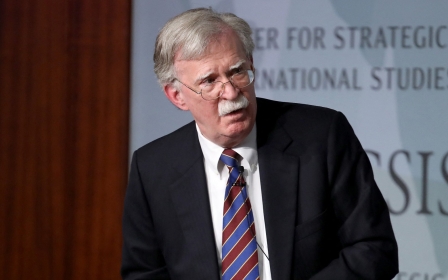